I know people that decided to start riding motorbikes at the grand old age of 65, and the only regret they’ve got is leaving... 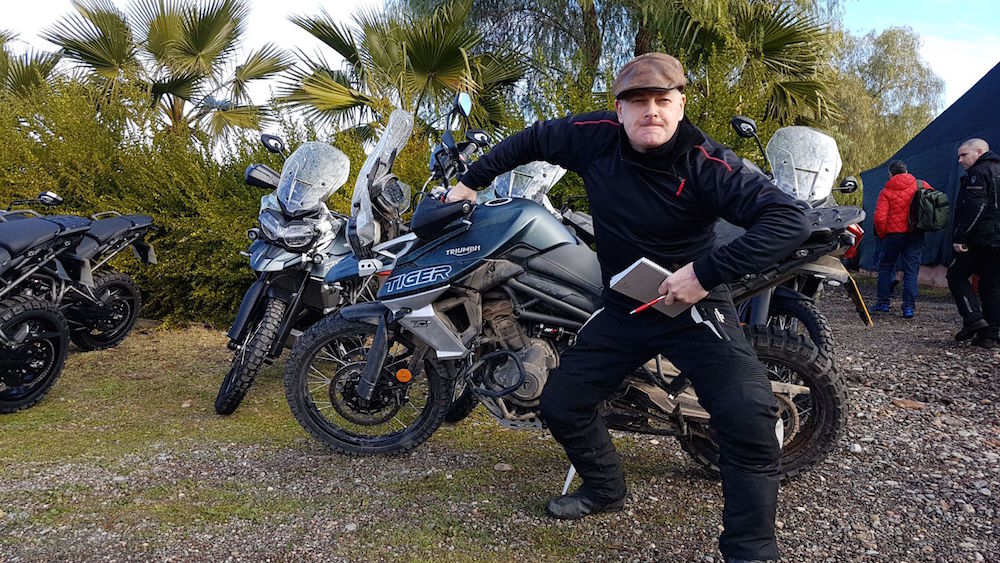 I know people that decided to start riding motorbikes at the grand old age of 65, and the only regret they’ve got is leaving it so late. (It would be pretty frustrating, wouldn’t it; discovering that you’ve been missing out on so much joy, for so many years?) So that’s why I’m here to tell you that you’re never too old to start riding motorbikes. You can teach an old dog new tricks. So post your bus pass back to Boris because it’s time you got on two wheels… and here’s why.

First and foremost, nothing will make you smile quite as much as going for a ride on your bike. I know there might be a couple of things that come close, but let’s face it, the older we get, the less they seem to happen. It doesn’t matter how old you are, stretching the cables on any bike is going to give you a right old buzz. If it doesn’t, you probably need a check-up from the neck up.

In fairness, you could argue that the same could be said for plenty of motorcyclists; and I wouldn’t disagree. Because I suppose it’s true that plenty of us, as we get older, do start losing the plot a little bit. I’m only 30 and I can already feel myself turning into a right grumpy old bastard. I can’t imagine how cantankerous I would be if I didn’t have motorbikes to calm me down, and to take me away from the stresses and strains of everyday life. In fact it would probably drive me mad. So don‘t let a motorcycle-less life drive you bonkers, when all you have to do is buy one. And maybe pass your test, if you haven’t already. I’m not saying owning a bike will stop you getting Alzheimer’s, but it might be worth a try.

What I can definitely tell you though, is that riding a bike regularly will keep your body sharp. Maybe not as sharp as swimming or tennis, but it’s not going to do you any harm. And what better way to get your heartrate up, than to get out on the open road with a few mates? I can’t think of a better way than to start riding motorbikes. Don’t let yourself get old and crusty, get a bike instead.

Because you don’t have to ride a superbike. I mean, you can if you want, if you can fold yourself onto one. But you don’t have to. And if you’re a man or woman of advanced years, you’d probably find something else more enjoyable. An adventure bike, perhaps. Or a naked bike. I’d even let you off buying a cruiser, if that’s what you really wanted to do. Because although cruisers aren’t really my cup of tea, if they make motorbikes accessible to a single extra person, then they can only be a good thing.

And these days, all motorbikes are cool (well most of them). Whatever you ride, however you ride it, as soon as you start riding motorbikes your kids, grandkids and other peoples kids will all think you’re cool. Because you will be cool. You might have grey hair (if any hair at all), but when you turn up on your bike, dressed head to toe in leather, you’re going to turn heads for all the right reasons. Mark my words.

And let’s face it, what have you got to lose? If you don’t like it, you can always knock it on the head. You’re a lot more likely to regret not having a go, than regret trying it, and not taking to it. It might just be the best thing you’ve ever done. You might regret not turning your hand to it sooner. You certainly wouldn’t be the first.

What has age got to do with anything?

Inspirational boothy, my husband has done motor cross for years got his big bike licence 2 years ago now and can’t get enough of it. Have always watched him with the children and a big soppy (maybe slightly envious) grin. Going 2 up with him is amazing fun but have been thinking of doing the whole license thing for a while. Riding as well as being his ‘pit bitch’ would make a good hobby for someone stuck for something to do now the kids aren’t interested in her any more. Thank you, I will give it some serious thought and any bike recommendations to start me off would be appreciated. Don’t hold back he has 2 Italian beauties in the garage. Btw loved the gold shirt and blue shorts combo on this evenings news 😉 molly in Essex

Ey up Molly! I’m glad someone appreciates the thought that goes into my wardrobe, so thank you. There are a ton of really good options for bikes to start you off – if you want something new (I haven’t ridden one yet but), the Triumph Tridents sound like they’d be a cracking bike for beginners. If you’re on a bit more of a budget though, you’d get a decent second hand Yamaha MT-07 without breaking the bank. But the world really is your oyster! Best of luck with it all, and I hope you go for it. Let us know

Yeah I got my licence at 47. Never ridden before. Should have done it a long time ago then again I was a dipshit at 18! I’m riding a modern classic because I’m a hipster dufus. Thinking about getting a trials bike though after doing a trials course.

Well said, Mike, I couldn’t agree more. After road racing on and off through the years since my mid-20s, in 2018 at the age of 50 I traveled from Canada to Northern Ireland to compete in my first Irish road races. I raced at in the Senior Support class on an old CBR600F3 ‘steelie’ at the Cookstown 100 and Tandragee 100 meetings. Although I finished nowhere near the sharp end, I did finish, and in doing so achieved a lifelong dream. It’s never too late, folks! 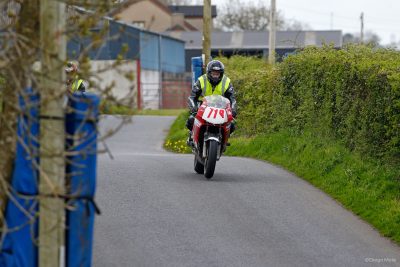 Flipping eck boothy do you always ride with your visor open pal, you look way older than 30 😉

It’s safe to say I’ve not exactly looked after myself!