What it means when someone tells you they’re really fast

A study has shown that it’s impossible not to look like a massive Jeremy Hunt when you tell people that you’re really fast on... 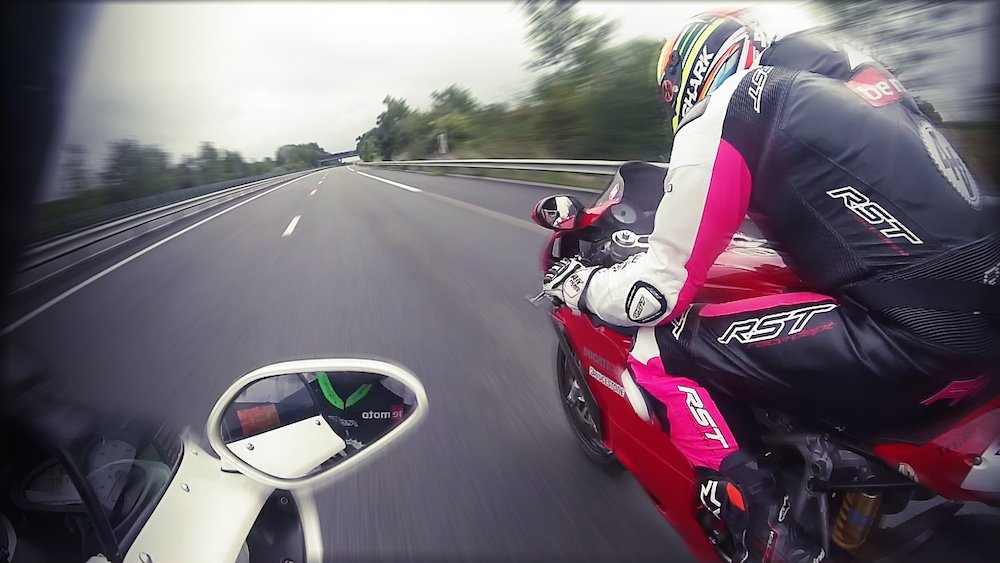 A study has shown that it’s impossible not to look like a massive Jeremy Hunt when you tell people that you’re really fast on a bike. It’s also impossible not to cringe when someone says they’re really fast. Nobody likes a show-off, do they? Or someone who talks out of their bottom. But rather than just dismissing this cock-sure remark as nonsense, you might be interested to know that there are certain things it tells us about the person that made it. Here are a handful of them…

They’re far too keen to impress

There’s nothing wrong with wanting to impress people; we all want to do well. But anyone with an ounce of modesty or self-awareness is unlikely to go around telling everyone how brilliant they are. They’ll let their actions do the talking. Either that, or they’ll let their peers ‘big them up’. Anyone who ‘bigs themselves up’ by telling you how amazingly fast they can ride a bike though, needs to learn that it’s not actually going to impress anyone. First of all, nobody really cares how fast you are. And secondly, blowing your own trumpet will do nothing but make you sound like a bit of a dick.

They don’t know the meaning of the word

When we think of fast riders, we think of the kind of people that have exemplary bike control. Skilled riders that can handle their bike proficiently at speeds beyond a normal person’s ability. If someone tells you they’re really fast, don’t assume they have any more skill than the average rider. What they probably mean is that they’ve got a bike that goes really fast in a straight line, and they aren’t afraid to do it. As long as there are no corners.

They take too many chances on the road

When somebody tells you they are really fast, it probably means they take way too many chances on the road. They’ll be the kind of person that tries to ride as fast as they can, whenever possible, no matter how dangerous it is. On busy roads, outside schools and through towns and villages, they won’t give a monkey’s. If there’s a car that needs overtaking, they won’t care about the blind bend or crest that’s up ahead. They’ll be determined to give motorcyclists a bad name, wherever they go; until they end up underneath an 18-wheeler.

They probably don’t ride on track

You can only ride so fast on the road, safely and sensibly. That’s why most of the fast riders out there ride on track. In fact, a lot of the very fastest riders only ride on the track. It’s doubtful that Mr ‘I’m really fast’ ever rides on the track, because people that ride on the track know very well that there’s always someone faster than them. It’s likely that if he ever did venture onto the track, he’d absolutely hate it, because everyone would be faster than him and his bubble would be well and truly burst. Chips well and truly pissed on.

What’s more likely than him being really fast, is him not being very fast at all. If he was fast, he wouldn’t need to tell everybody, they’d already know. He won’t understand the difference between being a dangerous rider and a fast rider; but he’ll only be the former, not the latter. Rather than spending time honing his skills on a bike, he’d rather spend it telling anyone who’ll listen how brilliant he is. Unfortunately for him, we don’t care. He’s not fast at all, he’s just full of shit.

I’m slow…. and I’m not very fast riding a bike

My favourite is when I’m on track and have threaded a few corners together properly then blast down the straight and then think ‘I must be the quickest in group today’ just as an instructor rides past like I’m sat still.
Character building they call it…

You think your fast, you try to convince everyone you are fast… You go on track day and discover you are average at best 🙂

So many uses of the word “he”…. I know women faster than some men…….

Anonymous who can read
Reply to  Anonymous

Read the text carefully. He gives that special person a face in the form of ‘mr. i’m really fast’. No wonder boothy addresses him with ‘he’
Have a nice day captain gender awareness

I always thought I was quick on 2 and 4 wheels, then I had a trip round Silverstone with a Formula 3000 driver, in a Porsche, never seen a car driven like that before, it was amazing.