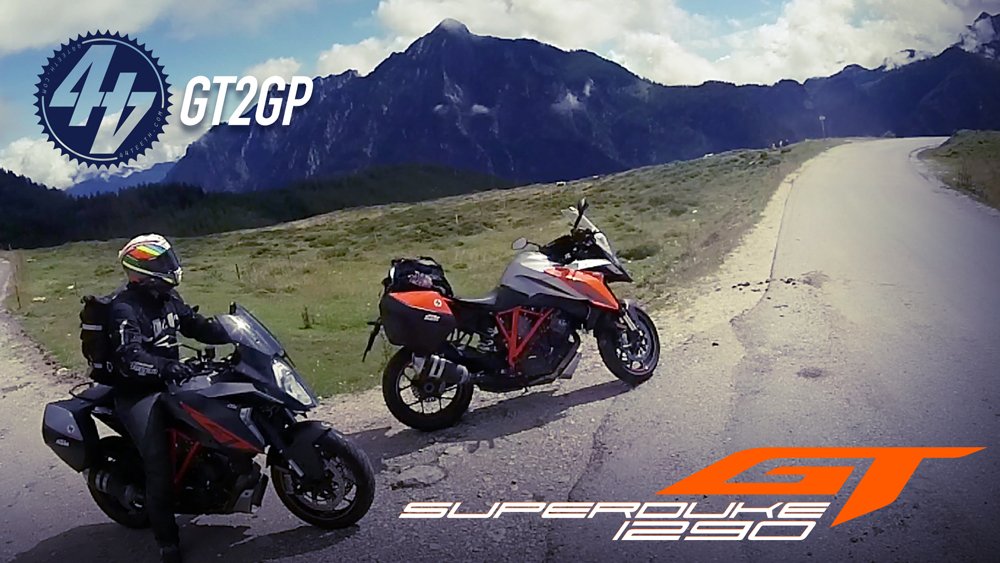 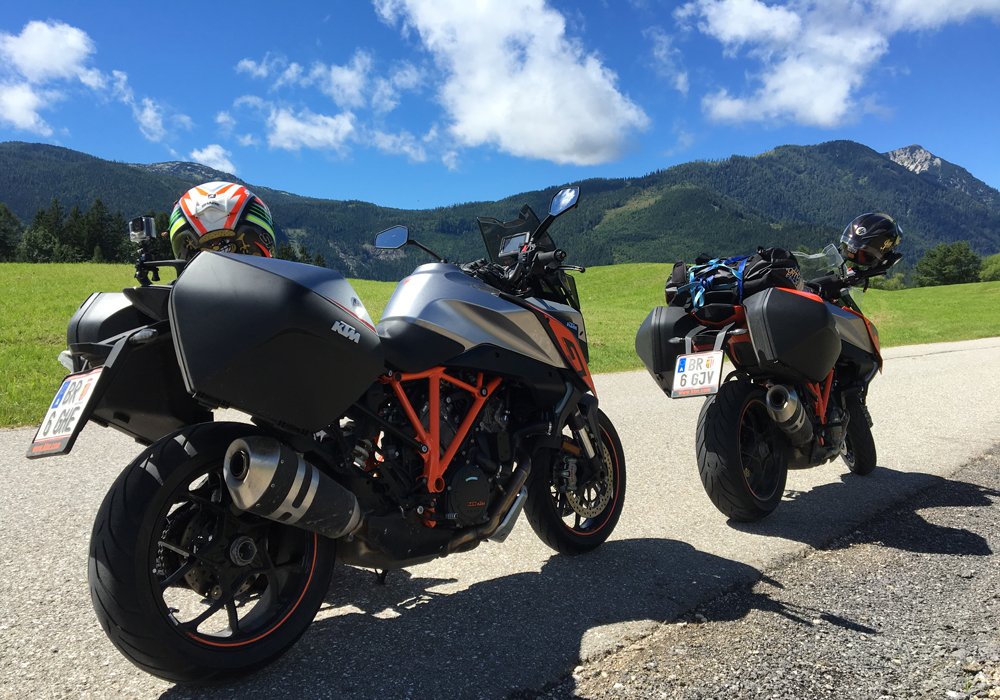 It’s Saturday morning. We’re nursing gargantuan G&T hangovers and pizza comedowns after consuming far too much. The air is still thick with an overriding scent of the Partridge perfumery. There’s one of the most beautiful lakes and consequent backdrops you’ve ever seen. A pedalo elegantly dances on the water outside our hotel – our hotel called Seewinkel – enticing us into taking it for a raz despite being short on time. This isn’t just any Saturday morning: it’s Saturday morning of the Austrian MotoGP and we have a date with the KTM RC16.

After the rainy debacle that you should have now witnessed in EP01, we woke up to glorious sunshine and knew day two was going to be a belter aboard the Super Duke GT. Perusing Google Maps unearthed the onslaught of sexy mountain passes in the surrounding areas meaning we would make it to the Red Bull Ring late in the afternoon, even with Captain Faffery in tow.

From our overnight base in Fuschl am See (home of Red Bull HQ in case we hadn’t told you), we headed southeast on the 158, taking in more stunning panoramas. Just after the small town called Strobl, there’s a pass named Weissenbach that replicates cornering nirvana…on Google Maps Let’s just say it wasn’t what we had in mind, as you’ll fathom from the video…

Friends and foes, this is EP02 of GT to GP