Scott Redding5 VanVlogs3 video33
It’s not often you get a text from a MotoGP rider declaring his free time to ‘do something.’ In a rare extended period in... 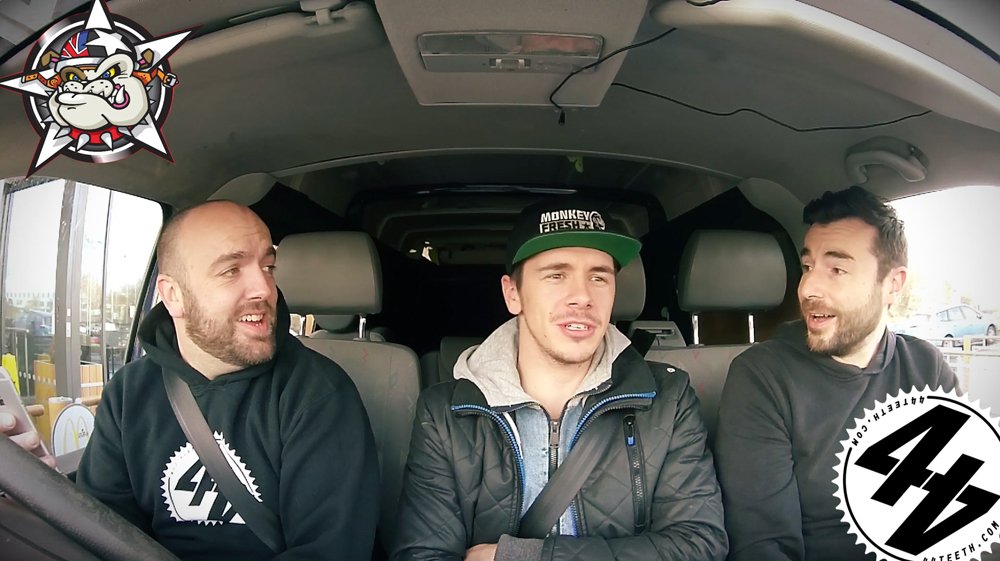 It’s not often you get a text from a MotoGP rider declaring his free time to ‘do something.’ In a rare extended period in the UK, Scott Redding was present at his Young Riders Academy in Swindon (the minimoto mecca for aspiring talent) and couldn’t resist the urge to get involved in some 44Teeth shenanigans.

In another cutting-edge VanVlogs video, Scott took us for some skids in his Shelby GT500 and we made V8-induced girly sex noises in excitement. After the smoke had cleared, we jumped in the van and went to McDonald’s, discussing current affairs before the UK’s king of lean answered some of your questions.

It’s not all shits and giggles: for all you MotoGP diehards, note the interesting nuggets regarding his steed for next season and an intense battle against being bigger than the rest. Thanks to Scott for being Scott.

[…] the biggest fight for the title came from the Aruba.it Ducati Pairing of Scott Redding and Chaz Davis. They finished second and third overall last year. Davis will still have the odd […]