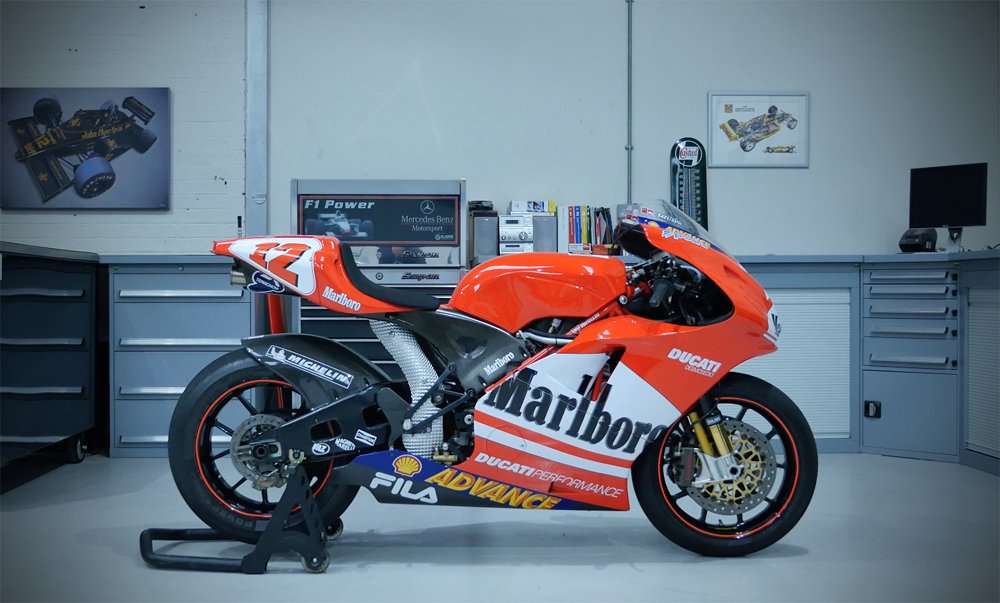 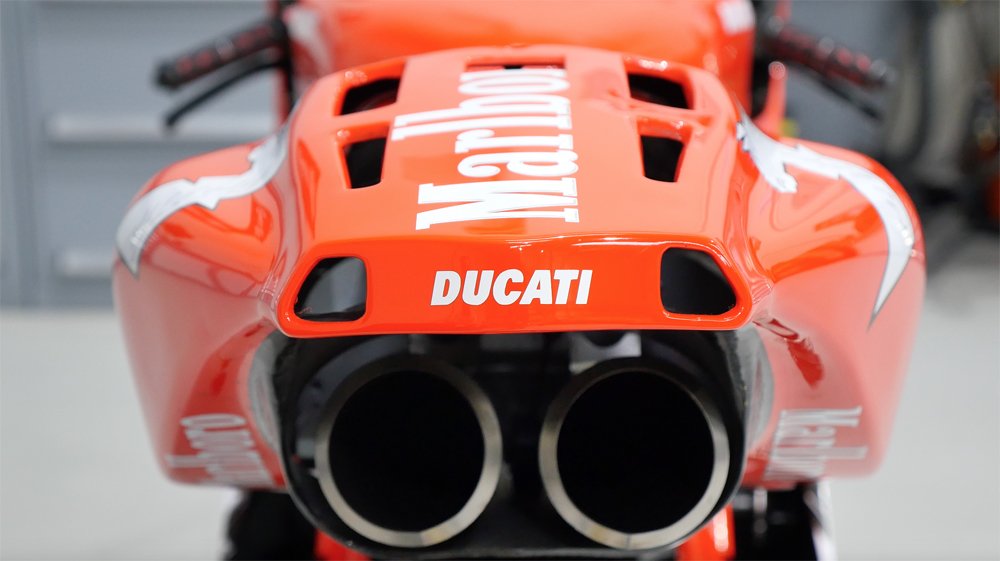 The 990cc era brought big, belligerent beasts and plenty of noise to MotoGP in the Noughties. Manufacturers were still experimenting with engine configurations, chassis set-ups and aero, and rules were far less restrictive than the current directory, which meant a veritable feast of intriguing variations – there was a genuine prototype element compared to today’s sanitised state.

Rarely does one get a phone call from the owner of an ex-factory GP bike, asking whether we’d like to come and peruse its sexiness. So it’s a virtual impossibility that an owner of Casey Stoner’s Desmosedici GP8, Kevin Schwantz’s 1995 RGV500, Carlos Checa’s GP5 and Troy Bayliss’s GP3, plus a title-winning factory SBK, should get in touch and invite us into his dream garage. But he did, and Patrick even let us start them…

Sit back, grab a cuppa (and some tissues), and enjoy 27 minutes of the motorcycling equivalent of Rachel Riley. Or, given the era, Carol Vorderman.