Budget Bike Battle11 Kawasaki ZX-7R4 Suzuki GSX-R750 SRAD4
We’re all too aware that motorcycle media has a natural tendency to focus on fresh, Gucci machinery that not everyone can afford. It’s an... 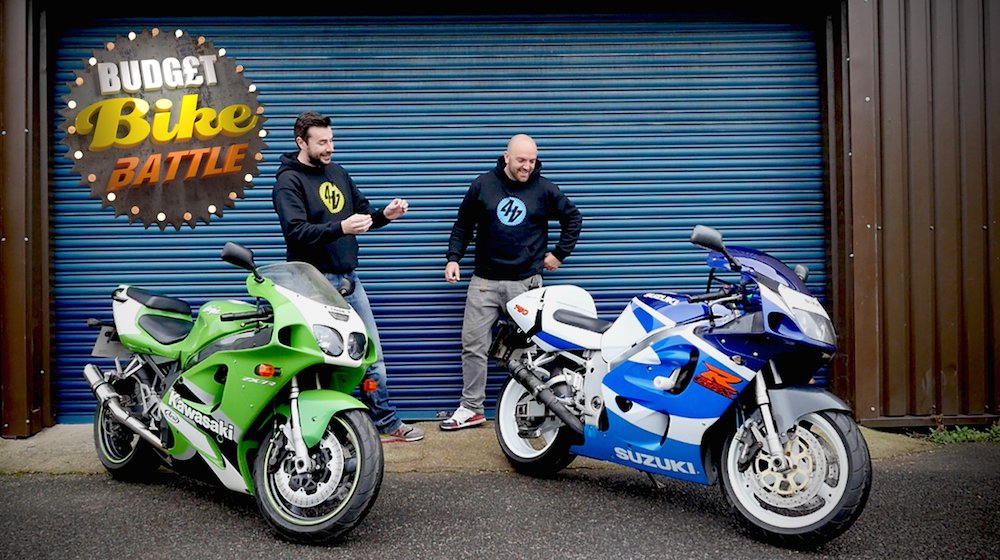 We’re all too aware that motorcycle media has a natural tendency to focus on fresh, Gucci machinery that not everyone can afford. It’s an industry filled with rockstars without the money, which is exactly why we’re bringing you the Budget Bike Battle: a head-to-head series on bargain steeds that’ll be running throughout the winter months, featuring a number of challenges dreamt up by ourselves. And you.

We set a budget of £2,000 to purchase bikes from around the year 2000, and that £2,000 has to include fixing and modifying. Chris – as per usual – was set on something aesthetically rewarding, with scant regard for outright pace and performance. Old Big Nose chose a Kawasaki ZX-7R, while I opted for something devastatingly effective: the Kim Kardashian of the motorcycling world – Suzuki’s GSX-R750 SRAD.

This first instalment is an introduction. Scouring eBay, haggling on deals, driving half way up the country (or just down the road) to collect our newfound pride and joys, followed by a brief examination of the rotting metal.

Enjoyed that, just bought a 2300 quid gsxr k1 1000 so looking forward to seeing the rest of the series

Come on! The ZX7R is (was) a way better bike! We even got them down here is Australia!
Even though your roads are narrow and scary ,our wild life would get you two first!!!
Love your work!
Rob

I wanted to vote for the SRAD but cant find the bloody page where your supposed to vote.

Great to see these classics being blasted. I have a ZX7R and as you said they are great fun on the road. would be interested to see how it is on a track though and your Dyno results will be interesting,
Loving the 44T, best motorbike reviews on youtube and much better than the biased magazines.