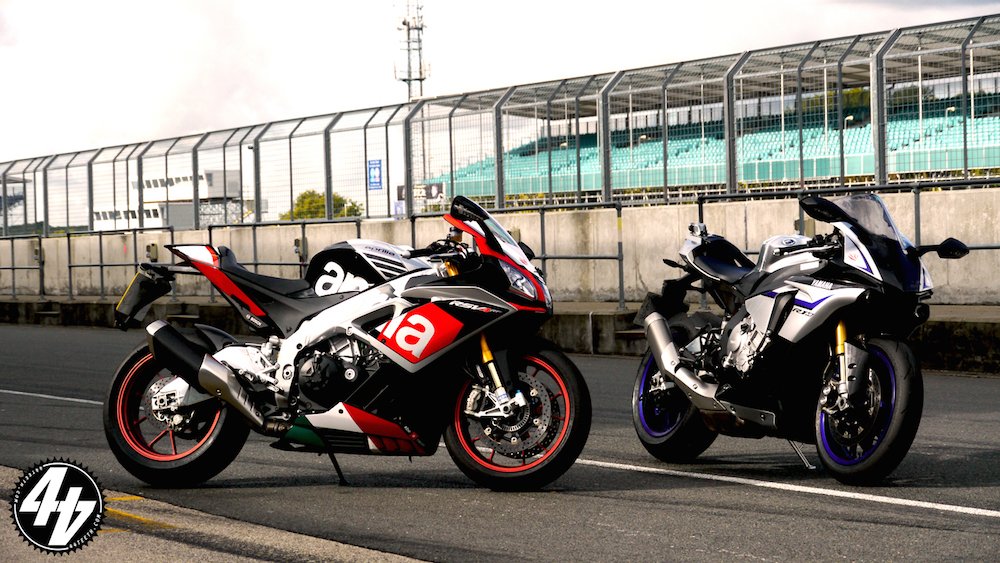 In case you didn’t know, we’ve just nailed a marathon back-to-back test with Aprilia’s RSV4 RF and the Yamaha R1M: a day of circuit assessments at Silverstone followed by a few hundred pothole-infested road miles in the south of England for the ultimate conclusion. And entertainment.

If there was some sort of official terminology for making love to sexy-sounding motorcycles, these two would feature in the definition. This pairing has also bossed 2015 when it comes to all-out sporting performance, lap times and licence-losing pedigree.

This video is part one – a day at one of Silverstone’s in-house trackdays, blissfully quiet with only two groups and about 25 riders in total, which meant unrivalled track time and barely enough time for a poo between sessions.

As you will probably extract from the video, it’s the Yamaha’s Slide Control System that was the day’s overwhelming epiphany. If you weren’t fussed about money, the European manufacturers have dominated the upper echelons of sportsbikes in recent times. Thanks to the R1M, there’s now a shift in power.

Big thanks to Silverstone for the day, and to Ash for holding the cameras…