New bikes58 Use Bikes1
There’s tons of new and exciting models appearing in nearly all of the major manufacturers dealerships. Not to mention more and more finance options... 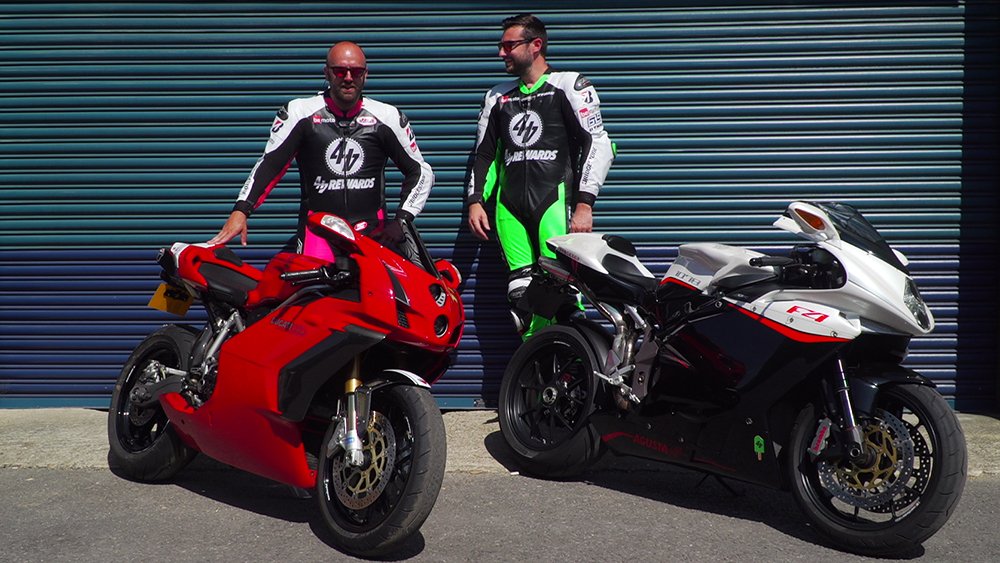 There’s tons of new and exciting models appearing in nearly all of the major manufacturers dealerships. Not to mention more and more finance options available every single day. The temptation to have a brand new bike in the garage has never been greater. But for every new bike, there’s umpteen used bikes. And they’d all look almost as good parked next to the kids pushbikes, the cardboard boxes and that old fridge. So what’ll it be, sir? Is the allure of a zero miles, £20k superbike too much? Or are you happy to make do with someone else’s sloppy seconds, for the sake of saving some cash?

And you really can save a ton of cash by buying a pre-loved bike. If you pay £20k for the latest superbike, you’re never going to see that money again. Chances are in three years’ time, when you fancy a change, it’ll be worth nearer £10k. Even if you manage to sell it for £11k, that’s still £3,000 a year it’s cost you. If you’re the bloke that buys it for £11k, yes you’re still going to loose a bit of money, but nowhere near as much. It might be worth £8k after you’ve had your three years, so ownership’s cost you a grand a year, rather than three. And it’s but it’s still probably just as good as it’s always been.

That said, it’s not going to be as good as the latest and greatest. Every year bikes get better and better, in almost every way. Nine times out of ten, the latest version of any bike is faster and better handling than the one that came before it. So if you need the very best, and you can afford to pay for it, then it’s a no-brainer. That said, bikes have been so fast, for so long now, that although a second hand one might not have the legs on a brand new one when you’re giving it the berries round a track, anything with a decent sized engine, manufactured within the last 15 years or so is going to be fast enough.

Faster, contrary to popular misconception, doesn’t always mean more dangerous. With traction control, ABS, anti-wheelie and all the other safety features, the latest bikes are almost uncrashable… OK, that’s a lie, they are still very crashable, but you catch my drift. And the super modern, space age electrickery that any new bike worth its salt is bursting with, isn’t just about safety, either. Things like shifters and blippers, different power modes, heated seats and grips and Bluetooth connectivity are constantly making bikes better performing, easier to ride and more comfortable. Some will even answer the phone for you.

But you have to ask yourself if you really want all that stuff. Sure it’s nice to have all the tech, and most of it is going to make your ride that little bit better. But it’s not going to change your life. Nobody actually needs that extra few bhp, or that long list of gadgets and rider aids. But it’s nice to have it. Just like it’s nice to have a brand spanking new, completely unmolested (except by you) bike to razz around on. I’m not saying a new superbike is a penis extension, but if it was, it would be the best type of penis extension going.

So should you buy a new bike or a used bike? Well there is no right or wrong answer here. If you’ve either got a load of money, or don’t mind tying yourself into a finance deal, then why not. You can have the sexiest, fastest, techiest thing going. You probably won’t be able to get anywhere much faster, but you’ll enjoy every second you spend on your bike; you’ll have to, the amount it cost you. But if you want to save a few quid, or quite a lot of quid come to think of it, you could buy a used bike. It might not do anything for your street cred, and you might feel like you have to bling it up with some aftermarket parts to keep up with the Jones’. But you’ll probably have just as much fun as your mate on his all-singing, all-dancing state-of-the-art superbike.

I’d say if you can stretch to it have one of each. I irresponsibly splashed a chunk of my retirement wedge on a brand new Z1000R last March but it sits in the garage right next to my trusty 14 year old GSXR750 and I love them both

I’m not sure where all the amazing deals are on second hand bikes that everyone seems to think exist? Once you’ve sifted out those that have been thrown down the road, been around the world, haven’t been serviced since it was bought, or just loaded with cheap crap mods, you end up with a handful of decent examples of bikes which people expect silly money for. Sure if you go to a dealer with your 3 year old bike they’ll take you the book price is now pennies, but try get a clean Gen 1 S1000rr and you’re still talking 8k for a bike thats 12 years old and was 11k new. Even a 15 year old blade or gixer you’re talking 6k. Break that down and it’s more like £300 a year depreciation. I just wish I’d kept a couple of my old bikes a little longer now, seems it’s a sellers market.

Great article Boothy, Im in the market for a 2nd bike but cant decide if I should splash out 15k on a V2 or less than half that on a 06-07 blade… Will be coming up from a 600 as I feel I’ve out grown it and want something with a bit more poke. Test rides are needed so I can get a good feel for what I’m really looking for. Any advice would be greatly appreciated. Keep up the good work lads

After watching all the Bob’s again recently and following Chris’s spending spree on old school metal. I do find myself looking at older bikes. I’d love an 848. Sure the new v2 will piss rings around one. But to have in the garage to dribble over and ride on the odd sunny weekend I dont think I’d get any more out of it. And it’ll save me about 7k!

Excellent article, very true. We all get excited about things like the latest TFT dash but when you are riding how often are you staring at your dash! Getting out more often on what you have with decent gear for rain etc is going to make you far happier than any new bike. Spend the money on fuel, tyres and longer trips I say.

When are we getting the next episode of reloaded? Cheers

Just got me an RSVR Factory to restore to glory exactly because I’m fed up with all the bells and whistles on new bikes. Also cost me a sixth of the cost of the latest machine. Reckon I’ll have more fun wrangling this beast!

I have brought nothing but 2nd hand bikes as I could not afford toget a new bike, always had problems with them but I will be buying new even if its a2019 rsv4 1100 now the new 1 Is coming out they have dropped alot in price plus I’m the sort of person to keep a bike like 5/6years I don’t believe the upgrades year to year warrant a new bike….

Got a bit of both, I ‘bought’ a factory fresh 2018 S1000XR back in October, parked besides that is a 21 years old 600 Hornet.
That petrol stinking old mess always gets my blood pumping when it howls down the road at 13k rpm. 😉

It’s hard decision with both available so easy. Pre raped bikes are cheaper but can come with high bills that the new bikes have covered with warranty. As long as u can afford the monthly payments then happy days