Racing220 trackday12
There’s a big difference between being reasonably fast on a trackday and being ready to win races. I’ve lost count of the amount of... 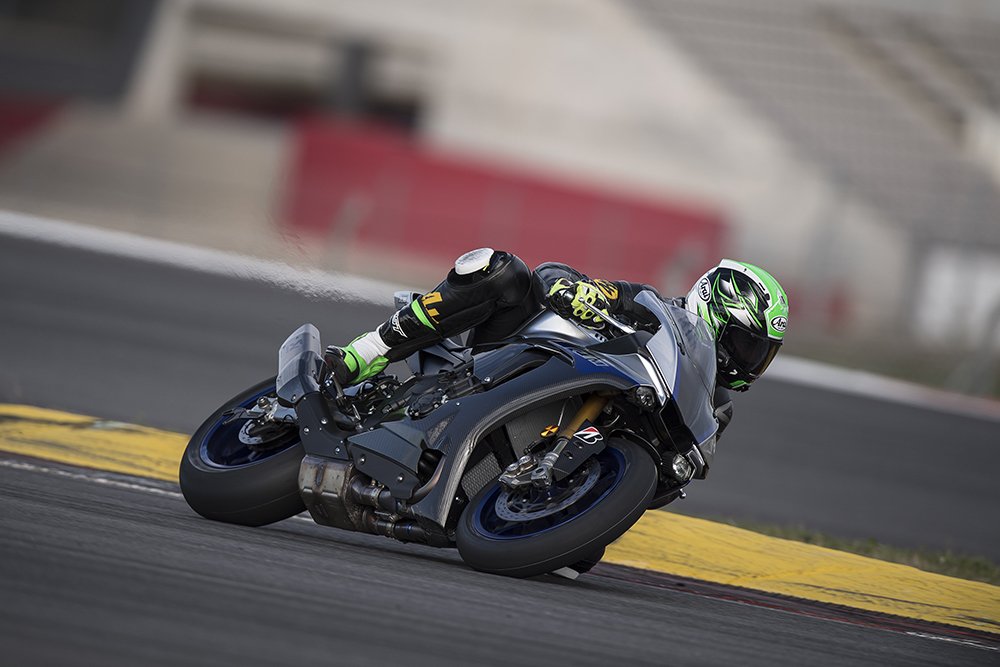 There’s a big difference between being reasonably fast on a trackday and being ready to win races. I’ve lost count of the amount of times I’ve heard people say, “that so-and-so on the R1 in the fast group should definitely be racing; he’d clean up!” or words to that effect. But the truth of the matter is, it’s not quite as easy as that. And here’s why…

He’ll soon blend into the mass of fast lads because race meetings are top-heavy with them. These days, all the clubs have fast riders at them. Some though, have very, very fast ones. Most club meetings throughout the racing calendar will have ex-BSB spec riders keeping their hand in from time to time. In fact the ones that don’t clash with BSB rounds will quite often attract current Superstock level riders; and you’ll be doing well to beat one of them, fresh from trackday glory.

But it’s not just the front runners that are fast when you go racing. At any racing club, 99% of the grid would be fast-group-pace trackday riders. And most of them would be at the front of the fast group too. So rather than everyone lapping within 30 seconds a lap of each other, you’ll probably find everyone is lapping within 5 seconds (disregarding a few anomalies at either end of the spectrum).

So instead of catching someone, passing them and clearing off, like you might on a trackday, if you do manage to pass someone in a race, you’ve got to be prepared for them to barge right back past you. Because they will, if they can. There’ll be none of this two meter business, like on a trackday; if they can get back past you and shit you up at the same time, they will.

When you’re racing with someone that’s a similar speed to you, it’s really, really hard to overtake them. And if they’ve got any experience, they’ll know your there and try and make it even more difficult. Sometimes, to make a pass, you’ve just got to force the issue. Do that on a trackday and you’ll make someone cry (and get black flagged). Getting your elbows out is just part of racing, though.

And one of the hardest parts of racing is being able to get your elbows out, and keep them out for 10 laps or so. 10 laps might not sound a lot, but it is when your going as fast as you can, trying your best to barge past as many people as possible. If you’re half decent, you might squeeze 10 laps into a 15 minute trackday session, but it’s not the same. Even if you think you’re giving it your all, there’s no real urgency on a trackday session. You can knock the pace back 10% for a lap, to give yourself a breather. Have a lap off. A couple of corners off. People do it subconsciously. But not when you’re racing. Not when there’s a queue of lads snapping at your heals.

But don’t let the fact that you’re not going to be the fastest there put you off. You’re only going to get so fast by doing trackdays before you hit a ceiling. Like in most sports, it’s not until you start seriously competing that you start seriously improving. If you think you’re a fast trackday rider, you probably are, well done. But that doesn’t make you a fast racer. All it means is that you’re ready to start going racing. And that’s exactly what you should do. It might be the most expensive decision you’ve ever made. But it might be the best one too.

nail on the head.. its crazy when lads on trackdays try to keep pace with racers though, in the fast group, who are out for a bit of practice.

alot of the time it doesnt end well.. they either bin their bike and ruin their day, or they take out the racer.

thankfully ive never been taken out by a trackday rider but i have seen it happen.. 😱

Stop it!! I’ve been toying with the idea of doing a little racing and this just adds to the pressure haha!

At Cadwell Park and there were some fast people out on track, then there was Richard Cooper!

I’m not sure this is anything other than self evident. There are plenty of people on trackdays though who take it too seriously and who really ought to just go racing.

On a TD you hit a ceiling where you are fast enough and there is little reward for going any quicker, you’re having fun and you can play in the fast group without embarrassing yourself. However the stopwatch is brutal when racing and in my first season I found 8 seconds a lap at Cadwell but also came off 4 times having never done so on countless trackdays.