Top 5 ways to improve your motorbike

Improve your bike1 Workshop6
There isn’t a bike in the world that is absolutely perfect. Ok, one or two are quite close and most modern bikes are very... 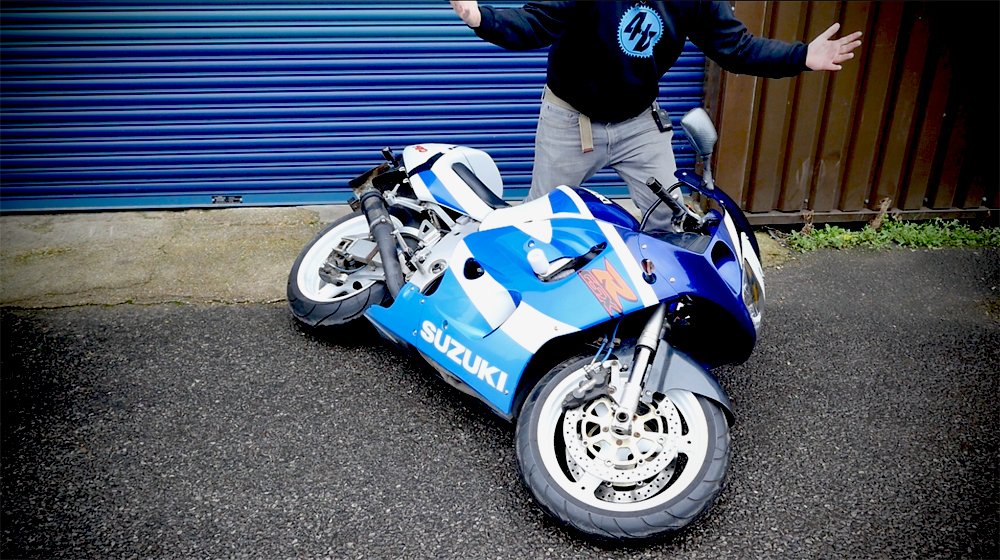 There isn’t a bike in the world that is absolutely perfect. Ok, one or two are quite close and most modern bikes are very capable of doing everything well. But thanks to manufacturers developing bikes to please the majority, not to mention jump through various legislative hoops dependant on where in the world the bikes are to be sold, they can always be improved upon. And certainly made ‘your own’. The first thing you need to do when you buy a bike is order some 44T stickers from the official 44teeth.com shop to bling up the bikes livery and support your favourite motorcycle website. But that goes without saying. When you’re ready to seriously improve the performance of your bog-stock motorbike, there are a handful of things that you definitely need to think about. Here’s a list of our top five.

This is an no-brainer, and an easy one. Euro5 regs have got a firm chokehold on modern bikes and it tends to be the exhaust that bears the brunt of the mechanical castration. You’ll find umpteen catalytic converters, lambda sensors and Christ knows what clogging the thing up. There’s little wonder why bikes are coming out of factories with such big ugly exhausts. A full system can quickly and easily bin all that nonsense off. And it’ll give you more power, less weight and a much more tuneful engine note.

Most of the gubbins tends to be in the link pipe and end can. That means you can usually save yourself a few quid by leaving the standard headers on. But even that can cost you a grand or so, so if you are going to do it, it’s worth spending a few extra (hundred) quid on a decent air filter, and some dyno time, to match the fuelling to your bikes newfound ability to breathe. You can expect a weight saving of 5kg to 10kg. That obviously depends on what you replace, and with what material i.e. stainless steel, titanium etc. You can also expect an increase in power of 5% to 10% once you’ve faffed with the fuelling. Easy peasy.

Ok, this isn’t going to directly improve the performance of your motorbike. But it can definitely (be it indirectly) lead to improved lap times, should you take your bike on track. By that I mean, if you’re ever so slightly less likely to write your bike off when you crash it, you may be inclined to brake that little bit later, turn that little bit harder and get on the gas that little bit earlier. Maybe. But whether it makes you faster or not, you’ll be glad of it when you lob it at the scenery.

A few hundred quid’s worth of bar ends, fairing protectors and the like could quite easily save a few grands worth of costly crash damage. That could be the difference between writing your bike off and not. Or just having to bother your insurance company in the first place. I’ve had crashes that haven’t caused any damage at all to the actual bike. All thanks to engine covers and fairing bobbins and stuff. Nobody intends to crash, but it happens, that’s why we wear helmets. We all protect our heads from crashes, so surely it makes sense to protect your bike.

This is another dead easy and dead cheap way to improve your motorbike. And it’s one that a lot of people seem to overlook. You can dramatically change the characteristics of a bikes power delivery by changing the sprockets. And it’ll cost you less than fifty sheets.

Imagine you’ve got a ZX-10R or a Fireblade, and you don’t like the fact that the engine needs so much winding up. On a bike with such long gearing (as standard), you’ll probably find yourself in first gear, with the needle a mile away from the grownup end of the rev counter, whenever you are in town or sticking to the slower speed limits. It’ll make your bike feel dull and lethargic. Not if you were to put a smaller front sprocket on, though, or a bigger one on the rear. You’d instantly find the engine characteristics a bit more exciting. One tooth smaller on the front sprocket (£15 – £20), or a couple bigger on the rear (£30 – £50) is all you’d need to feel a difference.

Of course it’s a trade-off. Better acceleration would be to the detriment of the bikes top speed. But how often do you really need to do 150mph+ on the road? Never, your honour! But, if you did happen to find yourself on the limiter in top gear too often, fine; a bigger front or smaller rear sprocket should give you a bit extra top speed. Provided you’re engine has the power to pull it.

Some bikes, old and new, have got smashing brakes, and you’d be well advised to leave them be. But some bikes don’t. It’s actually quite easy to improve the brakes on an older motorbike. By the time you’ve got decent discs and pads, braided lines and some decent (and more importantly fresh) fluid in there, chances are the stoppers will be half decent. Granted some models will benefit from aftermarket callipers and/or master cylinders, but that’s more for those who plan on going on the track. It’s a bit triciker on new bikes, with their smorgasbord of lines, pumps, relays and what-have-you (thanks to ABS systems). So you you’ve got to be a bit more careful.

If your destination is the racetrack, then the only thing to do is bin the entire ABS system off. It won’t help you on the track (quite the opposite) and you’ll save a ton of weight. But if it’s your road bike, that’s probably not the best advice. If you hate your bike’s ABS and feel safer without it (plenty do) then you can buy ABS eliminator kits. But our advice would be to get used to living with it. Try to improve your brakes feel and strength the old fashioned way. I’m talking about discs, pads and maybe some trick callipers, if you’re feeling flush. That way you’re likely to have more control with the lever, so less likely to need to yank them on and upset the ABS.

No. 1 Suspension and Set-up

Suspension is something that must never be neglected. That’s why it’s number one in our top five. If you ask me it’s one of the first things to think about when you want to improve your motorbike. And you don’t have to spend a fortune. In fact you could potentially make some marked improvements without spending a penny, should your bike have adjustable suspension on it already. If it does, it’s worth having a bit of a play with the settings to see if you can feel the difference it makes. But remember to only do one thing at a time and to write EVERYTHING down. You need to make sure you know where you are with it. And you need to be able to put everything back if you decide you don’t like the changes you’ve made.

It won’t cost you a fortune to visit a proper suspension technician and have your bike set up professionally, though. And if it’s an old bike, why not whip the forks and shock out and get them serviced, too. If you want to do it properly though and really make your bike your own, some aftermarket stuff wouldn’t be a bad shout. You don’t have to go for full-on superbike spec suspension for either your road bike or track bike.  And you can always buy decent stuff second hand. If you do though, best to get it serviced and checked by a pro before you use it. Upgrading the suspension to something properly adjustable, and having it set up well, will probably be the best thing you’ve ever done to your bike.

I reckon suspension could be 1-5 on this list. Improves comfort, stability, confidence, handling and reduces the chances of crashing.

And a better set of tires… That doesn’t hurt either…

Great article, please check your Facebook messages as have been waiting to hear back from you guys for two weeks 🤪