Exotica4
We’ve seen them in the magazines, at the bikes shows and on the telly box. We’ve dreamt of having one in our garage. For... 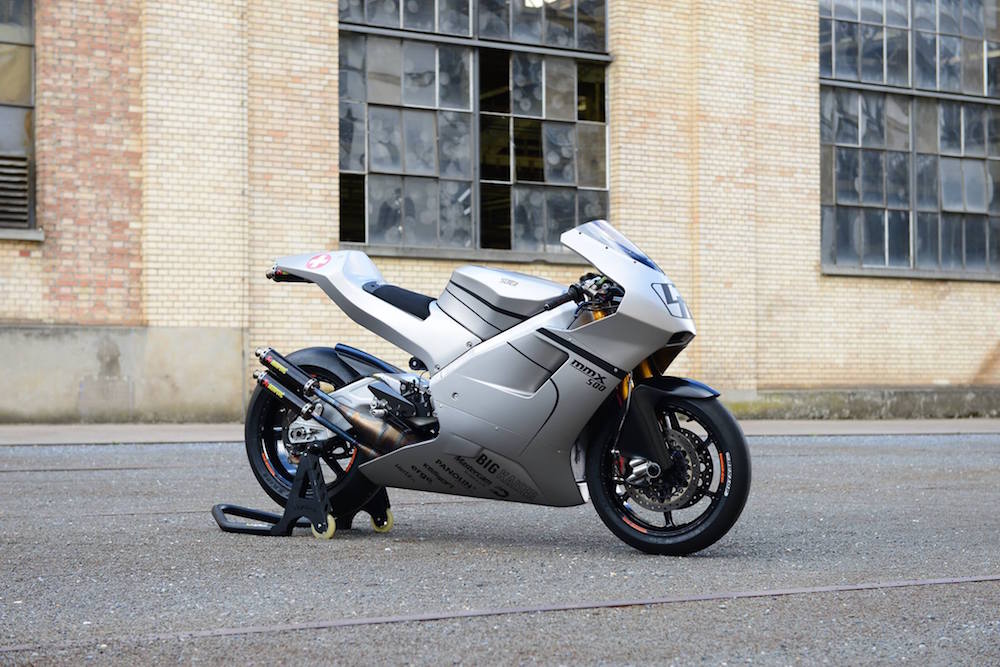 We’ve seen them in the magazines, at the bikes shows and on the telly box. We’ve dreamt of having one in our garage. For most of us, we’ve got more chance of getting a blozza from the queen than owning a £100k superbike. But it’s still a wonderful thought (the superbike thing, not the blozza). So to tug on your heart strings, we’ve compiled a list of the top 5 most expensive production sportsbikes money can buy. Kleenex at the ready…

At £137,000 (when they were new) you’d probably struggle to buy one of these without the wife finding out. Especially when you consider it’ll cost you another £10k for the Sports Kit. Said sports kit plumps the standard 159bhp up to a more value-for-money 216bhp. This ‘MotoGP bike for the road’ has a 999cc V4 engine based on the full-factory lump first seen back in Honda’s 2012 MotoGP bike. You also get MotoGP derived electronics technology as well as GP style mass centralisation and full Öhlins suspension. A cleverly designed frame affords rigidity only where it’s needed without piling on the pounds, resulting in a 160kg dry weight. That’s British Supersports territory.

It’s all very well though having a ‘MotoGP’ bike in your garage, you would certainly be the talk of the town, but at seven times the price of a standard Fireblade, how many seconds do you think it would really knock off your lap times? Besides, you’d probably struggle to get hold of one these days, anyway.

Ok, this never went into ‘mass-production’ but we couldn’t leave it out, could we? A 197bhp bike is always going to be crackers. But when it’s a 576cc V4 two-stroke, weighing in at only 127kg; well that’s just off the hook. It’ll cost you £100,000 but it’ll make you feel like Rossi, Roberts, Biaggi et al circa 2000 on their 500cc two-stroke GP bikes. The MMX chassis is fully adjustable, so too is the MotoGP spec Öhlins suspension. You get an Akrapovič titanium exhaust, a choice of mag or ally OZ wheels and full carbon fibre bodywork.

And it’s not just a gimmick either. The MMX was good enough for Ian Lougher to take to the IOM TT to try and ‘smoke’ the opposition; ok, he didn’t smoke them all but he didn’t do a bad job, finishing 21st in the 2018 Senior TT. Have I sold it to you yet? If so you better hurry up because there is only 99 of them on the planet. And when my lottery numbers come up this Saturday I’m getting in the queue.

With a production run of 500, this is the most exclusive Ducati ever made. It’s also the only production road bike with a carbon fibre frame, swingarm and wheels, so it’s pretty special. Its engine is based on the 998cc Panigale V4 R engine, but they’ve managed to make it 2.8kg lighter and 234hp (when you put the racing exhaust on it). And at 152kg, it’s got a power to weight ratio of 1.54hp/kg, which is nothing short of ridiculous.

One of my favourite things about the Superleggera though, isn’t the bikes impressive tech spec; it’s the fact that when you buy one of these puppies, Ducati will invite you to spend a day with them at Mugello. They’ll not only teach you how to ride your Superleggera, but give you the chance to take their World Superbike machine out for a spin, all under the guidance of Ducati’s official test rider, Michele Pirro. Or, if you are one of the first 30 to sign up for it, and you’ve got another €4,000 to give to Ducati, they’ll let you have a go on their Desmosedici GP20 MotoGP bike. It’s a money-can’t-buy-experience that, on this occasion, money can buy.

Again, this isn’t a production bike as such, more of a variation on a production bike, the RSV4. And you don’t have to go balls-out and get the GP variant of the ‘FW’ (Factory Works) if you don’t want/can’t afford to; there are SSTK1, SSTK2 and SBK versions, each one more expensive and higher spec than the last. £72k, though, gets you the all-singing, all-dancing RSV4 FW-GP. It comes with full Öhlins suspension, a racing loom and Aprilia’s APX2 ECU, with GPS data-logging. But the big difference is in the motor. It has pneumatic valve timing to guarantee maximum power of over 250hp.

And if you put your name down for one, Aprilia will make a bit of a fuss of you. They’ll invite you over to the factory in Noale to discuss and agree the exact spec of your new bike and then, when it’s built, get you on an Aprilia trackday where their race engineers will help you set your bike up. Oh, and you’ll have a hotline to the technical department at Aprilia too. That’s just in case you need any help with your RSV4 FW-GP when you’re elsewhere. And if that’s not enough, you get a set of Aprilia Racing leathers and a weekend pass to a MotoGP round thrown in for good measure. Bargain.

It might be based on the last generation BMW S 1000 RR but the HP4 Race is the most exclusive bike that BMW Motorrad have ever made. Each one is handcrafted by a small team of specialists in the BMW Motorrad plant in Berlin with the ‘highest levels of precision’. That’s probably why it’s worth £68k. Well, that and the fact that it’s got a full carbon fibre frame and wheels. It weighs a mere 146kg which is lighter than a World Superbike. In fact that’s nearly as light as a MotoGP bike.

But it’s not just a carbon frame and wheels. You get proper racing Brembos, proper racing Öhlins suspension and a full titanium Akrapovič system with a carbon end can. You get 215bhp @ 13,900rpm (rather than 199 @ 13,500rpm). That’s thanks to a bit of blueprinting, Pankl conrods, bigger cams, a lighter crank and a bit more compression. And they’ll even run it in for you at the factory so you can take it straight to the track. And when you are there, you can make use of the 2D dash and datalogging system. If there’s £68k burning a hole in your current account, a HP4 Race might just be the perfect purchase. Just ask Baron von Perkins.

what about the Ducati Desmosedici or the MV Agusta Senna edition?

Just don’t see the point in purchasing mega money bikes that cannot back up everyday performance. Like the MMX finishing 21st with a talented rider onboard or the RC213 well down the grid. The BMW is the closest you’ll get to a race weapon.

Those are all really nice. But totally unattainable so an old ZX6-R will have to do for now as a track bike 🙂 not that its actually even built yet 🙁

8
Reply
Search Our Articles
Past posts