BSB17 Racing166 Thruxton6 trackday9
This weekend, BSB are back at Thruxton, one of the best circuits in the world, and the fastest circuit on the BSB calendar. The... 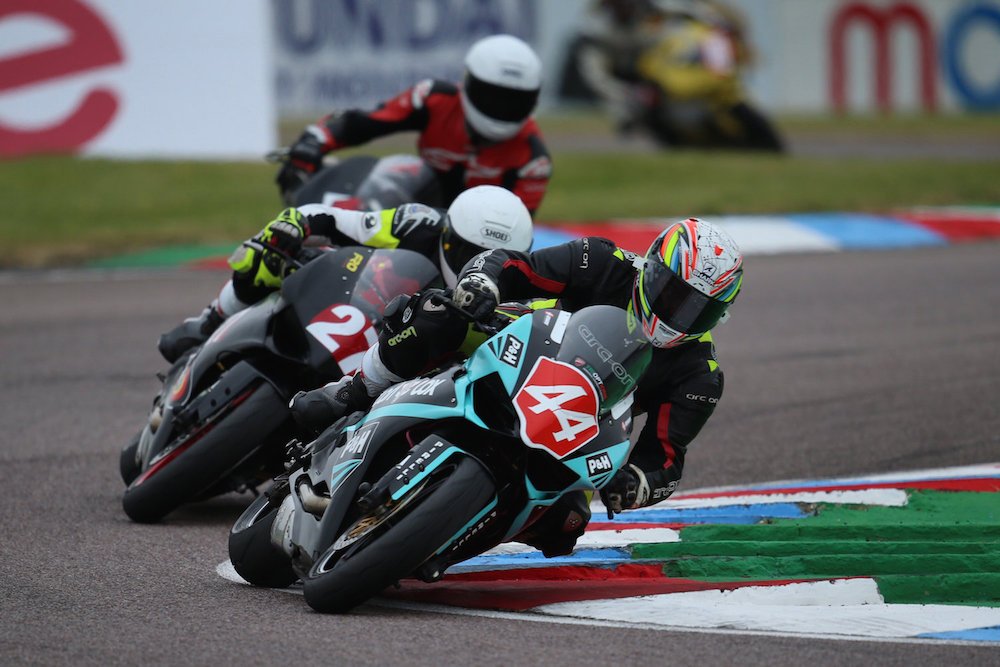 This weekend, BSB are back at Thruxton, one of the best circuits in the world, and the fastest circuit on the BSB calendar. The Hampshire circuit is fast, flowing and mega grippy, but apart from seeing it on the telly, or watching it from the side-lines, you’ve probably never experienced it. Because unless you’re a BSB rider, chances are, you’ve never had the opportunity to ride there. Which is a crying shame.

Because despite there being a fully operational aerodrome on the infield, there are only so many days per year that Thruxton Circuit is open as a motorsport venue. And because those few days are shared between bikes, cars and trucks, bike trackday companies don’t get a look in.

Every once in a while, the NG Road Racing club will have a race meeting there, but they’re the only club that I can remember ever having an event there. And I don’t think I know anyone that’s ever done a trackday at Thruxton.

And something needs to be done about the situation. I’m fed up of local councils bowing to the whims of every complaining resident. Or every resident that can hear the sound of bikes once every couple of months, as long as the wind’s blowing in the right direction.

Because Thruxton is an incredible circuit. And the fact that it sits there for so much of the year without bikes flying round it is such a waste. Such a horrendous waste. So if you’re a race circuit NIMBY, who complains about anything there is to complain about, will you kindly stop it. Because we want to ride there.

Thruxton has got some of the most frightening corners on the planet, but they all flow into each other so beautifully and so fast, that you’re out the turn before you’ve even realised how scared you were.

Church Corner, the one that leads onto the back straight, it ridiculous. It’s probably the fastest place anyone will ever have their knee on the floor. You’re talking the best part of 130mph. It’s absolutely outrageous, when you think about it. But that’s probably why it’s one of my favourite circuits of all time.

Whilst it is an awesome circuit to ride, it’s actually a bit of a rubbish one to spectate at. You can only really see the first few turns and then the last chicane; the slowest parts of the circuit. Which is why you need to ride there to appreciate just how fantastic the 2.4 mile stretch of tarmac is.

So when I become Prime Minister, things are going to change around here. I’ll be putting a bill straight through. And it’ll say trackdays, race meetings and anything else you want, will be unlimited at Thruxton. And all the other race circuits, for that matter. Can I count on your vote?

As a spoilt brat, from the age of 4.27, I was very fortunate that my late Father (Peter Inchley) was part of the Norton Villiers race team based at Thruxton. Watching, hearing and smelling the Nortons practicing there was a memory not to be forgotten.

When my Father passed away I placed his ashes one place up from pole i.e. in the grass just to the left of the front row of the grid. I did four laps of the circuit with his ashes in my back pack and could hear him saying “Is that the best you can do Graham”?

So, when you become PM give me a shout.