The throttle works both ways.

A mate of mine passed his bike test about 20 years ago, spent a couple of years occasionally wobbling about on an SV650 and... 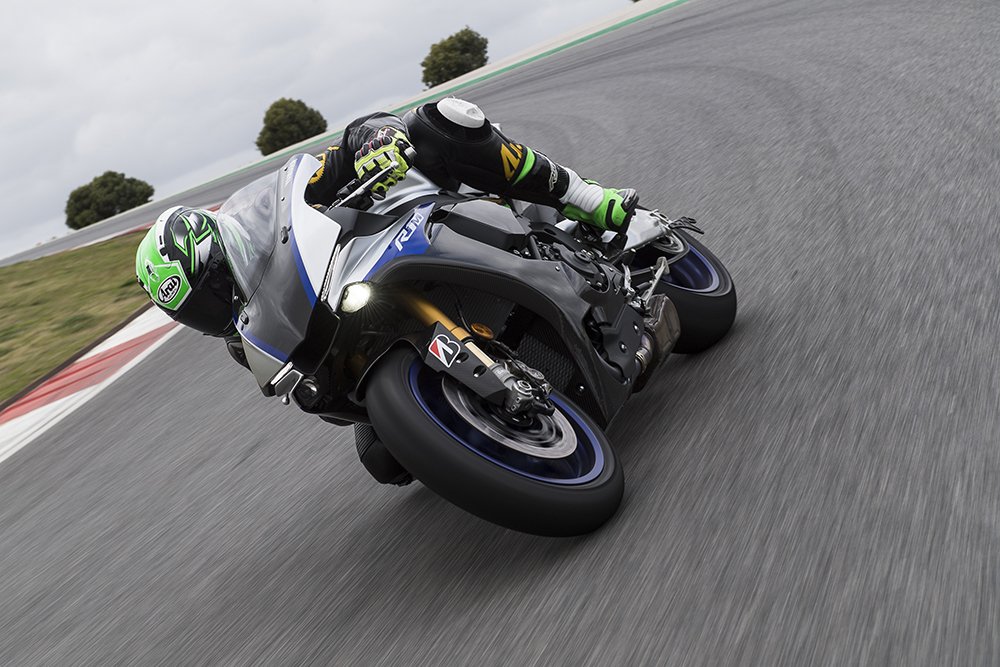 A mate of mine passed his bike test about 20 years ago, spent a couple of years occasionally wobbling about on an SV650 and then got it nicked. In a fit of understandable rage he vowed never to own a motorcycle again; their just too ‘nickable’ he said. But now his youngest has left for university, he’s started to make noises about buying another bike. In his heart, he wants a superbike, but his head doesn’t think it’s a very good idea. And unfortunately he’s getting very mixed advice from his circle of ‘motorcycle mates’. Some are telling him he needs to get another 650 and work his way up to a ‘big bike’. But others remind him that ‘the throttle works both ways’, and he’d be fine on a 200bhp monster. And I don’t really know what to say to him.

He hasn’t mentioned anything to his wife yet, so we’ll call him ‘John’ to protect his identity. Now John was never particularly adept at motorcycle riding. In the two years he was a ‘motorcyclist’ he only really rode once or twice a month, and only ever in the summer months. I’ve no doubt that he’ll slide back into his motorcyclist’s boots as if he’s never been away from them. The problem is, his motorcyclist’s boots are the boots of a fairly inexperienced motorcyclist.

He wants to own a superbike, and that’s absolutely fine. Nobody is telling him he can’t own one. John’s a wealthy man and money isn’t really much of an object for him, so he can certainly afford one. The more conservative members of his inner circle are telling him to spend a few years on something a little bit more sensible first. Once he’s got the hang of that, crack on and buy a 200bhp+ bike. But to jump on one straight away, after not riding for 20 years, would be an act of folly, is their argument.

And whilst I agree with them that, that would be the sensible thing to do, I find myself in a bit of a quandary. Because if you want to be sensible, there’s never a good time to buy a 200bhp+ motorbike, is there? Because they’re not ‘sensible’ by any stretch of the imagination. In fact they’re the opposite; they’re ridiculous, as I’m sure anyone that’s ever ridden one will vouch for. And that’s why we love them. But a couple more years on an SV650 isn’t really going to prepare him for it. It wouldn’t prepare anyone for it.

And let’s be fair, although superbikes are capable of nigh-on 200mph these days, the throttle, as previously mentioned, works both ways. And with rider modes aplenty, there’s usually the option to calm things down a bit, just until you get used to it. Even if it does mean putting it in ‘wet mode’.

So I’m struggling to get off the fence on this one. Half of me wants to tell John to do the sensible thing… But the throttle works both ways and you don’t have to keep it pinned the whole time, so you can ride a superbike safely, if you want to.

I think if I’m being honest though, despite me thinking he’ll ‘probably’ be fine on a superbike, I think I’m going to end up succumbing to peer pressure and agreeing with the majority that are telling him to get something a bit less powerful. But it doesn’t have to be a pokey little twin. Let’s meet in the middle. He want’s something sporty that’s got a bit of poke, so why not go for a Kawasaki ZX-6R, or a Mv Agusta F3, or that kind of thing, rather than a fire-breathing litre bike?

There are a ton of options… have you got any suggestions?

I mean if he has the cash and wants to start riding again just for the fun of it maybe go for a street triple first, light weight, very flickable & sounds the business, and plenty quick enough to get out there and do some miles and getting some very valuable experience, then if he gets bored some how? Then get a 1000cc monster but they are getting more difficult to actually enjoy on the roads for more than 30 seconds at a time..

to be perfectly honest if he was never the best rider, then the responsible thing is to go back to basics and build the right fundamentals to then go and buy some silly WSBK replica.
clearly he likes sport-bikes so it seems like a 848/899/959 might do the trick, gives more than enough power to feed the need for speed & their more fun and less peaky for the road too.
seems like a reasonable compromise between 200bhp & SV650.
same again, there’s nothing wrong with a Japanese 600-IL4/GSXR-750/or RS660
personally I’d say the RS660 seems to tick all the boxes: confidence inspiring, intuitive, and a good tool to learn & have a blast on all the same

i took 10 years out, (yes i got a woman) and built up slowly, new bikes are stuped fast.

It’ll just get nicked anyways, so get a triumph street triple!

I thought I wanted a 200hp bike until I took one for a test ride, and realised how ludicrous they are for the road. If he wants a bike that’s sits in the garage all its life then he should go and get one, it will only come out on sunny days and will cost him a fortune to insure. Why not recommend him something in the 130hp range? Twice as fast as the SV but much more accessible, and he will be far less likely to bin in when he hits a pothole on our fabulous British roads!

The thought of the 200bhp bike is great….but the angle I would go for is the responsibility to his wife, kids, loved ones, friends, etc. You can be Tom Cruise, live life on the edge and generally be the local carpe diem hero but regardless of which way the throttle goes, it’s only really going to go one way if we’re being honest.
Motorcycles are one of the best things mankind has been able to come up with in my opinion, but dying on one is shit. There’s loads of stuff out there that’ll end your life that you can’t do anything about…you can choose to stay alive with half sensible choices about riding.

Get a Supernaked, he is more likely to feel in control of the bike, settle well with such leverage and have good visibility. It will still have all the power he could ever want, however it won’t cripple his middle-aged frame. More likely to get some miles in then.

Well… If he sucked at riding before, then he isnt going to be better now. And sure everyone can get a 200hp monster, but nobody really ‘needs’ that for the street. So why not Aprila RS 660. Moderate power, sporty, all the tech, and still plenty quick.

I didn’t ride a bike since my RD 350 over 30 years ago. Last year I bought a new Yamaha R1. Started in rain mode and have progressed to c mode Still going slowly but loving it. Will probably never get anywhere near to its capability but enjoy riding and owning a bike with the incredible technology and power

I say go for it – I really don’t think there’s anything that can adequately prepare you for the ‘rip your arms off’ acceleration of a superbike. Just buy it and be sensible!

I passed my test two years ago and bought a Gen 2 Tuono, no issues. As you say the throttle works both ways and of your mental enough you’ll still come unstuck on a 650 anyway. Buy what you want, ride within your limits.

You could check out on a 250 just as easy as you could on an H2R. I say if you’re gonna punch your ticket on something, do it like a man on a liter bike. Besides, I was always a better rider when I was afraid of the bike. Once I lost that fear is when things got dangerous.

Isn’t there something missing here, being ignored? It’s frustrating not being able to use even half of your bike’s performance on the road (or even on track). It’s a lot more fun riding a slow bike fast than a fast bike slow. If it’s only bragging rights you’re interested in then fine, but it’s like having surgery to double the size of your equipment, and adding battery assistance for endurance – except only being able to get part way in and the other half complaining ‘you’re not coming near me with that again’

Aprilia 660. It looks the bollocks and he’ll be faster on that than anything with 200hp

Looks like a superbike and plenty of power for the road and track without going the whole way to the 200bhp V4. Surely this bike is designed for people like John.

I got back in to bikes after a break of over a decade. Bought a Brand new R1. No regrets.

Go big or go home, he’s old enough to know he’s not bulletproof and this will factor in how he rides knowing he won’t bounce and heal quickly, get the bike you want and build riding style with it, stay safe “John” 😎

If he wasn’t very adept on an SV, sounds like he might be more of a Can-am kinda guy. 🤔