The best tyre for the job

Motorcycle tyre2 Tyre4 Tyres5
“’Ere Boothy, what are the best tyres these days?” is a question I get asked a lot. And it’s one that I’ve never been... 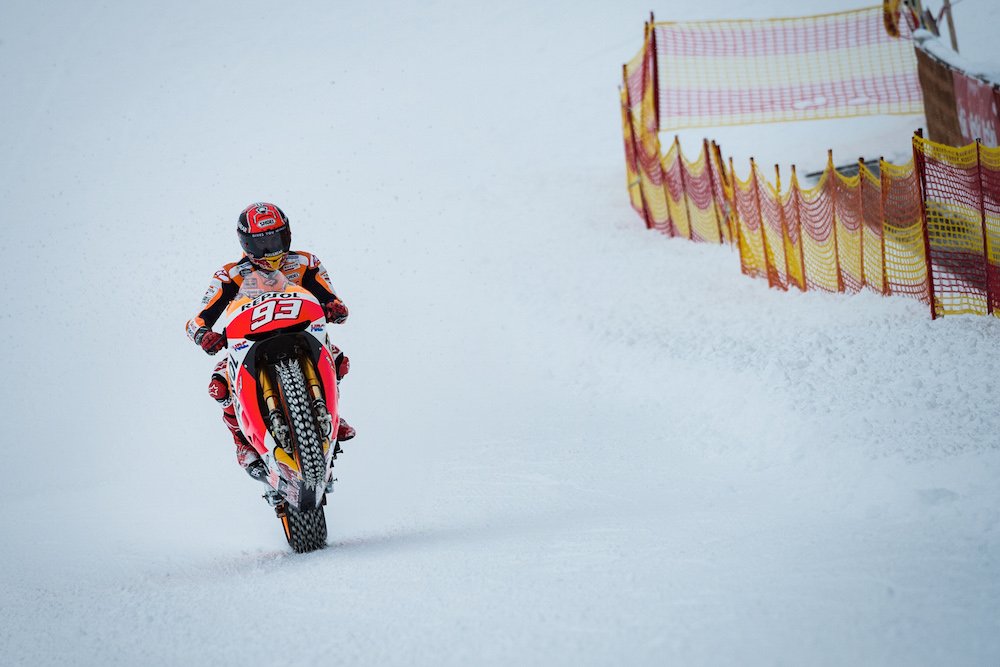 “’Ere Boothy, what are the best tyres these days?” is a question I get asked a lot. And it’s one that I’ve never been able to answer. In fact if anyone tells you they can, they’re talking out of their ring piece. The world’s best racing slick would be absolutely turd on a cold winters commute to work. Just like a motocross tyre would be pants to go touring on. We all use our bikes for slightly different things, so when someone says they want the best tyre, what they really mean is that they want the best tyre for the job. And every jobs different, so each needs a very different tyre choice.

If you’re on a lovely dry racetrack, with tyres that are up to temperature, the best tyre for you is undoubtedly a racing slick. That’s why they are used from MotoGP to club level racing. The grip and the feel is second to none, but they do have their downsides. Unlike a road tyre, a slicks optimum working temperature is a lot higher, and a lot more crucial. In other words, they’re shit until they’ve warmed up. That’s why using them without tyre warmers is a bad idea. It’s also why using them on the road is a bad idea; not to mention the fact that it’d be illegal.

It’d also be illegal to run racing ‘wets’ on the road. It would also be pretty bonkers because they wouldn’t last five minutes. They’re made of soft, supple rubber that does its best to key into the tarmac even in the pissing rain. A heavy tread pattern disperses as much water as it can too, so they’re perfect for riding in the rain and standing water. If the track dries out though, the soft compound wears itself out in next to no time, and extra tread grooves cause the tyre to twist and flex, making the bike shimmy around uncontrollably.

If you’re doing trackdays or want to go fast on the road, you’d be best opting for a treaded track tyre or a ‘hypersport’ tyre. And loads of people choose to use treaded race tyres on trackdays. It means they can take their (track)bike on the road. And, if they’re summer riders and/or they give their tyres plenty of time to warm up, they’ll have bags of grip. And you can too. Although don’t fall into the trap of thinking ‘just because it’s got tread, it’s road legal’; always check the rating.

When wintertime comes, if you want to keep riding your bike, you’d be well advised to bin your race tyres and get some hypersport hoops fitted instead. They might not have the same level of outright grip, but you wont need to worry about warming them up. And you’ll still be able to get your knee down, if you really want.

Some want to do thousands upon thousands of miles and don’t care about ever getting their knee down. They want a comfortable, predictable tyre that is going to do the miles. The best tyre for them is a touring tyre. And these days, you don’t have to sacrifice all your grip for something that will last.

There are even touring tyres for people that want to take their trip to the next level. Because why not throw a bit of off-road riding in and turn your tour into an adventure. Taking your big expensive motorbike off-road isn’t everyone’s cup of tea, but if you do want to do it, you’ll be able to find the perfect tyre for the job. Tyres that work on tarmac as well as they do on gravel. The jack of all trades, if you will.

Plenty of people aren’t interested in a jack of all trades off-road tyre though. And they don’t need to be. Because if you know the exact terrain you’re going to be riding your bike on, there’ll be an off-road tyre to suit it. Sand tyres have paddle-like tread that scoop the sand from underneath you, and different compounds of rubber suit different types of ground, from rocks and gravel to hardpacked dirt or soft mud.

No tyre does absolutely everything. Some do one thing very, very well. Others do a handful of things fairly well. But there’s no ‘one size fits all’. Before you try and work out what the perfect tyre is for you, you need to decide exactly what you’re going to do with it. And exactly what you want from it. Figure that out, and you’re half way there.

Are you sponsored by Bridgestone?