Slowing down makes you crash.

Crash20 Crashing16 Riding7
We all know that speed doesn’t kill. It’s usually slowing down or coming to a stop really, really suddenly that does it. But I... 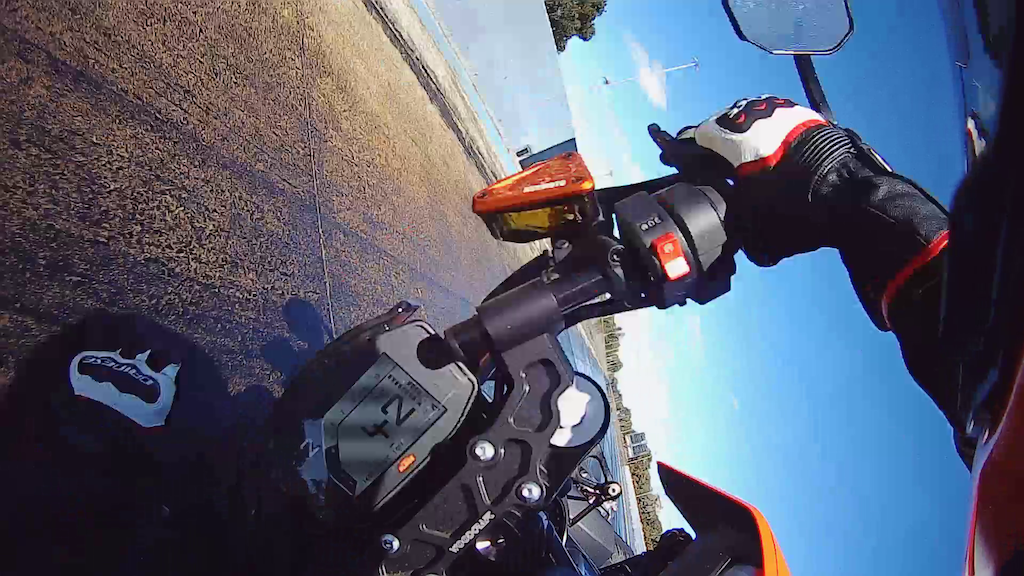 We all know that speed doesn’t kill. It’s usually slowing down or coming to a stop really, really suddenly that does it. But I think the point they’re trying to make is that you’re more likely to die, or hurt yourself, if you crash when you’re going fast. I suppose I can agree with that. But there’s an entirely different way of looking at it, too. Because in a lot of instances, slowing down is the thing that makes you crash. I know that sounds a bit counter-intuitive, but there’s a good reason I’m saying it…

What do you do when you ride a bike really fast? You concentrate, don’t you? That’s probably one of the reasons people love riding bikes fast; because it’s all-consuming and when you’re focusing on riding, all your worries disappear.

And the faster you go, the more you have to concentrate.

Obviously there are limits to this. If you ride so fast your riding beyond your capabilities, chances are you’ll crash. But riding ‘too fast’ is different to riding ‘fast’. Riding too fast is dangerous, but that’s not what I’m talking about.

It’s happened to me loads, on the road and on the race track. Whenever I’m pushing on a little bit on the road, I’m always thinking about what I’m doing, hyper-aware of everything that’s going on around me. That’s when you notice every hazard, and are prepared to take avoiding action if you need to. But I’m sure I’m not the only one that finds it hard not to daydream when I’m riding 40mph. There is a stretch of 40mph average speed control near me (it’s been there for about a year) and I genuinely find it difficult not to drift off when riding or driving along it. It’s SO boring.

Likewise on track, I’ve always said knocking your pace off 10% doesn’t always make things as easier as you want it to. If you get used to riding at a certain pace, slowing it down just doesn’t work. You can often find yourself braking in all the wrong places, you’re turn in and apex points will be all over the shop, and you may well find yourself upside-down in the gravel.

So next time someone tells you to “slow down, you’ll hurt yourself,” politely remind them that that’s not how it works. You don’t have to ride slowly to be safe.

I hate to sound like an old man, mostly because I ABSOLUTELY am one, but I am hyper aware every second I’m on the roads with my bike no matter what speed I’m doing. Other drivers are completely cavalier on the roads, and it’s up to us to keep ourselves safe.
I can’t help but feel that this piece is pretty standard fare from speeders who constantly ride fast, and want the world to just admit that they’re awesome and let them hoon around at whatever pace they choose.
Sorry guys, but racing is for race tracks. On the roads, we all go at the same speed and follow the laws to maximise safety for everyone.
That said, every time I’ve dropped my bike I was going super slow for whatever reason.

I agree, when I slow down I start looking at the r scenery, people watch or look at my magnificent self in shop windows 😉