Öhlins7 suspension4
The latest influx of technology being debuted in 2015 is getting us seriously aroused: everything from auto-blippers to pit lane limiters, 6-axis gyros to... 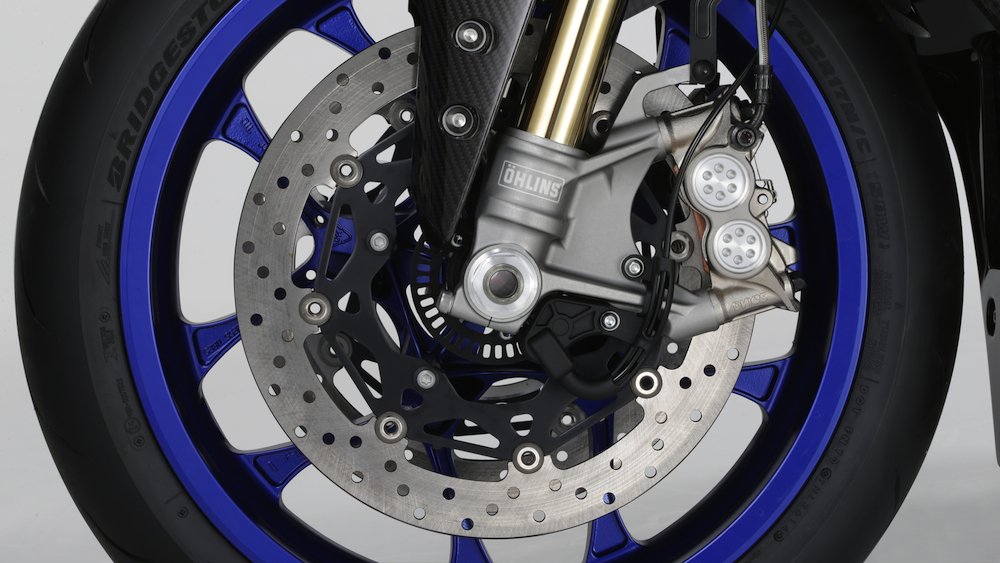 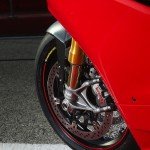 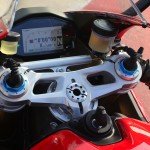 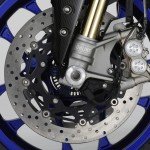 The latest influx of technology being debuted in 2015 is getting us seriously aroused: everything from auto-blippers to pit lane limiters, 6-axis gyros to lean-angle displays, and iPhones that control a bike’s rider aids all have a welcome place, adding safety (a bit important), speed (important) and fun (exceptionally important).

Traction control, anti-wheelie, and even cornering ABS is nothing extraordinary when you think about it, and we take these beautiful aids for granted nowadays. One of the most dynamically significant arrivals this year has to be semi-active suspension. Granted, the tech has been debuted on BMW’s limited run of HP4s and a few adventure bikes (with comfort in mind, rather than performance) but 2015 sees Yamaha rolling out the all-new R1M with electronic Öhlins, joining the Ducati 1299 Panigale S – again, with Öhlins – and the Sachs-shod 2015 BMW S1K.

The Yamaha factory World Superbike team and Öhlins were testing electronic suspension back in the noughties with the likes of Hori Haga, before getting banned. If something gets banned, that means it’s usually good.

Although I’m a massive supporter of electronics in racing, I can see why some of the tech is getting outlawed due to massive financial reasons. As well as setting up traction control, engine braking and anti-wheelie for every metre of tarmac, the electronic suspension required 200-300 different parameters to function properly: braking, brake release, apex and corner exit strategies had to be setup by a boffin on a laptop for individual corners every race. However, we still need this manufacturer R&D for the bikes me and you ride everyday.

Far from a household name, Öhlins is the brand synonymous with suspension around the globe and, having ridden the new Panigale, it seems like the golden tubes of goodness have nailed the semi-active bouncers for circuit. Meanwhile, BMW’s system seems to be capable of flattening any surface with its road-biased etiquette.

At the press launch of the Panigale, we caught up with Martin Lugnbergs from Öhlins to talk semis and the future of electronic suspension.

Why haven’t we seen semi-active/electronic suspension sooner? “In the racing community, they still want to have the stock suspension. From my point of view, this semi-active system is better because it’s less compromise. We wanted to make sure the technology was perfect before releasing it and be careful in developing. As a professional rider, it’s very easy to feel that there’s something wrong with electronics, and you then lose confidence. We had a huge job to convince our own test rider that this is a better system! This is the first step but we will make more advanced systems in the future.”

As the technology progresses, we will most sportsbikes feature electronic suspension? “I see all high performance bikes with electronic suspension. The R1M is a similar system but there are a lot of customer adaptions to suit, so there’s a different interface, for example.”

And will we see a bolt-on system available for bikes in the future, like an exhaust or fuelling module? “We are working on it, but it needs an ECU to make it work. If we have a bolt-on system, how do we integrate it with the bike? It will be expensive as there are many parts, and you’ll need some kind of interface, like an iPhone or something.”

Every few years we ask ourselves how production bikes can improve after a barrage of fresh gizmos appear. Within a few years, there’ll be fully-active suspension, various engine trickery and, as the cost comes down, more exotic materials used on production bikes. But what’s the next surprise? We can’t wait to find out.