Popular misconceptions1
They might look like Power Rangers on acid in their latest multicoloured airbag suits, on their latest £20k+, 200mph+, fanny magnet superbikes. But remember,... 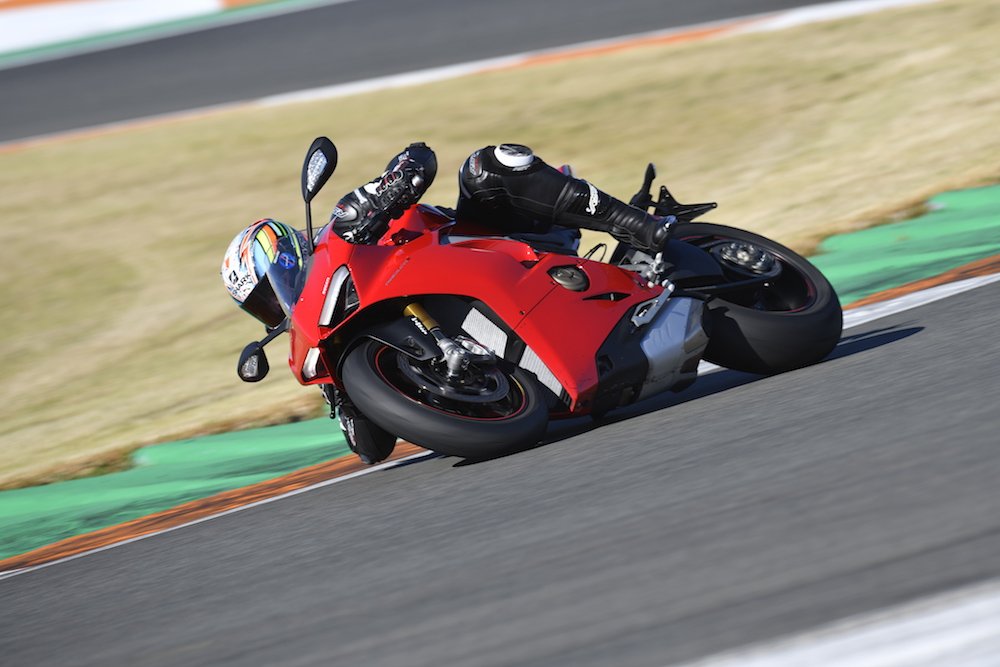 They might look like Power Rangers on acid in their latest multicoloured airbag suits, on their latest £20k+, 200mph+, fanny magnet superbikes. But remember, sportsbike riders are still human beings, and they eat, shit and shag, just like the rest of us. But some folk do hold these streak-of-lightning sportsbike lads in high regard. And the more naïve amongst us may even put them on an almost god-like pedestal. But it’s also worth remembering that certain people consider sportsbike boys the worst of the worst. Plenty wouldn’t hesitate to slap an ASBO on every one of them, should they be in charge of public order. No, nothing divides opinion quite like the sportsbike rider (except maybe Marmite). And although we believe everyone is entitled to think of them what they will, a lot of the more polar opinions are based simply on false truths.

So with that in mind, we thought it was about time we dispel a few myths regarding the simple sportsbike rider. And here they are.

They’ve all got small penises

You’d be quite right to assume that he who drives a Ferrari, Lamborghini or other such penis extension, probably is deficient in the penis department. And although you might assume the same is true for the superbike lads, it’s not always the case. Sure, some of them fall into the same category as the sportscar boys, but every once in while there will be a Fireblade owner that has at least four inches to brag about. In fact I once watched a bloke get off a Panigale and take a piss in the bushes, and his was way bigger than mine; not that that’s any mean feat.

No, it’s really unfair to tar all sportsbike riders with the same small-willy brush. Some do have fair size bats on them, they’re just few and far between. It’s by no means all of them that are trying to make up for something, it’s just the vast majority. And anyway, they can’t possibly all have small penises… some of them have vaginas, instead.

The only ever want to ride fast

This is simply not true. When I’m on a sportsbike, I certainly like to ride fast; after all, that’s what they were designed for. That said, there are still plenty of people out there that don’t have the same ‘need for speed’. Plenty are happy to ride their superbikes at the sort of pace you’d expect of a pensioner on a moped. To them, riding like a complete fanny on a bike that is capable of so much more, isn’t a waste of a bike at all. Just because the bike can rev past 14,000rpm, why rev it too far past tick-over? Heaven forbid taking the thing past 5,000rpm.

Good luck to them, I say. There’s no lower speed limit, is there? If they want to be the one that holds the traffic up, causing a massive nuisance to the rest of the world, who are we to tell them they can’t? Yes, it would be better for us all if these knobbers sold their bikes and took up yoghurt arranging, but whilst we’re living in a free world, there will always be sportsbike riders that don’t want to ride fast.

They all wish they were someone else

Go to any bikers café, or bike clothing shop, and it’s the same story. The place will be full to bursting with replica helmets, leathers and gloves of every top racer you can imagine. All the kit manufacturers seem to do a roaring trade flogging this shit. Why? Well, it would seem, there are plenty of sportsbike lads that wish they were someone else. Have they been invited to a fancy dress party and told to ‘go as their favourite MotoGP rider’? No. They’re just fan-boying so hard, they want to look like their hero every time they go out on their bike. Perhaps they don’t realise, but with their middle age paunch bulging out of their 20 year old zip-togethers, they look nothing like Marquez. And they never will. But that won’t stop them sporting a MM93 helmet.

You do have to feel sorry for these people; people so discontent with their own lives that they want to be someone else, anyone but themselves. But please, please, please remember that there are plenty of us sportsbike riders that wouldn’t be seen dead with somebody else’s helmet anywhere near our head’s; the race-rep sportsbike riders certainly are the minority.

They think they can outrun police helicopters (and have)

It’s difficult to work out whether people say this through ignorance, stupidity or just because they are full of shit. There are still one or two characters out there that will do their very best to convince the rest of us that they’re not scared of the law. “Nobody’s going to catch me when I’m doing 200mph on my R1” they’ll tell you. Not even the police ‘chopter. Some will even tell you they’ve successfully evaded capture and prosecution thanks to the heli’ not having the minerals to keep up with them. This is of course complete bollocks.

Yes, it’s true that a police chopper is going to struggle to do much more than 150mph. Even that’ll be pushing it. So a superbike might have the legs on it in a dead straight line. But it’s not going to be long before you encounter some curves or some traffic; things the chopper doesn’t have to contend with. Although some people are daft enough to believe their own lies about their ability to out-run the feds, most of us sportsbike riders realise that to suggest such a preposterous thing, would only make us sound more stupid than we already look.

They’re particularly attractive to the opposite sex

I’ll admit that I spent most of my life believing this to be true. But it is in fact a falsehood. Contrary to popular misconception, man or woman, riding a sportsbike doesn’t make you any more attractive than someone that doesn’t. I’ll admit the idea of a man in leather, straddling a shiny red Ducati, does have the potential to cause a tingle in the front-bums of women the world over. But the reality of it is a very different thing all together. There isn’t anything attractive about a slightly overweight, balding middle-aged man climbing off his financed-to-fuck Fireblade to take a cloudy, stopy-starty piss in a layby.

Equally, the ladies with massive tits that wore tight leather (and not very much of it) in the centrefolds of old fashioned bike mags, aren’t actually the kind of ladies that tend to ride sportsbikes. Well, for the most part anyway. They‘ve quite often got too much makeup on, too many shit tattoos, too much fat, and/or not enough brain cells. And the fact that they’ve managed to fold themselves onto a superbike doesn’t make up for any of that.

Disclaimer: All of the opinions expressed belong to the author and do not necessarily represent the opinions of the management of 44teeth.com. Especially the really stupid ones.

Well, if you have to be pigeonholed and restricted in life, just categorise yourself and miss out on everything else.

A slightly overweight, balding middle-aged man climbing off his financed-to-fuck Fireblade to take a cloudy, stopy-starty piss in a layby = me

Thanks for the reality check Boothy

Yep…. That one hurt! Of course, doesn’t make it any less true

Maybe something to bring up for discussion for the News or whatever you decide to do next. Or dont, its up to you i wont get offended. (im not crying, its pollen)

Just finished reading the article on misconceptions of sportbike riders and felt a sudden urge to ramble from my own experiences…..

First of all, mandatory announcment – massive lover of 44T, watched it since it was birthed along with BVG. You guys are awesome and you do the biking community a massive service. Anyway now the fan-girling is out of the way!

I have been riding bikes since my feet could touch the pegs, on the road since i was 16, i am 31 now. I also use mine for the daily commute. During that time i think the most bother i have encountered is actually that of fellow riders. The classic “look at those chicken strips” comment is always a massive eye-roller for me. I think it causes more damage than first realised because its the marquez wannabes that make all of those stupid desicions and go for overtaking gaps that arent there that put themselves in a position to tell inexperienced riders they should be pushing themselves more. It puts pressure on new riders to think they have to ride a certain way, theyre doing it wrong, or have to keep up with the fast guys.
Personally i think were our own worst critics. If someone wants to ride slow and square off tyres in the first 100 miles, fair enough its up to them. But who is someone else to take the piss, just because they have bought trackday scrubs, fitted them to their road bike, and now they work for the california superbike school.

If we want more people to get into the world of biking, then dont make it sound so scary. Help your fellow bikers and share in the obsession wether you ride at 30mph pr 130mph. (Not you lot, youre all good)

Just for the record, i loves a good thrashing, because im a jeb-end.

Kinda taken by the new Fireblade! 🤣 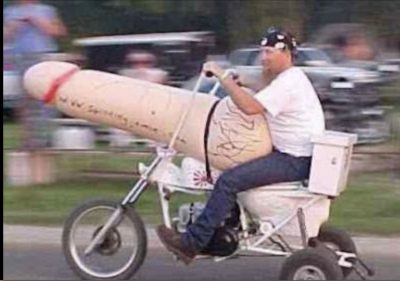 I better cancel my order for the Fagan replica lid then ha ha ! A good read cheers mate

Jeez Boothy, you’re getting as grumpy as Fagan 🤣😂. I had to check the writing credit in case the rotund bald one himself had written this article. 99% true though 😁

7
Reply
Search Our Articles
Past posts