MotoGP105 Racing166
Happy New Year! 2017 starts now, well, it started on Tuesday in Valencia and the happiest man leaving the test must have been Maverick... 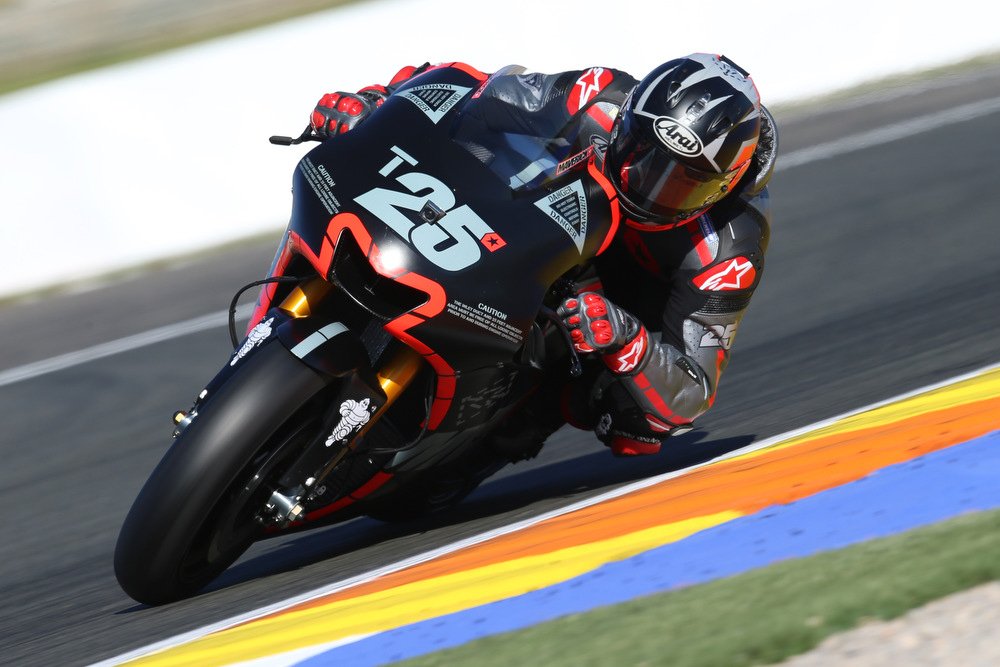 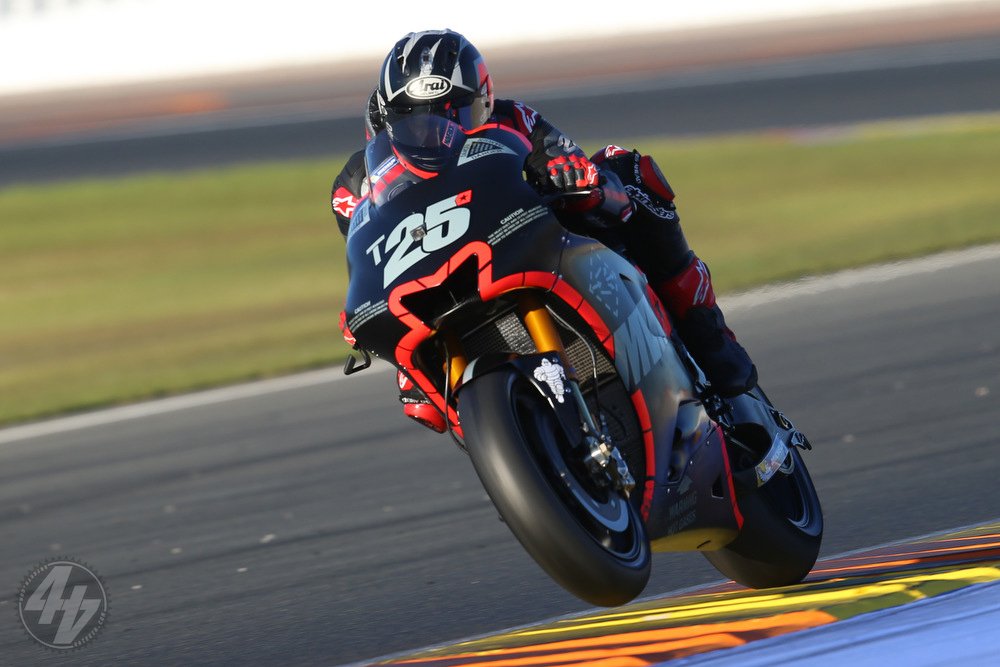 Happy New Year! 2017 starts now, well, it started on Tuesday in Valencia and the happiest man leaving the test must have been Maverick Viñales. Fastest on both days and the only man to dip into the 1m29s, Yamaha’s new factory pilot looked comfortable from the outset and the odds of him claiming a maiden title in 2017 have been slashed.

Of course, testing is testing and too many hidden variables mean we won’t recognise accurate rankings until 2017, yet we shouldn’t be shocked by MV’s pace. And owing to contractual obligations, many riders couldn’t publicly muse on their new findings: the likes of Viñales, Lorenzo and Iannone will have to wait until the actual new year to do so. Still. There were some mighty fine performances, most notably from several rookies in the shape of Zarco and Folger – both within a second of the fastest. More so than any other test we’ve seen, there was an abundance of short runs and time attacks in bid to top the timesheets. We also witnessed a barrage of crashes.

I don’t think many purists are fan of winglets in MotoGP. They’re gone now anyway. Several massive crashes, particularly at turn 12 that caused a lengthy red flag for safety reasons, were thought to be caused by lack of wings: lighter under acceleration but also, more importantly, a distinct lack of downforce. Are we going to see slower lap times? Will Michelin have to provide new tyres to a new era? Agreed, wings have slaughtered the frontal sections of previously sexual prototypes but aero was always going to be the next boundary to push. Anyway, here’s a brief lowdown. 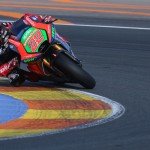 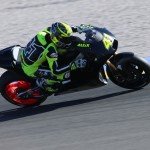 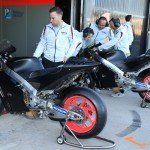 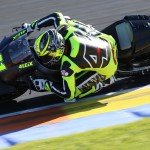 Aprilia: Just six months ago, I would have called Sam Lowes a silly-billy to his face for signing a two-year deal with Aprilia. Granted, Alvaro Bautista and Stefan Bradl are far from alien territory, but it was blatantly obvious the RS-GP was slow, lacked pace, and the least competitive works effort on the grid.

But several key updates throughout the season have ensured the RS now has potential in the hands of Lowes and Aleix Espargaro. Terminal speed isn’t the issue – it’s initial throttle opening and corner drive, although the Noale factory should sort it. Aprilia hasn’t won eleventeen billion world championships for nothing, and Espargaro lapped a second quicker than 2016’s pairing did after just two days in the saddle. Meanwhile, Lowes joined the T12 club and crashed heavily at the end of the first day, sitting out the second day in preparation for the upcoming Jerez test. Having Eugene Laverty onboard as a test rider, rather than someone wobbling round 3 seconds off the pace, will no doubt be another benefit. 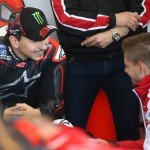 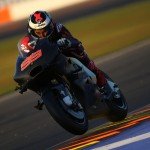 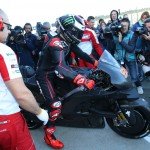 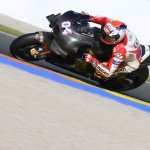 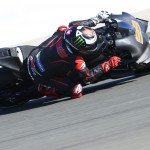 Ducati: Losing the raw speed of Iannone but gaining Jorge Lorenzo isn’t a bad thing for Ducati. Very much like his replacement at Yamaha, J-Lo settled into life aboard his new steed quickly and ended the first day in third spot. Even Casey Stoner looked chuffed with his exploits. Can he match VR46’s feat and won back-to-back races with different manufacturers?

Throughout most of the two days, bits were being added and removed to the seat and tank just to comfy and, surprisingly, they persisted with the GP16’s winglets, while Dovi swapped back and forth with differing configurations, ending the test third fastest.

Dovi: “These two days have been very interesting, because we were able to do some good tests with the new bike, something that in the last few years had never been possible. We did a back-to-back comparison with the 2016 version at the end of the day to confirm our impressions and to verify that the improvements were effective. Now we can only get better because the new bike allows for a wider range of adjustments and this is the work that we will do next year. For us it was important to go back home with clear ideas and we were able to do this. We confirmed the pace we showed during the race weekend and even though we still have a lot of work to do, I am pleased with our new bike.” 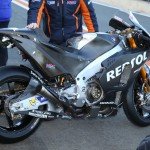 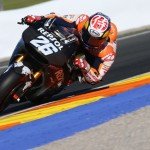 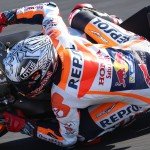 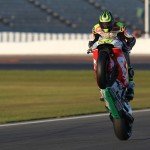 Honda: The big news for Honda was a new throatier-sounding long-bang engine in a bid to boost corner exit speed and stability, although it still needs electronics refinement according to their riders. Marquez, Pedrosa and Cructhlow all danced in between the screamer engine and this new configuration, and it looked as though Marquez set his fastest time with the older version.

Despite new chassis variations, Marquez has been persevering with the same chassis that took him to his first MotoGP title in 2014, and you can bet a bollock on challenging in 2017. 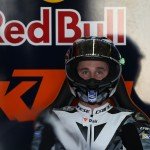 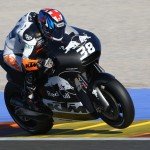 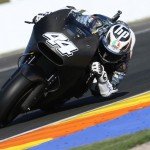 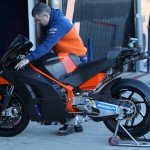 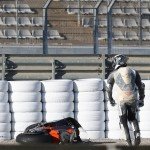 KTM: Mika Kallio did a decent job during the race weekend, despite having to retire from the race with a sensor failure, and the bike certainly didn’t look slow. But the real focus was on Pol Espargaro and Bradley Smith’s RC16 debut, accumulating 238 laps between them during the test days. Smith, still recovering from his badly smashed knee on WEC duty, took longer to adapt to the KTM than Espargaro. Despite a crash, Pol dipped into the 31s and is already faster than Kallio’s best efforts. Expect some trellis frame chassis tweaks before the next test.

“I can’t ask for more. It’s been two very hard days and my head wants to explode. The biggest thing is I really enjoy working with people that understand and can implement what I am trying to achieve, and I think that’s the most exciting thing. They understand and they can change things and improve things. These last two days have just been information gathering from an electronics point of view or gearbox and gearing. To be aware which gear gets the maximum power from the engine at the right moment. That’s been the main focus. Its not basic stuff but its far away from working on chassis settings and suspension. We’re really at the beginning of our working process. I believe what we have achieved in these two days is very good. It gives direction for where we want to go.” 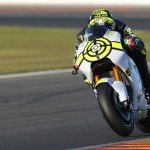 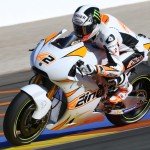 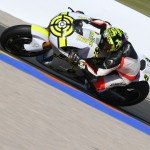 Suzuki: It was an expensive few days for Suzuki in more ways than one. Several massive crashes from Alex Rins, Andrea Iannone and the factory’s test rider, Tsuda must have hurt the crash budget (especially AI’s first crash, which annihilated his GSX-RR), and it was later confirmed that Rins had damaged two vertebrae. Iannone still showed exceptional pace onboard the GSX-RR 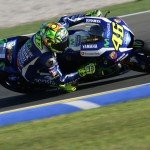 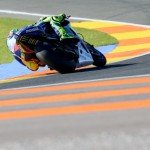 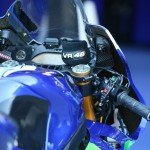 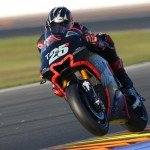 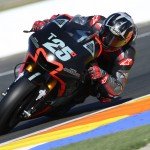 Yamaha: We’ve already mentioned the pace of Viñales and, according to Hervé Poncarhal, this upset Mr Rossi. How long do you think it’ll take for the infamous wall to appear in the Movistar garage? It can’t be easy getting duffed by the new kid, although Yamaha reckons that Valentino focused on chassis set-up rather than outright lap times. Viñales clocked 76 laps on the second day, only bettered by Suzuki’s Takuya Tsuda.

“It was a long day because we worked quite a lot and we needed a lot of laps, especially a lot of comparisons between the old and the new engine and the old and the new chassis. We also tried some tyres and we saw that we still have a lot of work to do, but anyway it was quite a positive day. We have to work in general on the entire package, especially the chassis has some good things, but we need a bit more time to find the right setting. As for the engine, this one is the first evolution, but we still need to work to try go faster.”