2017 Triumph Street Triple1
After weeks of teasing and game-changing assurances, Triumph has finally unveiled its 765cc naked roadster at another swanky shindig in London. It may look... 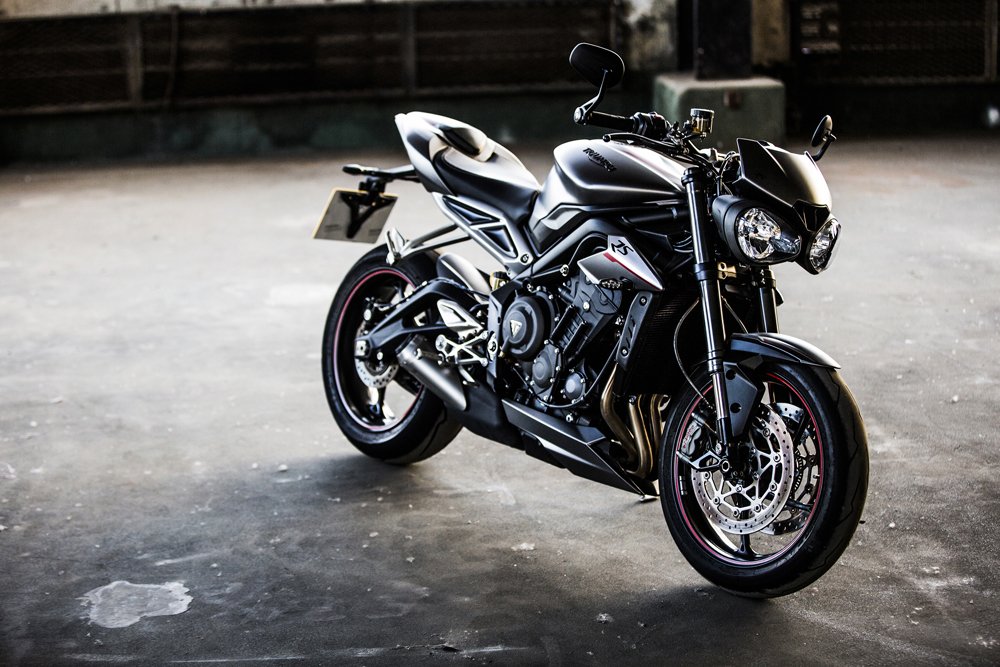 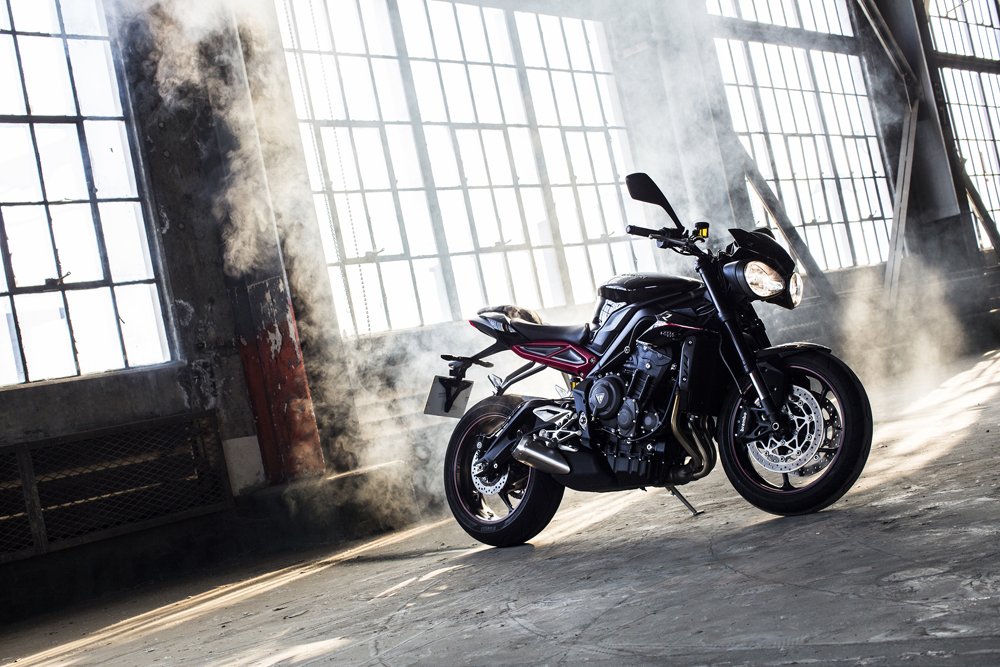 After weeks of teasing and game-changing assurances, Triumph has finally unveiled its 765cc naked roadster at another swanky shindig in London. It may look damn similar, but the 2017 Triumph Street Triple comes laden with prerequisite gizmos, fresh technology and components of splendour, which should take the ST back to the top of the middleweight pyramid.

I’ve always maintained that if this job ended tomorrow, and I had to buy a bike with real money, it’d be the Street Triple. In 2007, Triumph stumbled across a future classic, ripping the clothes from the Daytona 675 and adding upright ‘bars. The Street Trip’ was born: a sexual blend of supersport performance and undiluted manners was a formula for an unrivalled roadster, and plenty agree – over 50,000 have been sold since its inception. Over the years, it’s evolved into a more refined individual over the Daytona and proved devastatingly successful but, with a lack of development against newer rivals, the current version was aging somewhat.

Lighter and more powerful is the message for 2017, which is nice. There are three models for this season, each with their own unique specification and state of tune. The S is the base model, the R a sportier version, and the RS is the full-fat Street Triple capable of track sorties: all share the same fundamental engine, chassis and ride-by-wire packages with varying levels of spec’ to suit budget and performance desires. 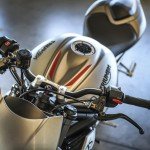 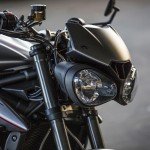 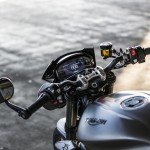 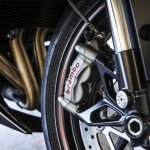 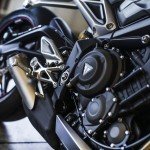 Engine: The all-new 765cc motor features more than 80 new components, including a new crank and pistons. The bore and stroke is up from 74mm × 52.3mm to 78mm x 53.4mm and delivers a stronger bottom-end to midrange, while Triumph claims a naughtier soundtrack via a new exhaust and revised airbox. A revised gearbox features shorter 1st and 2nd cogs, and there’s a new slippery clutch for corner entry fluidity. Although nothing has been mooted, it’s safe to predict this powerplant working its way into a Daytona in the near future.

Chassis: Bucking trends with Euro4 shittery, Triumph has ensured the 2017 bike is lighter than the previous model. Its primary highlight is a new gullwing swingarm with amended stiffness and rigidity values, which Triumph claims allows for tighter corner exit. The wheelbase remains at 1,410mm but rake and trail has been tweaked to 23.9°/100mm. 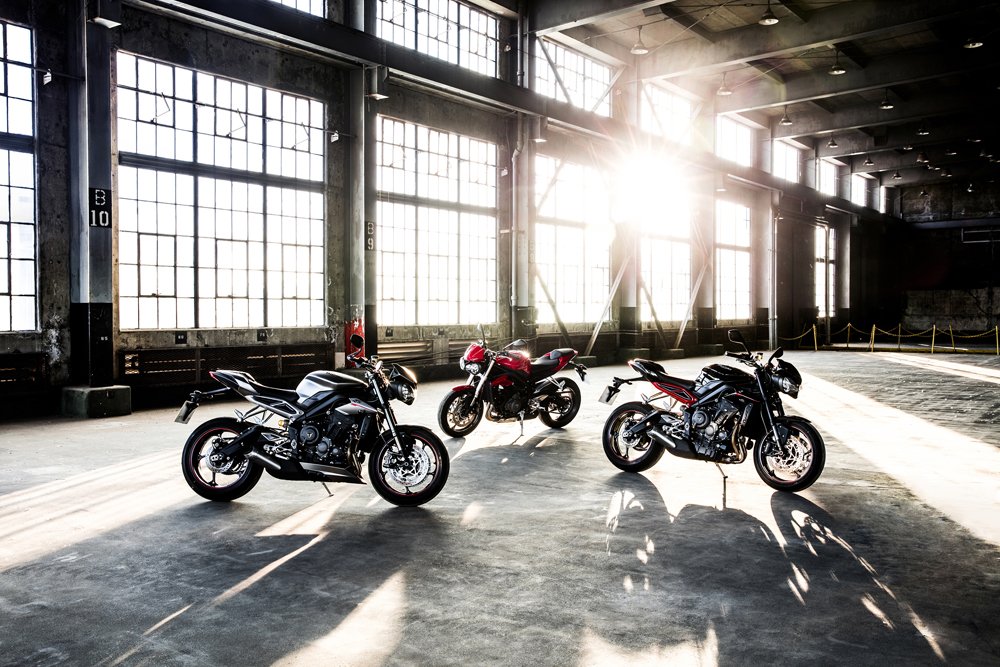 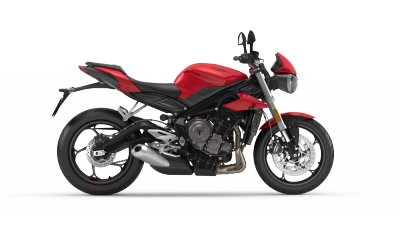 Street Triple S: The base model makes 111bhp and 73Nm of torque. The electronics package is a more basic affair, with two riding modes (Rain and Road), rudimentary traction control and ABS adjustability, and a standard LCD dash. The S’s suspension is Showa 41mm forks and a non-adjustable shock, while the brakes are very budget Nissin 2-piston sliding calipers. It comes rolling on Pirelli Rosso Corsas and the geometry is slightly more relaxed than its sportier brethren. 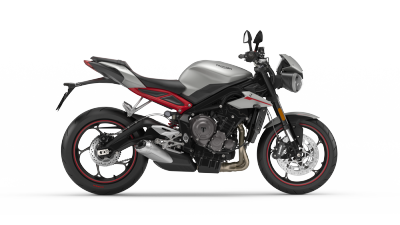 Street Triple R: The R churns out 116bhp and comes with a feast of upgrades over the S. It features a full colour TFT dash and four riding modes (Rain, Road, Sport and Rider programmable), while sexier TC and ABS can be superiorly controlled via a 5-way joystick on the ‘bar. The R brags Showa forks with added travel and an uprated shock, and Brembo M4 calipers cater for stopping the old girl. 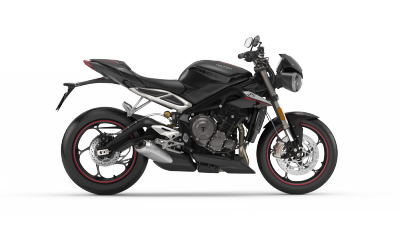 Street Triple RS: Making 121bhp, the full-fat RS comes with all the added bonuses of the R but also a quickshifter as standard (an optional extra for the S and R). Its real USP is quality suspension and braking paraphernalia: Showa BPF forks and an Öhlins STX40 shock should lend the RS a premium ride over its lesser spec’ bros, and Brembo M50 and a pukka master cylinder will provide ample stopping power on the track. Pirelli Supercorsa SPs have the final say in grip.

Street Triple R LRH: to cater for the vertically challenged in the European market, Triumph will release a model with a lower seat height and dedicated suspension. There’ll also be an A2-ready version with a unique 660cc engine.

Triumph is currently surfing an incredible wave. It’s a peachy wave bereft of that nasty slime so often seen washed up on beaches, as everything Hinckley does seems to be inspired. International sales are up by over 12% and Triumph is now the UK’s biggest big bike brand. The 2017 Street Triple will undoubtedly assist sales.

And price? Well, the S model comes in at £8,000. We’ll have to wait until Feb for the R and RS prices, but models should be available in dealers for the start of March. Despite the shouty headlines figures, it’s a case of evolution over revolution for the Street Triple family. Sure, that 765cc motor sill supply endless shits and giggles, but the ST’s core remains, which is no bad thing. We cannot wait to ride it. 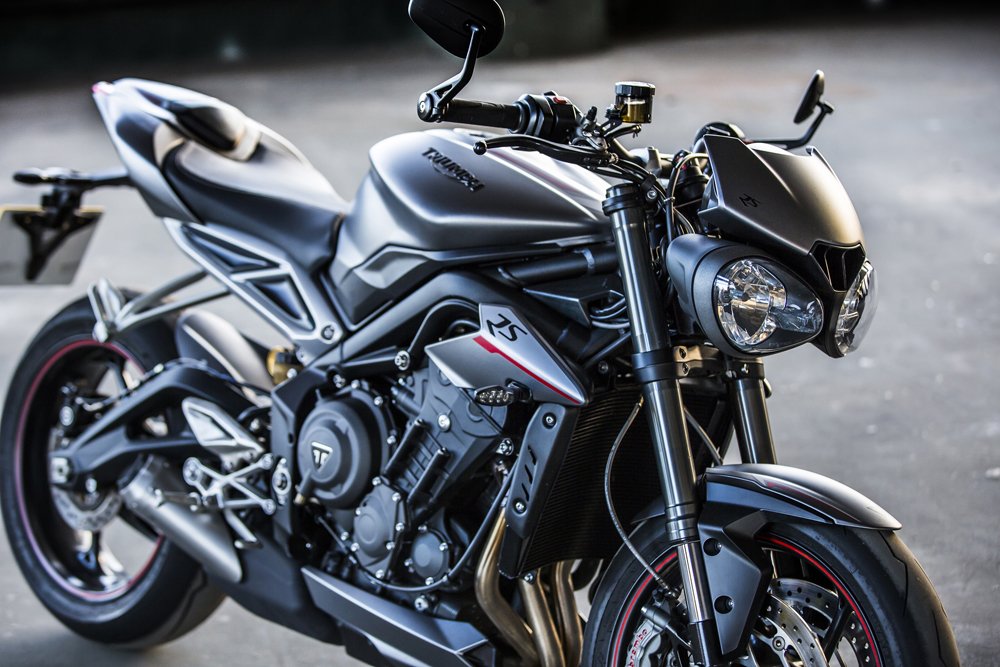