Loud pipes save lives, but at what cost?

Advice26 exhaust2
I’ve heard it said by more than a few people that loud pipes save lives. The theory behind it is that if you’re riding... 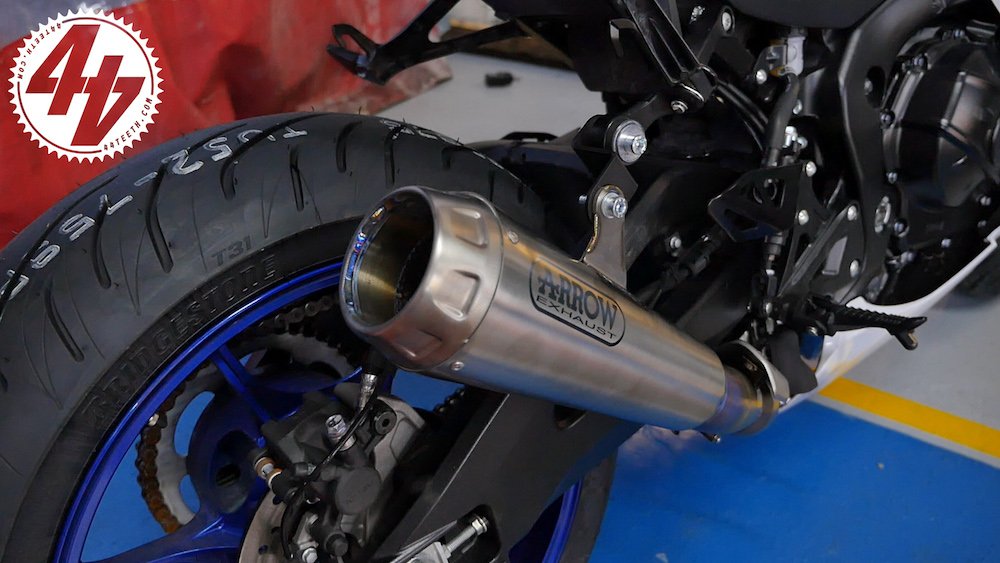 I’ve heard it said by more than a few people that loud pipes save lives. The theory behind it is that if you’re riding on the road, other road users are more likely to see you, if they can hear you, and thus less likely to knock you off your bike and kill you. It’s a difficult theory to argue with. Particularly speaking as someone who has been knocked off a bike by an unobservant car driver. But I don’t know if it’s really as simple as that?

Because it’s all very well people hearing you coming, but if all you can hear is the sound of your own exhaust, you might not hear them coming. And then your in the same situation as they were, when you had your bog stock silencer. And worse than that, you’re not going to hear their 100dB horn over your 110dB bike. They might be trying to tell you about that truck that’s about to run you over.  That’ll be the truck that you also can’t hear over your bike.

And car horns won’t be the only thing you can’t hear if you spend your life riding bikes with thunderously loud exhausts. I know plenty of people (granted, they’re in their 50s and 60s now) that not only struggle with their hearing, but suffer from painful tinnitus. All because they spent their 20s and 30s riding loud bikes. You’ve got to look after your ears. Because loud pipes might save lives, but they’re not very good for your eardrums. I know earplugs can be a bit of a faff, but so can hearing aids; and you might end up needing one if you don’t bother with earplugs.

If you really need an obnoxiously loud pipe, think about what time it is when you fire your bike up. I say that because I have a neighbour that has one of the world’s loudest exhaust pipes on his R1, and he insists on firing his bike up at circa 5am. Then he spends five minutes warming it up before he heads out on it. Whilst he isn’t killing anyone by doing this, I have, from time to time, considered stabbing him to death. And setting fire to his bike. Ok, perhaps I’m being a little over dramatic; the chances of me actually stabbing anyone are fairly slim, never mind stabbing him to death. But it’s really annoying, and pissing your neighbours off just for the sake of it really isn’t cool.

So if you tell me loud pipes save lives, I won’t argue with you. Perhaps they do. But at the same time, they can be a bit distracting, they can ruin your hearing, and be really, really annoying. So if you must have the loudest can you can find, pay extra attention when you’re riding, wear earplugs, and spare a thought for the poor fuckers that are trying to have a lie in on a Saturday morning, after a late night and a skinful of ale.

loud pipes also spoil some of the best motorcycling routes in austria, germany, italy and other places, where people living next to these routes could only persuaded to put their pitchforks and torches down by putting in speed limits ONLY for motorbikes 🙁

Re: hearing, it’s a sensible way of thinking about motorbikes to buy the best protective equipment that you can, then whatever left is the amount that you can spend on the motorbike itself.

For hearing, that means custom earplugs (not hugely expensive: about US$50 for the impression and US$100 for the earplugs), plus a bottle of water-based sex lube (whatever – it works, and it’s better than paying $15 for 10mL of hearing aid sealing agent).

Why this combo? Custom plugs are great, but they’re only as good as the seal. The seal is never perfect, so many people use some combination of spit or water. Really what we want is something that is hygenic, viscous, doesn’t dry, and which can be cleaned easily. Spit isn’t amazingly hygenic; water isn’t viscous and dries. Hence – hearing aid sealing agent, or, cheaper and better, some KY.

Where is the evidence that riding loud bikes in their 20’s and 30’s has led to tinitus. Those riders may have operated loud machinery all their lives and listened to loud live rock music.

-5
Reply
Search Our Articles
Past posts