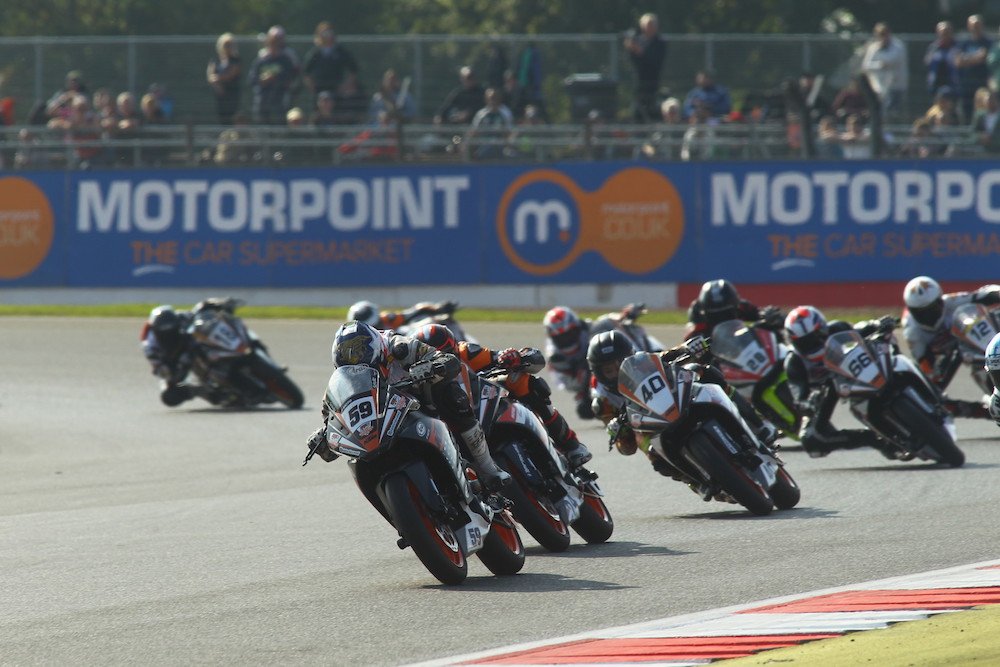 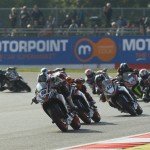 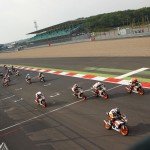 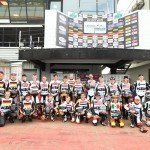 World Cup Finals usually conjure up visions of overpaid  buffoons kicking a ball around, governed by greedy, corrupt suits who should be classed as despicable vermin. While I admire the skill and natural talent of the beautiful game’s players (I am, after all, a Gooner), KTM’s motorised variety of the World Cup staged at this weekend’s Silverstone BSB was considerably more compelling.

24 young spunkers (ranging from 13 to 19 years old) from 10 different countries lined up on identical KTM RC390s and provided what can only be described as the best, most entertaining two-wheeled action I’ve seen for a long time. The likes of Jeremy McWilliams and Colin Edwards were present to offer their experience to these rookies, although most of that went down the pan as soon as the lights went out. The 390’s 40bhp and the kids’ sheer will to win was the perfect formula for slipstream city, with a 40-wheeled freight train and absolutely zero racing etiquette for most of the two outings. It made Moto3 look like a chess match.

These kids really don’t care about returning home on a Monday morning, nor do they care about who’s going to repair the bike after a crash. Their sole motivation, clearly evident in the highlights video below, was to win the inaugural RC Cup World Final. 15 year old, Djim Ulrich from the Netherlands took the overall victory and bagged himself a brand-new RC390 to go with some coaching from a factory Moto3 pilot.

Honourable mentions go out to Florida’s 13 year old Sean Kelly, and the UK contingent of Thomas Strudwick and Cameron Fraser. Make sure you check out the full highlights show on Thursday 8th October on Eurosport!