IOM TT racing comes with some inherent risks, and we all know what they are. Unfortunately, those ‘inherent’ risks are one of the things... 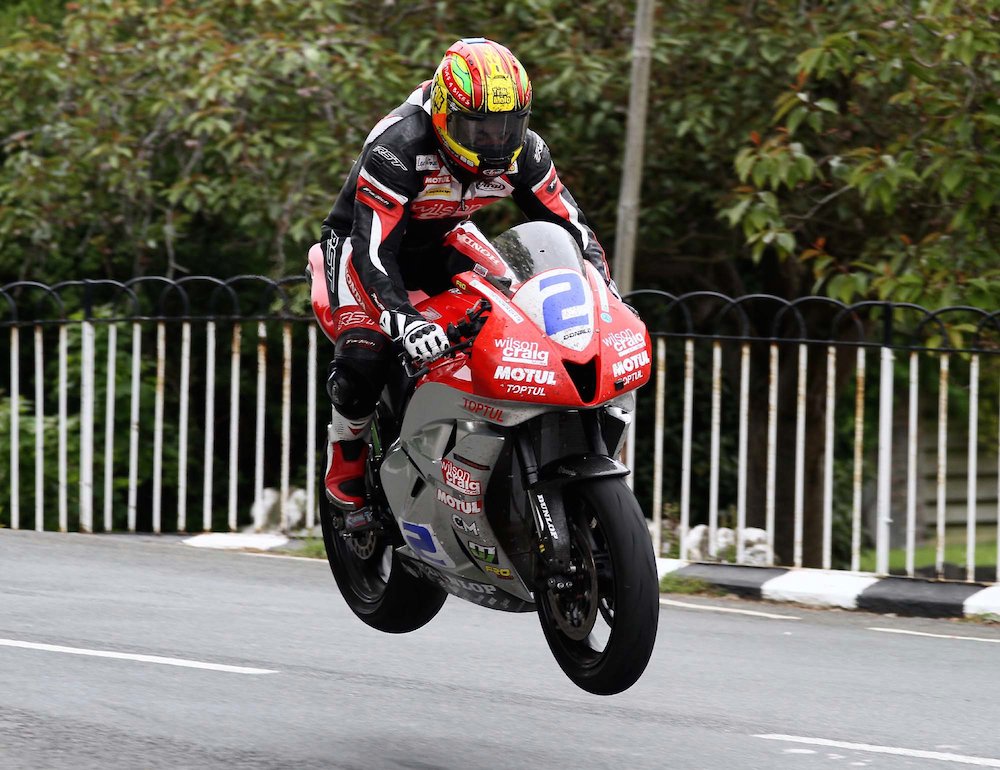 IOM TT racing comes with some inherent risks, and we all know what they are. Unfortunately, those ‘inherent’ risks are one of the things that make the event such a spectacle. In fact, it would be nearly impossible to mitigate those risks to any real degree, without also diluting the TT’s appeal. Today’s society is so risk-averse though, that if something isn’t done, the pressure to ban IOM TT racing will eventually be too great, and we’ll see an end to a tradition that’s over a century old. That’s why the TT organisers have employed a new Safety Management System. They’ve spent the last two years (while the TT hasn’t been running) compiling some massive risk assessments. Their aim: to separate the ‘inherent risks’ from the ‘unnecessary risks’. And to make a plan to stamp out any unnecessary (and minimise any inherent) ones.

So in 2022, the IOM TT will look ever so slightly different. A few of the tweaks will be noticeable, but most won’t. The idea is for the TT to maintain its ‘DNA’ but be safer, in every way possible, for everyone involved. So here are a few things that the SMS team will be putting in place for the next Isle of Man TT races.

The IOM TT is a massive event, that takes an army of people to deliver. During the TT fortnight, you’ll find the generals of that army in the TT control tower at the Grandstand. And it’s a slightly complicated affair; the owners of the TT races subcontract the running of the event to ACU Events Limited, who do so under a license from the ACU; which is a separate entity from ACU Events Limited. The SMS have called for greater clarity around roles and responsibilities of all the organisers, and better communication between organisers and everyone else involved. Poor communication led to a horrendous accident in 2018 when Steve Mercer nearly lost his life, and that’s precisely the kind of unnecessary risk the SMS are aiming to avoid in future.

Accident investigation is something that Formula 1 is really good at. If someone crashes, they want to know why. If someone gets badly hurt, they look at ways to avoid it in the future. That’s why they are constantly mandating new safety equipment to the cars and the kit. To help drive TT races to a safer future, post-accident investigations will be carried out, to find out why they happened and work out whether they can be avoided in the future.

There are some big changes to course safety coming in 2022. First of all, as well as marshals waving flags to alert the riders of a race stoppage, there will be a new digital red flag system. You might have seen red lights being used to stop MotoGP or F1 races; if you have, you’ll recognise the new system at the TT, which is from the same supplier as those used at Grand Prix level (cars and bikes). It’ll mean the Clerk of the Course can immediately bring the race to a stop, for every competitor.

There is also a big roll-out of CCTV cameras round the circuit. It’s unlikely that there will be 100% coverage in 2022. Many of the key areas of the 37.7 mile course though will be available for the organisers to keep an eye on, in real time. And all from the comfort of the control tower.

When you’ve got scores of riders spread out around 37.7 miles it’s impossible to tell where they all are. Or it used to be. Because starting from 2022, lots of the vehicles on the mountain course will be fitted with GPS trackers. The tracking system will be tested in 2022 and be mandatory for 2023.

If you’re going to be a marshal at the TT, from now on you’ll be receiving better training and equipment. The TT Marshals Association are implementing a brand new training course with an online training course for novices, an incident management course for more experienced marshals and further training that’s more relevant and accessible to all.

There will also be a load of investment made in 60 or more marshalling points, with new uprated kit in brand new colour coded boxes. That might sound a little bit ‘CBBC’ but if something goes wrong racing at the IOM TT, it usually goes wrong fast, and the last thing you need in that scenario, is to be searching around for the medical equipment. If you know it’s in the green box, you go straight to the green box… and then save someone’s life.

For 2022, the TT has gained an eco-friendly fast response vehicle, too. The car will serve any areas on the mountain course difficult to get to with the choppers.

As for the choppers, they will be kitted out with more advanced life support and medical systems. ‘Taking the operating theatre to the patient’, rather than the other way round. Any medical professional knows that the sooner you get to work on a patient, the better their chances of making a full recovery, so allowing medical crews to use the mobile mini-hospitals, rather than just a taxi to the airport, has the potential to save lives.

One of the biggest changes to the TT, as far as the riders will be concerned, is the reduction of competitors. There will be a maximum of 50 riders in the 1000cc classes and 60 riders in the others. Whilst it will be a blow to some competitors, who won’t make the cut, the amount of time between the last riders setting off and the leaders coming round is getting shorter and shorter. Start numbers of 80-odd simply aren’t sustainable.

With fewer riders on track, there will also be more space in the pits and paddock. That means that each rider can have extra personnel in the pits, wielding fire extinguishers; hopefully making the job a bit safer.

More space in the paddock will also mean the sidecars don’t need to line up in the pits during practice. And that’ll mean the solo lads can enter the track from the end of pitlane; rather than swinging onto the track from the start line, as has been the norm for years.

If you’re a racing at the IOM TT in 2022, you’ll be pleased to hear about the new mobile medical facility. It’ll be a bit like the Clinica Mobile at MotoGP. There’ll be physio stations, drug and alcohol testing and a base for the Isle of Man University’s sports-science research project.

As well as physical health, the SMS is working on ways to care for the mental health of riders too. At the forefront of this is a new ‘chill-out’ zone where riders will have access to trained therapists. It’ll be a chance to get anything off their chest, or just get away from it all for a while.

The future of the TT

The SMS is an ongoing thing. To preserve the future of the TT, they know they need to make it as safe as possible to minimize the potential for any bad press. And they intend to do whatever they can to avoid those unnecessary risks.

And I’m fully onboard with it. Because whilst I love racing at the IOM TT, personally, I don’t like taking risks unless I have to. If they can make doing something I love, just that little bit safer, without taking any of the enjoyment out of it, they can have my vote.

Another excellent article Boothy. I feel like if they’re going to implement these expensive yet prudent changes for the sake of safety they need to do something to increase viewership to offset the costs. I don’t know what the laws are on the Isle of Man but topless umbrella girls should be on the table.

***Update; I just Googled it and it’s legal. Your move ACU Events.