Ducati Panigale V410 Dyno4 V4S1
Ah, dynos: the topic of many pub debates and catalyst for severed friendships. We don’t tend to upload too many, although the Ducati Panigale... 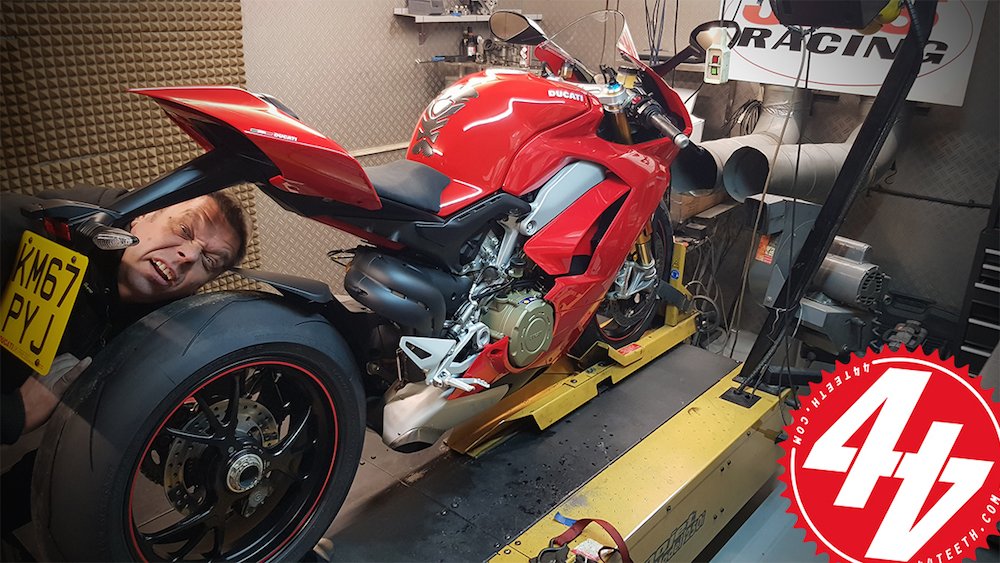 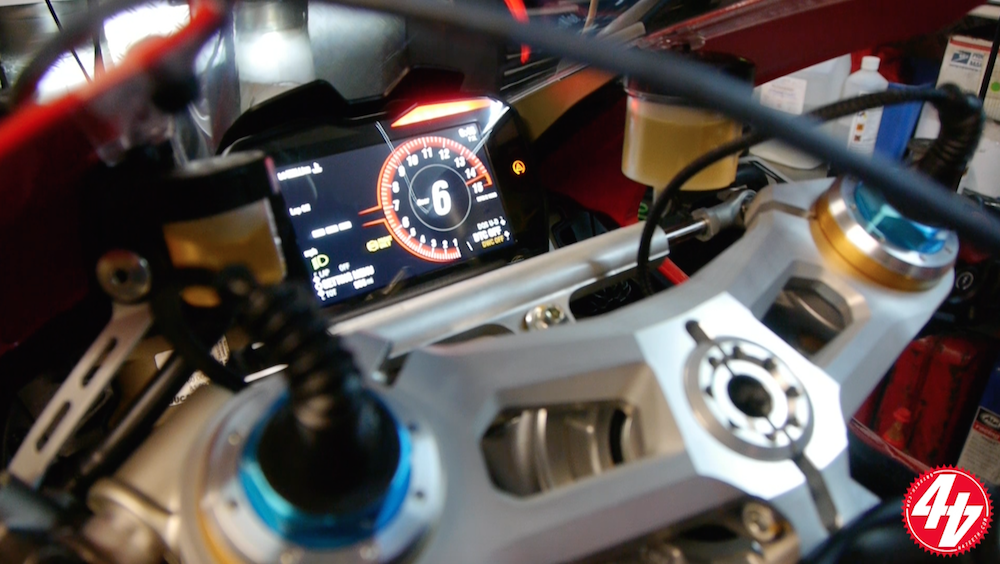 Ah, dynos: the topic of many pub debates and catalyst for severed friendships. We don’t tend to upload too many, although the Ducati Panigale V4 was too god damn sexy to dismiss given its plausible hype and game-changing protocol. Ducati claims a monstrous 215bhp (at the crank), so what does this translate to on JHS Racing modest Dynojet 250i?

We’ve had a V4S for a week now. Having spanked one at the launch in Valencia, it was about time a thorough UK road test was commenced: you know, salty roads and potholes, and bumbling through traffic. However, the weather has been utterly shite, so the Poonigale was taken straight to JHS Racing for a dyno session and a chance to capture a video.

James soon figured out that this wasn’t a straightforward procedure. Usually, a connection to the dyno is located (typically under the tank/fairing directly to a coil), although the V4’s fickle arrangement meant an hour of faffing as we followed Ducati’s dyno instructions. Having shifted the fuel tank further backwards towards the rear, space for the ECU and battery must have been at a premium judging by the cramped setup.

Don’t be too disheartened/perplexed by the numbers if you’ve already seen a V4 figure elsewhere. As previously mentioned, the JHS dyno is famously humble in its outputs, and calculations soon proved Ducati’s claimed figure wasn’t exactly inflated. We’ll do another video on dyno differences and the road test will be up later this week, but in the meantime, enjoy…

Well there’s no doubt that the Panigale V4 is worth twice the price of the 959, which definitely is worth 3x the cost of the Ninja 400.

Why oh why aren’t dynos calibrated?
Is it so that tuning shops can BS owners?

It’s utterly daft that something which is designed for measuring isn’t verifiable and that direct comparisons can’t be made.