Every morning when I tumble out of bed and stumble to the kitchen, my worn out body reminds me that I’m not getting any... 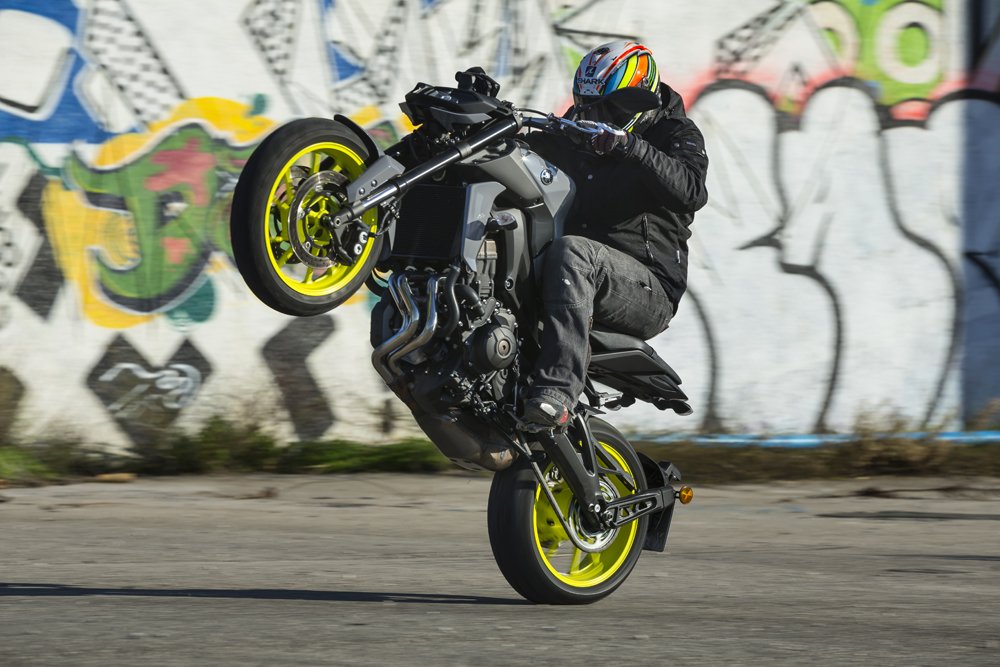 Every morning when I tumble out of bed and stumble to the kitchen, my worn out body reminds me that I’m not getting any younger. And whilst I don’t consider myself to be an old man just yet, I feel as though I’m hurtling relentlessly towards it. And I don’t like it. But although I can’t do a great deal about the receding hairline, the diminishing eyesight and the elongated scrotum, it is possible to hang on to some semblance of youthfulness, if you really want to. And I do really want to. And I think you do, too. So set fire to your pipe and slippers and tell Shackleton’s to ram their high-seat chair up their hoop. Don’t grow old gracefully; ride bikes instead…

Because you’re never too old to ride bikes, despite what your family might think. If you can still see straight, and you’ve got the use of at least a couple of your limbs, you’ve got everything you need. In fact you’d be doing better than some car drivers out there; there are plenty of them that obviously can’t see straight.

There’s a little feller that lives opposite me who’s in his 70s and doesn’t appear to have much of a life. Occasionally you’ll see him tending to his flower beds or cutting the grass, but that’s about it. Usually, he’s polite to the adults in the street but all the kids think he is weird. He’s not weird; he’s just a miserable old turd. He’ll shout at the kids for playing football on the green, or riding their bikes too fast up and down the street. Because he’s got nothing else to worry about. Nothing else to occupy his mind. If he’d bought himself a bike, rather than that stupid pretentious water feature last summer, he would have something interesting to do. Something interesting to focus his mind on, rather than being a cantankerous old bore. Sorry Malcolm, but it’s true.

Because what is the point in being alive if you’re not really living? If you ask me, there isn’t a lot of point at all. Because when you start to slow down, it’s only a matter of time before you stop. And once you’ve stopped, that’s it. You don’t get another chance.

So if you’re happy to turn into a crusty old fart, just because you’ve been around longer than most, fine. It’s a waste of a life, but it’s your life so you can waste it if you want. But if you want to make the most of every minute of your life, do something with it. Don’t shout at the kids just for being kids and waste all your money on stupid fountains for your garden. Get yourself a bike and live a little.

Amen to all of this. Many will never understand the feeling riding a bike gives you and the way it takes the years away. And who wouldn’t want to be the cool grandad who arrives for the school pick-up looking like a Marvel character?
I love being the ‘wierd’ one who hasn’t grown up!

Age is a lame excuse used by people who need an excuse to let themselves go. Look after yourself and you’ll get faster not slower, Sod this “i’m buying a cruiser because I’m 50 and my guts are in the way of the tank” bollocks.

You are 100% right. Ignore the bores that drone on about the risks. Ignore the condescending sneers about a “mid life crisis”. Get out on your bike. I’m 61 and making my racing debut this ANZAC weekend. Wish me luck!

57 and just bought a new Busa!

I am nearly 60 yipee, but what i honestly believe, when i go out on a bike , I keep getting younger, pity I am not on it all the time, I would be 21 again lol

Its funny though go to most bike nights and its baldies and silver hair everywhere , I would say its 80-20 in favour of old wankers to young wankers , bikes aren’t really popular with the modern youths they have been brought up cushioned in health and safety and starring at computer screens , the youths now are a lot more risk averse and sensitive as well , so enjoy bikes now before these young Tarquins get into politics and ban them .

What’s all this “Old” nonsense? I’m only 58. My bikes think I’m 20. I don’t tell them any different and we all get along just fine.
Now, I have to go prep one of them for the seasons first track day. See ya.
In my mirror.
Rubber side down.