Confessions4 Racing168
I’ve never really considered myself a cheater. That said I’d be lying if I said I’ve never been disqualified for exactly that; cheating. And... 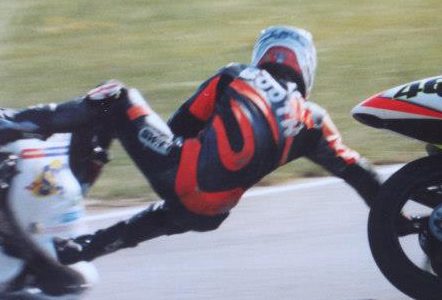 I’ve never really considered myself a cheater. That said I’d be lying if I said I’ve never been disqualified for exactly that; cheating. And it’s something that I’m never allowed to forget, because when it happened I was racing against my girlfriend’s brothers, and she still reminds me of it all the time. And it was nearly 20 years ago.

The story goes like this. I was about 13, racing in the Aprilia Superteen Championship. At the time, we had two bikes, both Aprilia RS 125s. One ‘Superteen’ spec one (which had to be fairly standard), and one at Formula 125 spec (which could be tuned, faffed with etc). One day, a few days before the Snetterton round of the Superteen championship we couldn’t get the bike to run. We tried everything, and the only time we could get the bike running was when we put the aftermarket ECU on the bike, of the F125 spec bike.

If money hadn’t have been an object, we’d (I say ‘we’, what I mean is ‘dad’) would have bought a new standard ECU for the bike, and we’d have gone to Snetterton. Unfortunately, money was an object. The entries had already been paid for Snett’ so there was no money for a fresh ECU.

So it was either stay at home and lose the entry fees for that round. Or go and race there, with a non-standard (i.e. cheating) part on the bike. We decided to go, keep our mouths shut and hope we didn’t get caught.

And it was all going swimmingly until I had a big crash (totally wiping my mate Jesse Trayler out), ripping the seat unit off in the process. The issue with that was that’s where the aftermarket ECU was fitted. And it was bright red. As was my face, because everyone saw it.

I was sent home on the spot, and only allowed back to the next round if I promised never to do it again. The annoying thing was that the aftermarket ECU didn’t actually make any difference to the speed of the bike. It was a programmable one, but to program it you needed the special cable, which was another couple of hundred quid; so we didn’t have it. The map that was in it was a completely standard one. But that’s besides the point. We knew we shouldn’t have done it, we knew it was against the rules, we knew it was cheating, and we knew that if we got caught, we’d be in trouble! And we did get caught. Whoops.

To read part one of Confessions of a Motorcycle Racer ‘What I really think when I see a yellow flag’, click here

And to read the next part, part three of Confessions of a Motorcycle Racer ‘Cheating again’, Click here