Bridgestone H502 Tire1 Tyre4
It’s no secret that this job is indeed the best job in the world. It’s also far from easy, although launches like last week’s... 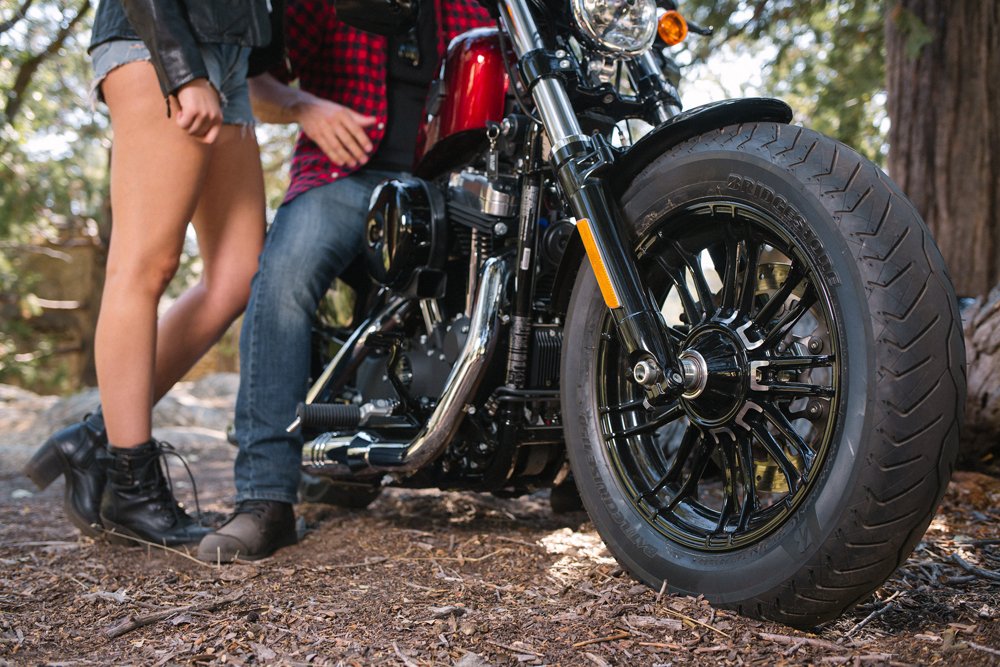 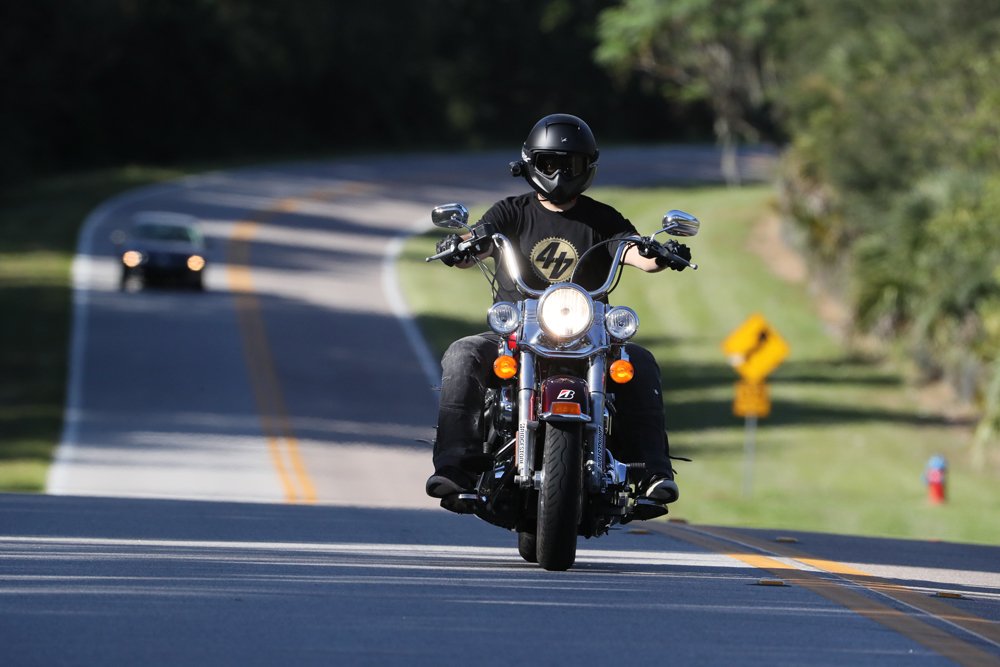 It’s no secret that this job is indeed the best job in the world. It’s also far from easy, although launches like last week’s Bridgestone gig in Florida tend to soothe the agony somewhat: Orlando sunshine, swamp boats and wakeboarding, followed by riding some big, fat American bastards. And by that, I mean Harley Davidsons and Indians.

Designed specifically for big American v-twins, the H50 is Bridgestone’s all-new cruiser tyre. This is a new sector for Bridgestone, and when you consider that more than half of the millions of bikes in the US are Harleys or assorted big cruisers, the custom sector is by far the most prevalent. Meanwhile, back in the UK, custom tyres make up a measly 3.5% of the market.

According to several American cruiser experts at the launch, tread pattern is crucial to Harley riders’ purchases – the same can be said for supersport rubber. It has to be of retro guise, not too modern and it was quite interesting to hear why the H50’s range won’t feature any whitewall tyres: certain manufacturers believe this sacrifices the overall construction of the rubber. Like many of you guys, I wondered just how important tyre choice is for the cruiser market. You can’t polish a turd, and you certainly cannot sex-up half a ton of American metal. Or so I thought… 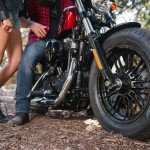 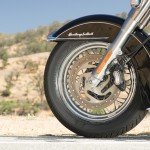 The pre-ride presentation consisted of the usual praising of the H50’s grip, mileage and handling properties. I won’t bore you with the technical details but Bridgestone uses innovative technology dubbed U-EYE, which is essentially computer technology to measure and assess contact patches, tread efficiency, loads and slip angles. This gadget was first used in the S21, which is nothing short of stunning. That said, the H50 is an entirely different entity, and all about straight-lining, big mileage and nursing heavyweight machinery.

Lacking sufficient knowledge in US heifers, I opted for an 883 Sportster because it looked trendy and slightly naughty. 20 minutes into the ride, it was soon apparent that this was the worst bike I’ve ever ridden: gutless, lacking anything that resembles suspension damping, and left my limbs left fizzing after being tortured by vibes. No amount of Gucci rubber could remedy such woes.

Those of you familiar with Florida’s landscape will know sexy roads are scarce. Our route wasn’t exactly teaming with corners, which is no bad thing when you consider the complete lack of ground clearance on these things. If there’s one aspect I did learn about the H50, it was its stability without sacrificing feedback and road-tracking capabilities. Over-banding and iffy surfaces are rife on the roads around Orlando, and even the 883 was tracking superbly, never protesting at the muck beneath. 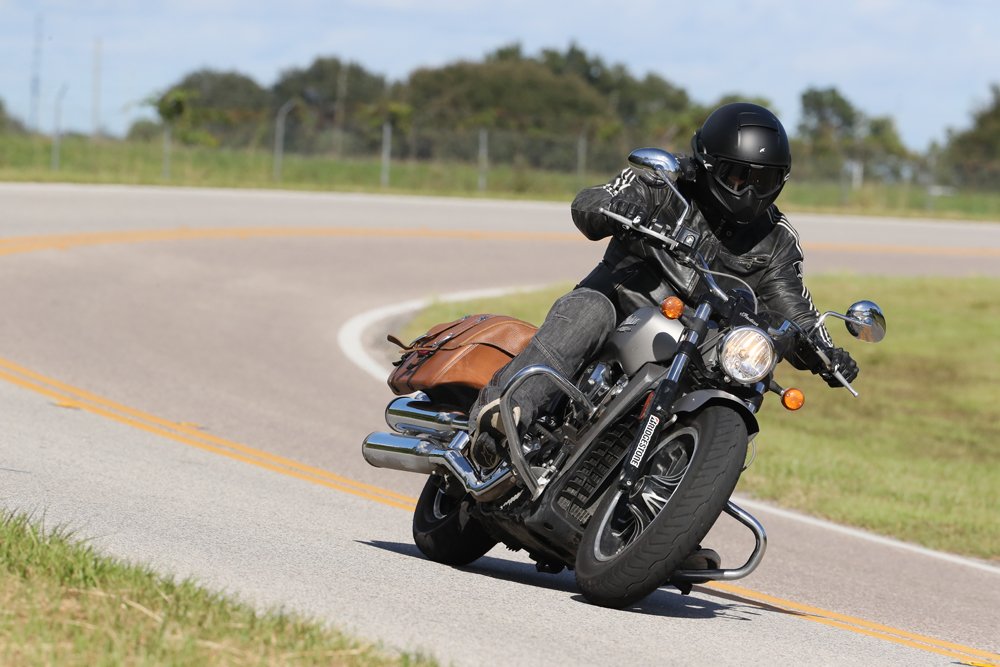 After a sore botty and fuzzy fingers, I switched off Grinder. And also switched from the 883 to an Indian Scout – another bike that’s escaped me in the past. Fast, sporty and relatively vibe-free, the pace was promptly faster and we could actually punish the tyre to an extent.

There were several Indian Scouts present with their OE Kendas fitted. Keen to suss the competition, I swapped the H50-shod Scout as a barometer. Instantly, the bike felt sloppy and lethargic to steer, and as soon as any meaningful lean angle was dialled in, it was akin to riding a blancmange. On swapping back to the Bridgestone H50 bike for the return jaunt, the Scout was more agile, taut, lighter on its springs and generally far sportier. I’m guessing Indian gets a good deal from Kenda on OE rubber.

Of course, the extent of my comparison ammunition is negligible to say the least, but I can say the H50 is a damn good tyre ridden in isolation – and head-to-head against the competitor at hand. This market is all about mileage, grip and handing, and it eased the latter two cruiser prerequisites in Orlando. It’ll be available in December and obtainable in all the habitually quirky tyre sizes for the cruiser market. Video dropping soon… 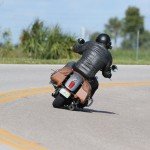 Just over 571,000 tyres have been sold in the UK so far this year. That’s quite a number. While the custom market makes up just 3.5%, the most popular sector is sports touring with 139,200 units sold – T30s, Angel GTs and Roadsmarts, for example – and the second biggest is classed as ‘Hypersport,’ which includes R10s, Racetecs, Supercorsas and about 10k behind. Claiming the last podium spot is MX and trials, which forms the off-road segment.