Brad Binder: “Racing bikes, you get more pussy than anyone” 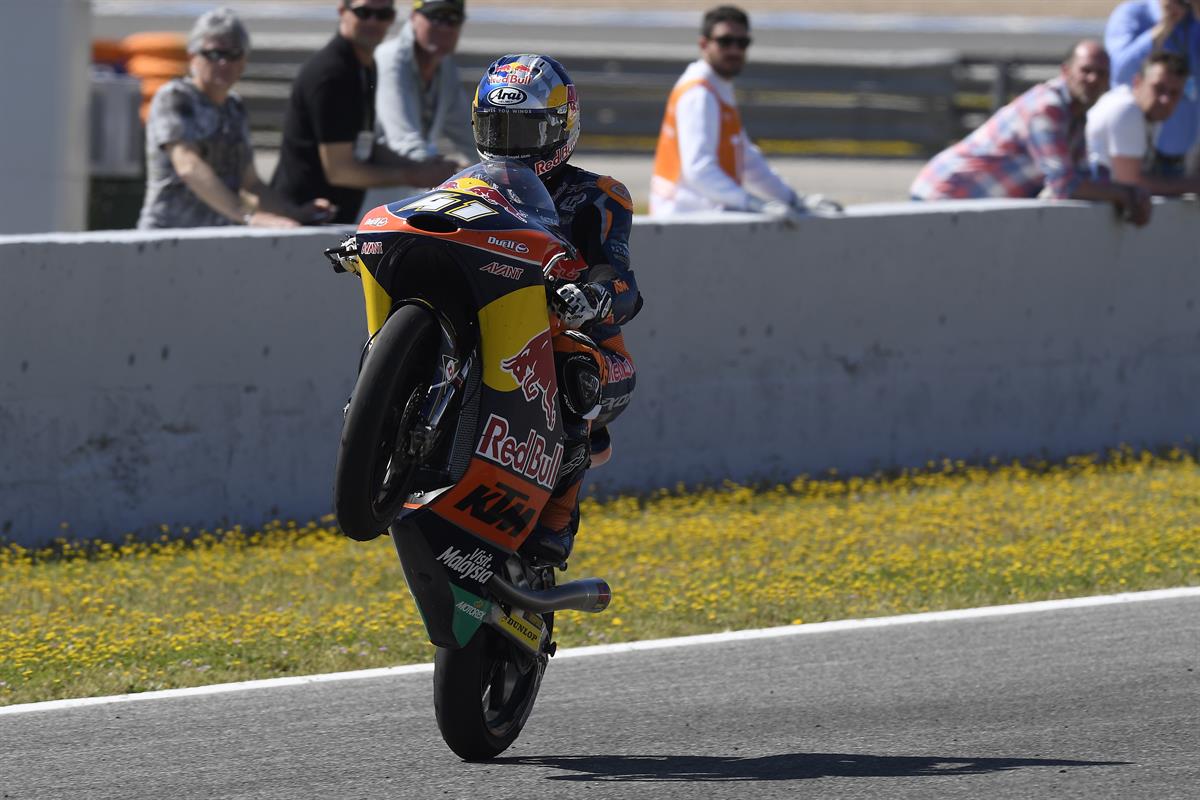 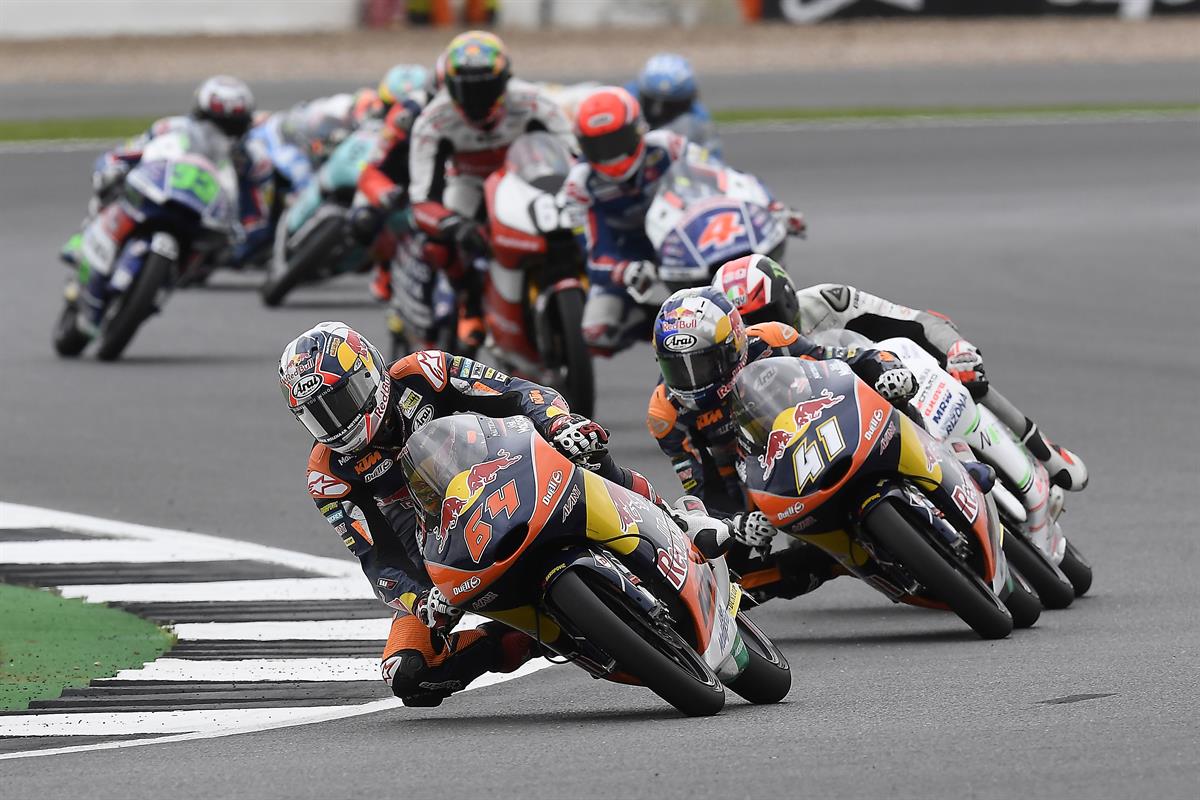 MotoGP is brewing nicely in 2016: new race winners, records being smashed left, right and centre, entertainment throughout all classes and a genuine British resurgence. But Moto3, once again, provided the closest, most enthralling fairing-bashing at Silverstone and factory KTM pilot, Brad Binder claimed his fourth victory of the season after a motivational session chat with 44Teeth.

What started as an innocuous trip to collect a press bike from KTM UK turned into an informal sit-down with the Moto3 world champion elect and his youthful sidekick. Bo Bendsneyder – who brags an uncanny resemblance to fellow Dutchman, Michael van der Mark – is still fresh to this racing game after winning the Red Bull Rookies in 2015 and is far too tall to be a Moto3 pilot, yet still stuck it on the box following a perfect team-mate role at Silverstone. 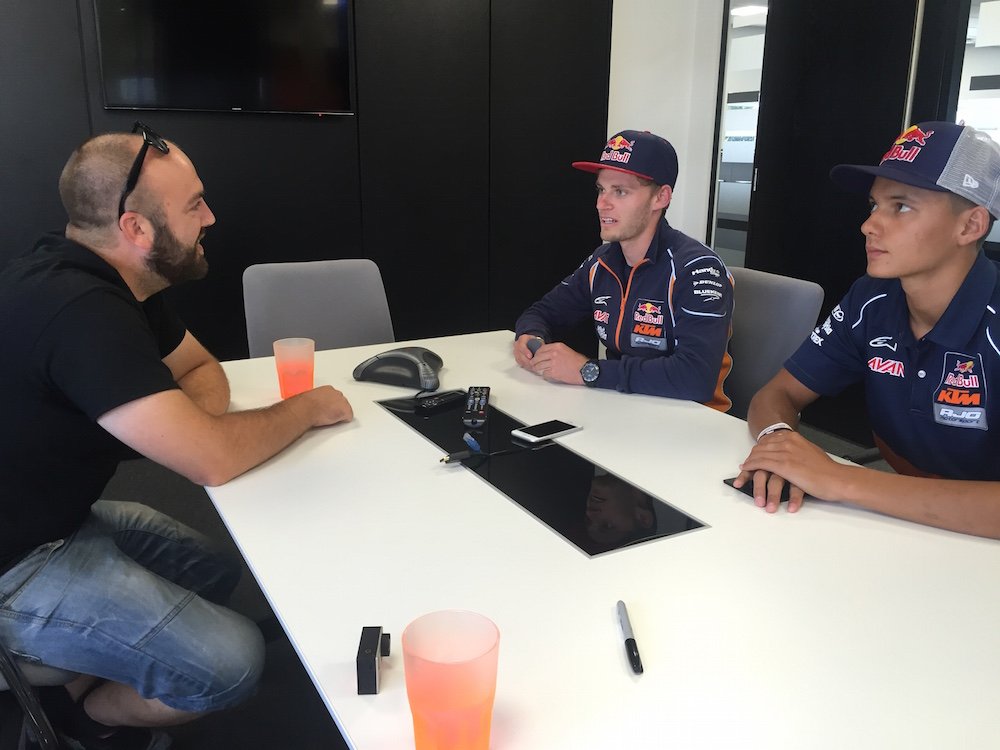 In a field saturated with Spanish and Italians, it’s a South African who now leads the championship by a whopping, seemingly unassailable 86 points with six rounds to go – you’d have top be a bender to bet against Binder. Ahem. With my limited research tekkers, I think I’m right in saying Binder could be the first South African world champion since Jon Ekerold won the 350cc title in 1980. Is there a patriotic kinda pressure?

“I wouldn’t say pressure but in one way it’ll be great for me but it’ll also be great for South Africa as well,” reckons Brad. “Since I’ve started to do a little bit better, the amount of support I have at home and the people I have following MotoGP is incredible. Obviously, there is a little bit of pressure there but if we can continue what we’ve been doing all year then we’ll be alright.”

And alright he did at Silverstone. As Binder timed his attack to the front with a measured ride (extremely difficult to do in a class where racing etiquette is non-existent and wildcards like Stefano Manzi spice things up), his championship rivals around him did a Spurs and capitulated. And judging by Silverstone, Brad has a very decent wingman in Bendsneyder. Likewise, there aren’t many fast Dutchmen populating the MotoGP paddock.

Bo: “For me this year is a learning year. Next year we will see but for me now is no pressure and I think I need to keep focussing on my own job. I’m still in the beginning and there’s a lot of hard work to do” He’s a humble, level-headed kid who left most of the talking for Brad during our chats. 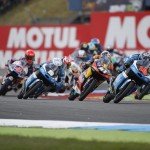 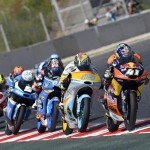 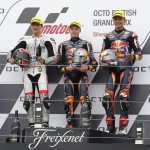 While battles rage with malice on track, the off-track camaraderie within Moto3 is palpable yet bizarre from an outsider’s perspective. Hordes of kids hanging around in paddock packs is, I suppose, akin to any other normal teenager’s Friday or Saturday night.

“I think it’s good, you know, in Moto3 we all seem to be mates,” says Brad. “Well, most of us. You get your odd few guys who stick to themselves and do their own thing but there’s quite a big group of us who actually hang out in the paddock all day and go out and party on Sunday night – if there’s a party!”

I’ve often wondered how much these kids sacrifice in terms of childhood: not in a ‘ah, poor kids’ way, but life on the road, hopping from country to country, chasing the dream of racing bikes professionally and sacrificing beer and pussy. Who wouldn’t? Brad was quick to quash the pussy myth, though…

“I think racing bikes, you get more pussy than anyone. That’s not a problem! In a way, I see my mates back at home and they’re doing nothing. They’re just sitting at home going drinking everyday and partying at night. When we’re not at the track during off-season, we can go do those things and be a bit more normal. During the season, you’ve got to stay focused but for sure, I used to think, ‘ah, I’m missing out a bit,’ but that’s when I was a bit younger.” 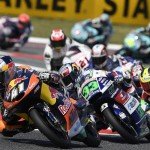 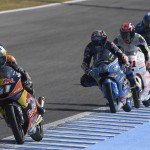 Both came from the Red Bull Rookies Cup, like many of the paddock’s pilots (Zarco, Kent, etc), and coming from countries where sports like cricket and football take president over motorcycling, both agree the series helps if you haven’t got a Spanish or Italian passport.

“The Red Bull Rookies Cup was one of those things that was so important, especially coming from South Africa because it’s the best way to get yourself onto the world scene,” said Brad. “Without it, it would have been a lot more difficult to get into the position I’m in right now. I learnt so much and a lot of the things I learnt then still benefit me now.”

Bo: “I think if you’re Spanish or Italian, it’s a little bit more easier without the Red Bull Rookies but being from the Netherlands, it’s more difficult to make the step into GPs. You can show your talent and if you’re doing a great job, you can step into Moto3.”

With our time together running out, I dug deep for a bonus question to Brad. Ever had a hammering for crashing a bike? “Never! I think if you pull out the pits and flip the thing while doing a wheelie, then you’re going to be in the shit but if you’re out there and pushing, and doing the best job possible, you’re going to crash. Not once in my life [have I been warned about crashing], maybe in the Red Bull Rookies when the bill was totting up! Crashing is part of the game.”

While Bendsneyder is still plying his trade in Moto3, it’s no secret that Binder looks set to step up to Moto2 in 2017 – regardless of winning the championship or not – and rumour has it, it’ll be with the newly-formed KTM squad. And after that, who knows? Given the fact that KTM will join Honda with a presence in every GP class next season, we could be looking at a future legend. Good luck boys!

[…] Red Bull KTM teams (Factory and Tech3) impressed in 2020, too, with Binder taking a win for the Factory squad and Olivera chalking up a brace of first place finishes in Tech3 […]