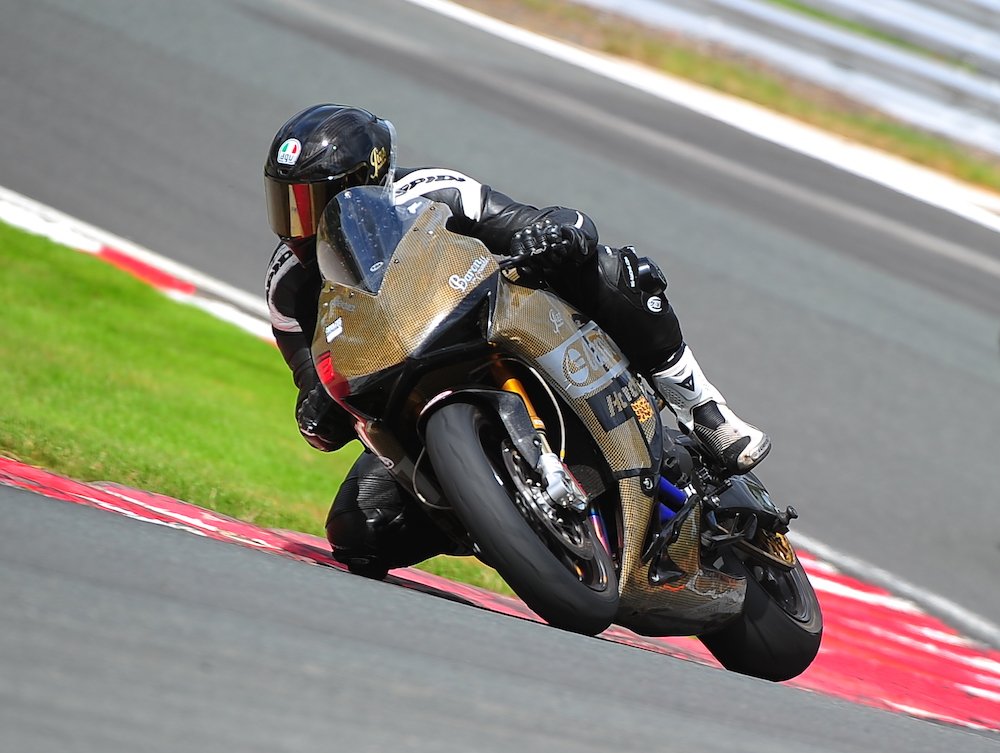 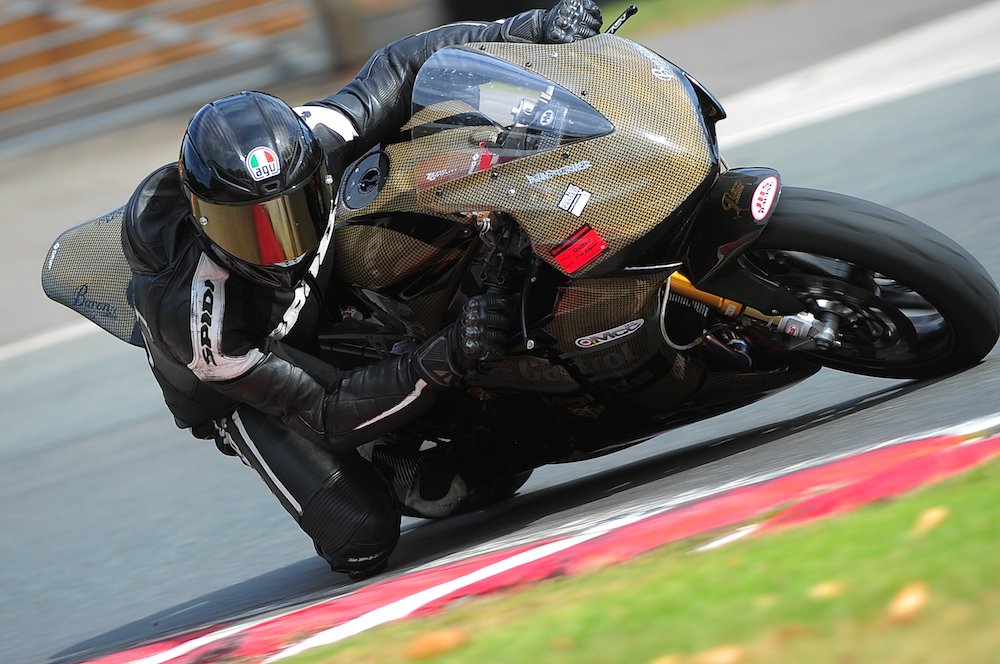 Bad news I’m afraid: Baron von Grumble was arrested by the carbon fibre police yesterday. The special force – who has strong links to government officials and MI6 – cited several horrendous clashes of carbon weave (particularly the conflicting directions) and a complete disregard for trackday fashion. Carbon wheels, carbon frame guards, carbon subframe, carbon tampons and those carbon-Kevlar fairings proved too much, as did the carbon AGV, which played havoc with the officials’ OCD. Carbon.

Which all worked out smashingly for me, as I grabbed the keys to the Vonda and spanked the old girl round Oulton Park for a few sessions. After spending a while fettling and salivating over the Fireblade, a sunny Oulton was the perfect place to scrutinise recent workings. 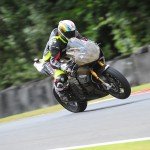 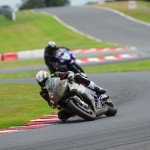 If you’ve ever ridden the rollercoaster Cheshire circuit, you’ll appreciate how challenging Oulton Park is. You spend a large chunk of time either standing on the rear brake or feathering the throttle (or relying on anti-wheelie) as the front wheel constantly threatens to loop over any excise for a crest. It also punishes badly set-up bikes, though the Vonda proved more than worthy.

Öhlins FGRT forks worked a treat, transforming the front-end as we’d expected from the golden tubes of goodness. The standard ‘Blade forks provide ample performance for the road but get found out at a circuit, especially with sticky rubber and a handy rider. There’s always an element of uncertainty when loading off the throttle (and braking) but the Öhlins supply another 20% of front-end dexterity (I reckon), not to mention offer another wedge of meaningful adjustability.

While the front-end was peachier than peaches and cream, the shock’s newfound state of shiteness utterly ruined any chance of really pushing on. BvG hasn’t had the recall work done to the TTX, which remedies the rebound damping issues. It was akin to taming a bike with a saggy pogo stick supporting the rear but still epic fun.