Awesome UK roads you need to ride in ’22

Advice26 Riding9
A mate of mine is pestering me to help him plan a little riding holiday in Europe. He wants to explore the Alps, ride... 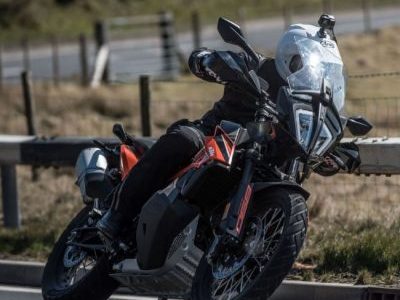 A mate of mine is pestering me to help him plan a little riding holiday in Europe. He wants to explore the Alps, ride all of its mountain passes, drink foreign beer and spend a long weekend doing it. But I’ve told him he doesn’t need to go all the way to the Alps to find beautiful scenery, cracking roads, and foreign beer. We’ve got plenty of that in the UK. And I’ve told him that before he starts booking ferries and dusting his passport off, he ought to spend a bit of time exploring the beautiful British Isles and it’s stunning roads. Because there are plenty of awesome roads to ride in the UK; and here are just a few…

If you’re planning a riding holiday for a week or so through summer, this 500-mile loop is an absolute banger to get your teeth stuck into. It starts in Inverness, cuts across to the west of Scotland and loops around the top in a clockwise direction. If you ask me though, you’re better off doing it backwards. Start at Inverness, head up to John o Groats and loop round that way, in an anticlockwise direction. That way, you’ll be saving the best (the west coast) ‘till last; that’s where you’ll find the best roads and the most breath-taking views.

You’ll probably need the best part of a week to do it properly, especially if you’ve got to travel up to Scotland to start with; but it’ll be worth it. There are heaps of castles, distilleries and all that touristy stuff to have a look round whilst you’re up there, and loads of places to stay if you don’t mind slumming it a little bit, some nights.

If you’re doing it in late summer, make sure you take insect repellent.

Wales is a great place to ride bikes whether it’s on tarmac or not. If riding on tarmac is you bag though, one of the best roads in the country to do it on has to be the Black Mountain Road (A4069), in the Brecon Beacons. It’s not going to take you a week to do, like the NC500, but you could probably ride up and down it for a week and not get bored, if you really wanted to.

There’s miles upon miles of fast sweeping bends, most of which you can see all the way round. In fact there are sections where you can see the road stretching out ahead of you for miles, as it meanders up and down the mountainside.

The roads are great, the views are great, and it’s just an altogether great place to go on a trip. Even if it’s only a day trip.

Some people think it’s a great idea to walk the 190 miles from St Bees, on the Irish Sea coast, to Robin Hood’s bay on the North Sea coast. I don’t. That sounds like a whole lot of hard work. Doing it on a bike, on the other hand, is a really good idea.

It’s a ride that’ll take you through the mountains of the Lake District, the rolling hills of the Yorkshire Dales and the winding roads of the North York Moors. You can quite comfortably do it in a day, but you don’t have to if you don’t want; there are loads of places to stay, camp, have a BBQ, drink beer, etc along the way.

You’ll find a lot of slow, nadgery roads as well as some big fast open ones. And it’s one of the best way to see some of England’s most beautiful scenery.

Whether you’re in Northern Ireland on holiday, to watch some road racing, or because you live there, you really ought to make the most of it. It’s a great place, with great roads, great people and some awesome sights to behold.

I’ve done a bit of riding in Northern Ireland and I’d have to say my favourite place to ride there is up and over the north coast. If you start in Belfast you can get almost all the way round to Derry, hugging the coastline. You’ll pass the Giant’s Causeway, but I don’t even think that’s the best bit. For me, it’s the rolling roads and the spectacular scenery, which is eerily beautiful; I know that sounds strange, but if you go there and see it for yourself, you’ll know what I mean.

Have you done any of these roads? What did you think of them? Has anyone got a full house?

Start in Belfast and do the Antrim Coast route, but keep on going into Southern Ireland. (Actually higher than the North bit) Head down the West coast side of the island all the way to County Cork. Follow the Wild Atlantic Way and you will come across some belter roads. No traffic too so double bubble bonus.

In Ireland in April. Might have to give this a go. Cheers Nick!