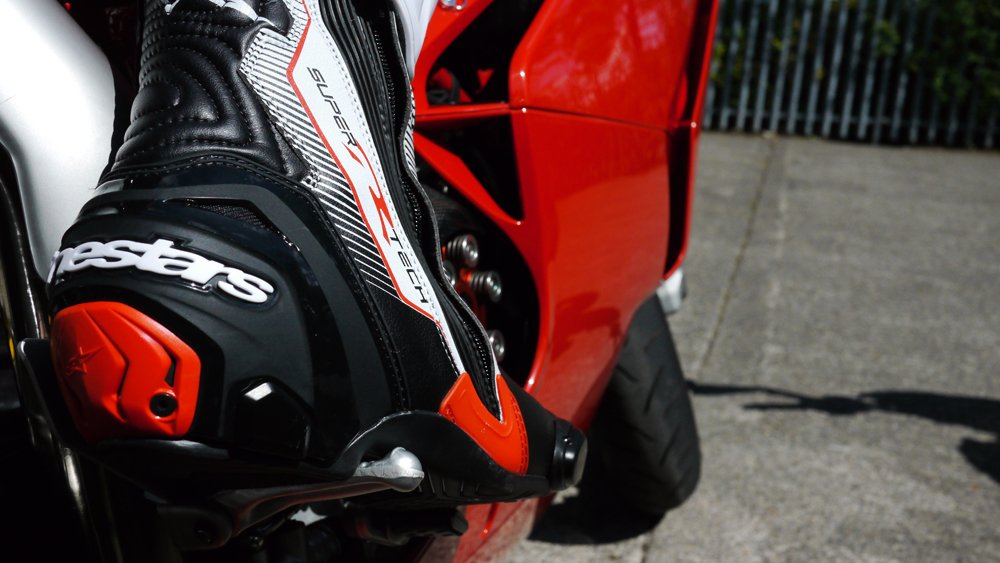 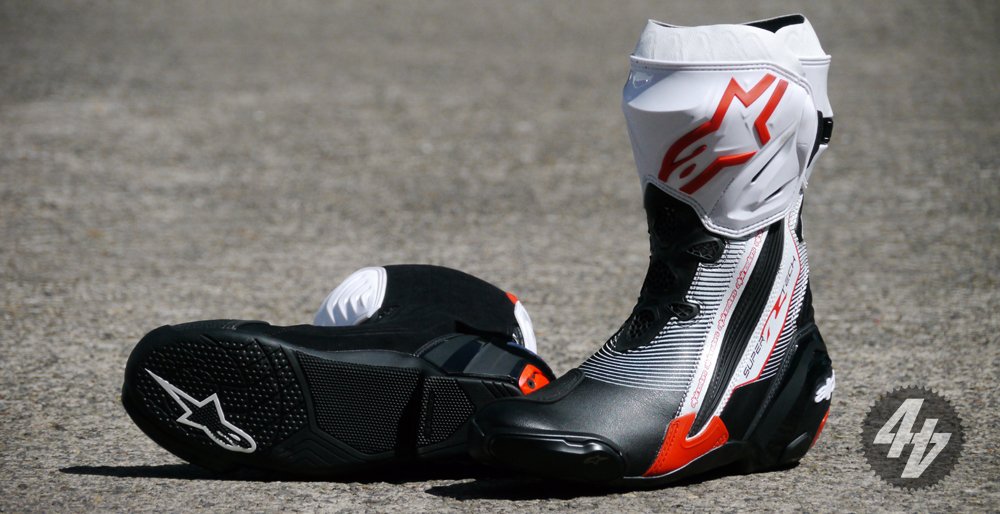 We’ve got our hands on the latest spec Alpinestars Supertech R, which feature a medley of updates and look even sexier for 2015. There are several reasons why I love wearing Supertechs and have chosen to for over 10 years. On an everyday vibe and assuming you’ve bagged the right size/fit, they’re the comfiest boots around: like snuggly, furry slippers you can wear them all day – another reason they’re so popular for touring/commuting/clubbing as well as being spanked round a race track.

While Daytonas are often seen as the safest boots around, there’s also something a little 1970’s orthopaedic about them. And they cost more than a 2-bed studio apartment in Blackpool. Supertechs allow movement in the right area and restrict naughty ankle flex, and the only foot injury I’ve suffered while donning Alpinestars was a few broken bones in this crash, but nothing could have prevented such grievance.

Rival boots have been prone to becoming fashion victims over the years, with external ‘protection’ fitted to the inside of the leg that does nothing but interfere and snag on rearsets. There’s absolutely none of those issues with the Supertechs: no whimsical technology, just race-derived function and safety. The patented inner boot is a thing of simplistic beauty. 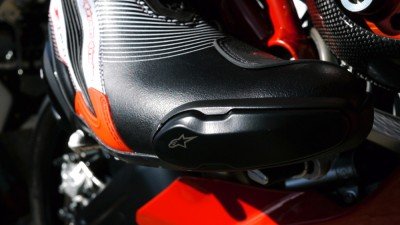 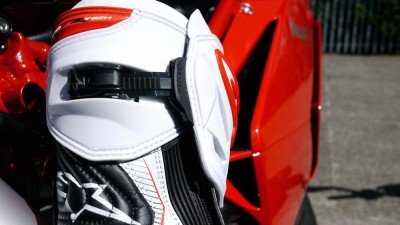 In terms of the 2015 boot, Alpinestars has retained the fundamental basics of the Supertech and tweaked for evolution rather then revolution. We won’t rehash the entire tech sheet but aside from aesthetics, the two standout changes are the new buckle system (which was a bit delicate and flimsy previously) and an all-new toe slider arrangement. The latter was an issue because once you had worn through the old plastic slider, the boot was fit for the bin and a new outer boot wasn’t available to buy separately. The new aluminium version is secured via a neat little 3mm Allen key and isn’t as intrusive if you like riding on your toes. Meanwhile, the fresh buckle allows a better fit to accommodate non-Alpinestars leathers or trousers, with a wider span of adjustment.

Also worth mentioning is a new sole and, although the inner boot (or ‘internal bio-mechanical brace’) remains unchanged, some updates to the laces have made them more resilient.

Got any questions? Leave ‘em below. 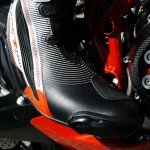 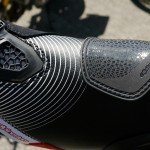 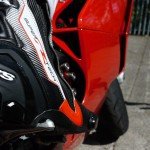