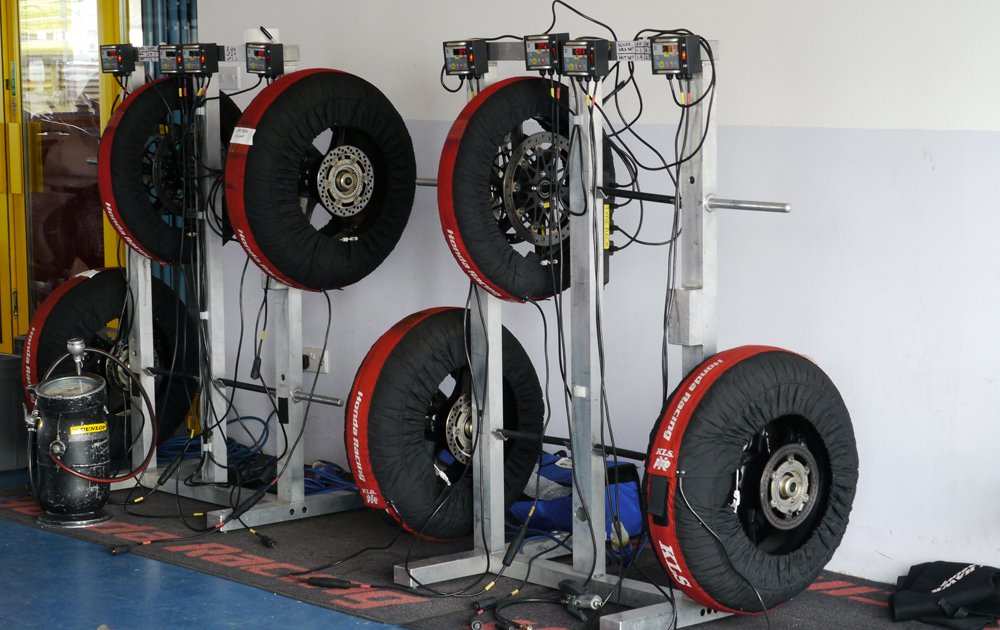 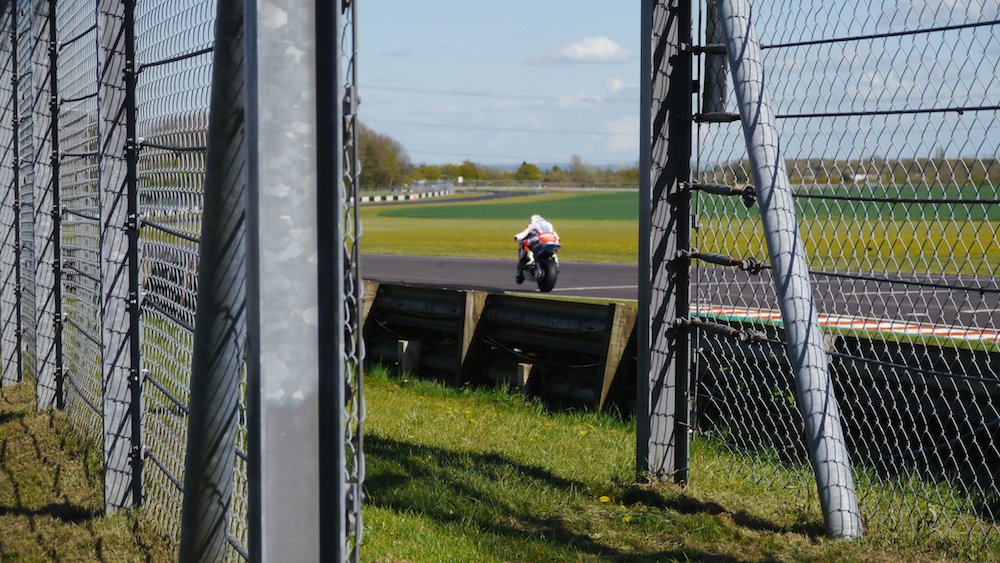 I’ve spent the past few days at Castle Combe circuit (my local) watching the likes of John McGuinness and Bruce Anstey rip it oop in preparation for the TT next month. The entire Honda squad was present for a Dunlop tyre testing frenzy, trialling various dubplate compounds and bespoke rubber designed for the arduous task of pure roads.

There’s only so much you can do at a test like this. The teams are grafting, the riders are, erm, riding and they don’t necessarily want to speak to wanky journos in between sessions. Then again, we’ve got a cool interview with a jovial John McGuinness coming later…

Mark Sears spent 20 years in Dunlop’s Motorsport department and is now product manager for the purveyors of rubbery goodness. Subsequently, Mark knows more about tyres than anyone I know, so sat and chewed the fat for a while concerning the two things that have the final say in our riding destiny.

The typical sized contact patch of a front and rear added together is around a size 9 shoe.

That’s size 43 for our Euro brethren. The contact patch obviously varies depending on the angle of the bike, and between front and rear tyres. The front contact patch is always long and thin like a long and thin thing, for the reasons of cutting through water generally. The rear is wider and it does reduce in length as the bike is leant further over. It varies a lot on the profile and the pressure applied.

The whole idea behind Dunlop’s NTEC technology was adjusting the size of your contact patch by tyre pressure. 1.1 bar is 19psi, which most of the TT lads are running and allows a fatter patch. Trials tyres run 3psi.

There are roughly 40 components in a motorcycle tyre 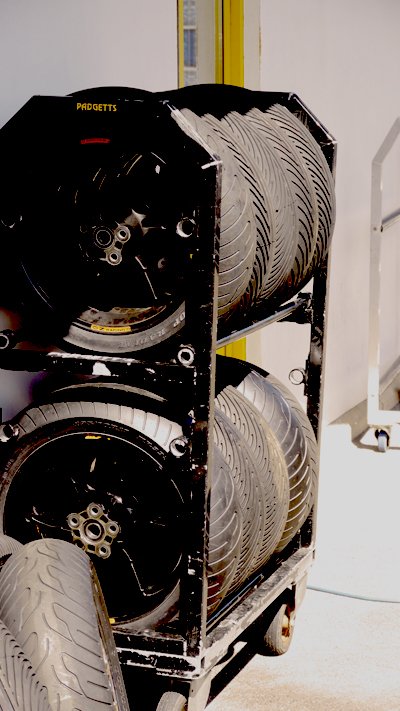 If you take that black, one-piece treaded compound and think about all the different ingredients inside and add the other aspects like beads and plys, for example, you’re looking at around 40 individual components in each tyre. Manufacturers are understandably restrained when giving the finer details and won’t give us Jamie Oliver levels of recipe.

Around 800,000 motorcycles tyres are sold in the UK every year

That compares to the car world with 35,000,000. New bike sales are creeping up, more kit is being sold, as are tyres. But tyres are lasting a lot longer now – manufacturers are victims of their own success and strive for longevity in some ways – you can get 4-6000 miles from a set of sporty rubber, easy. Tyre dealers used to see customers a few times a year. It’s more like 18 months-2 years nowadays. According to sources, 7 out of 10 customers know exactly what rubber they want before entering the shop. In the car world, the figures are more like 4 out of 10.

Tyres are just black and round, right? Aside from retro whitewall tyres forging a way onto superbikes, the rise in mileage through more resilient materials and increased outright grip levels go without saying. But we’re on the verge of an imminent breakthrough as car technology filters down into the bike market for us second-class citizens.

Some of the chemicals used in a tyre’s compound are carcinogenic, so don’t mistake this rubber for a liquorice delight. 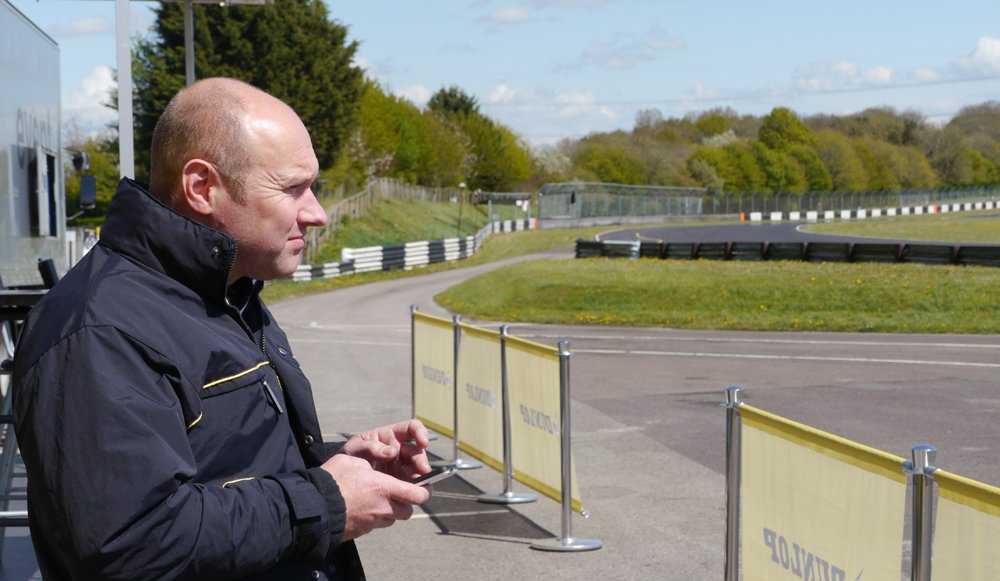