MotoGP126 Racing220
With the hangovers and morning-after remorse dispelled from Sunday’s end-of-season festivities, there was a lot to get through before 2016 pre-season testing kicked off... 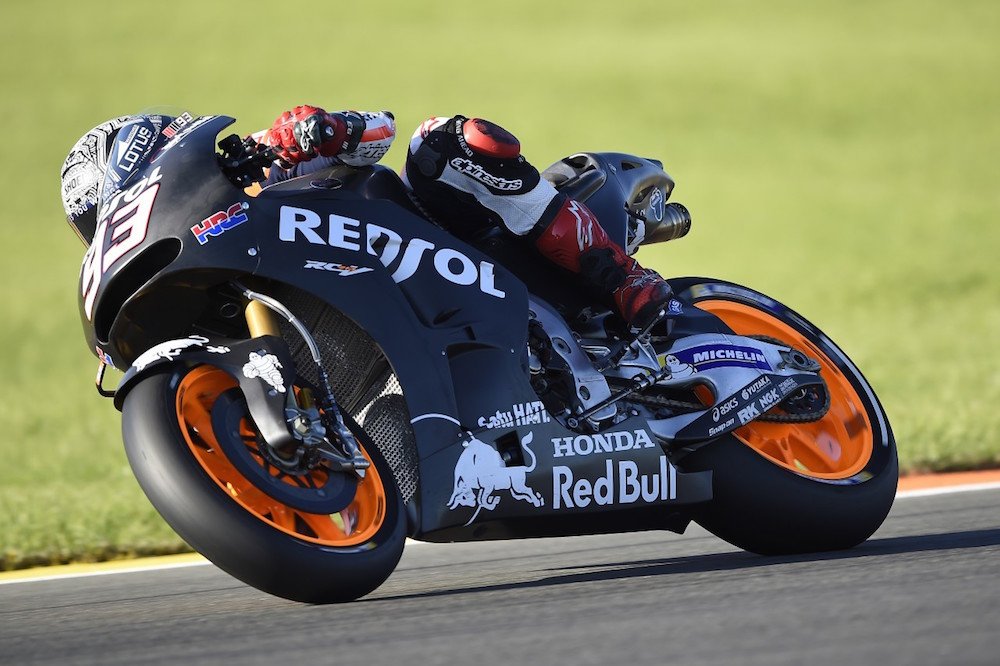 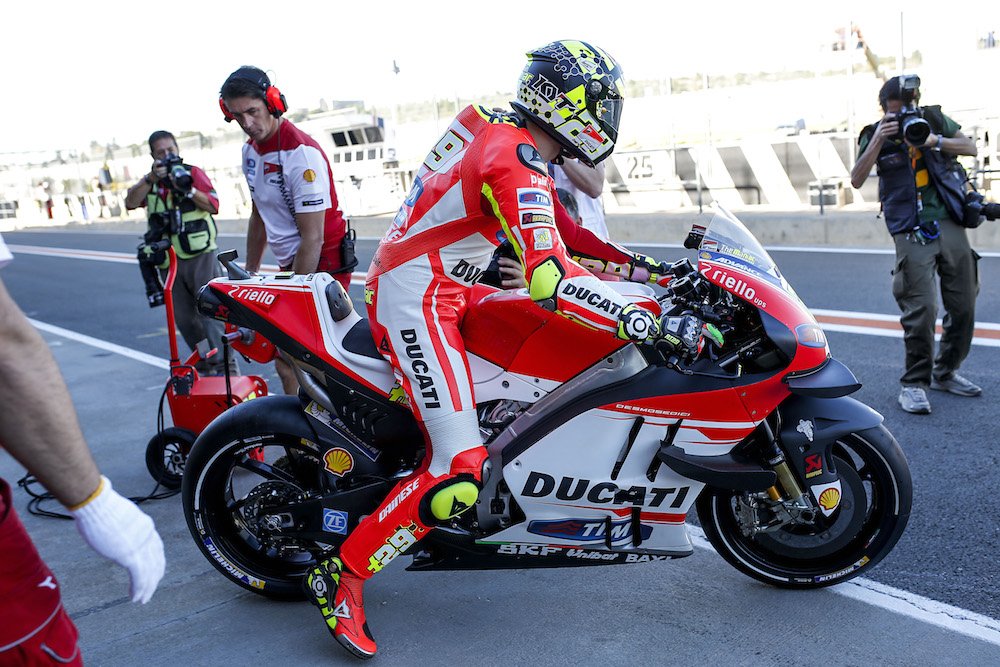 With the hangovers and morning-after remorse dispelled from Sunday’s end-of-season festivities, there was a lot to get through before 2016 pre-season testing kicked off at Valencia this morning: Bridgestone branding removed from leathers, bikes and garage hoarding, replaced with Michelin for the first time since 2008. And, for some, a whole new Magneti Marelli electronics package to install as MotoGP enters a new control-ECU era.

Although there wasn’t the multitude of seat swapping (certainly among the higher ranks), a few enjoyed new steeds – most notably Scott Redding on the Octo Pramac Ducati, who went over half a second quicker than he did during Sunday’s race, and Tito Rabat (the only Moto2 graduate), who stole Scott’s factory Honda and completed eleventeen million laps.

As suspected by a few ‘insiders’, there was also a crash-fest brought on by the new Michelin front tyre. While the rear hoop proved grippy, predictable and well-received by the majority of riders, the front tyre spent a good chunk of time heading through the kitty litter towards one of Valencia’s barriers. I lost count of the number of crashes before luncheon. 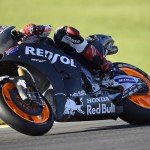 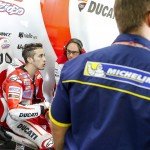 Some teams opted to disregard the control ECU in favour for a better understanding of the new French rubber. Others (like Suzuki and their factory Japanese pilots) had a dedicated team to distribute testing duties.

For a few hours, one rider was conspicuous by his absence and sparked the rumour mill into overload: Valentino Rossi eventually turned up in the garage dressed in leathers and looked like he was recovering from a bloody good knees-up on Sunday night partly quashed gossips that the G.O.A.T wouldn’t even be racing in 2016. It was only testing, I know, but it really looked like he had other things on his mind – obvious things like losing a world championship and the aftermath of the monumental clusterfuck that has been the 2015 season…

In terms of today’s results, there was nothing of exceptional note: Marquez was quickest and only a tenth of a second off his fastest Bridgestone-inspired race lappery, while Rossi was 12th and nearly a second down. It’s only testing. 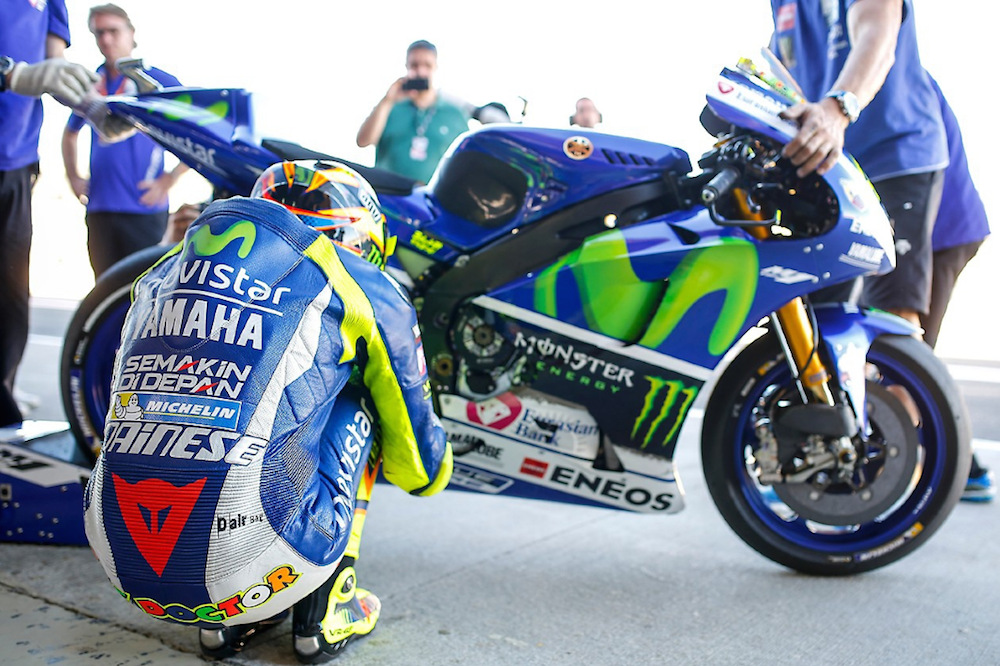