Grom1 Honda MSX1251
2016 looks as though it’s a year commanded by cosmetics and shrewd mechanical tweaks for Honda. Africa Twin aside, the Big H’s focus has... 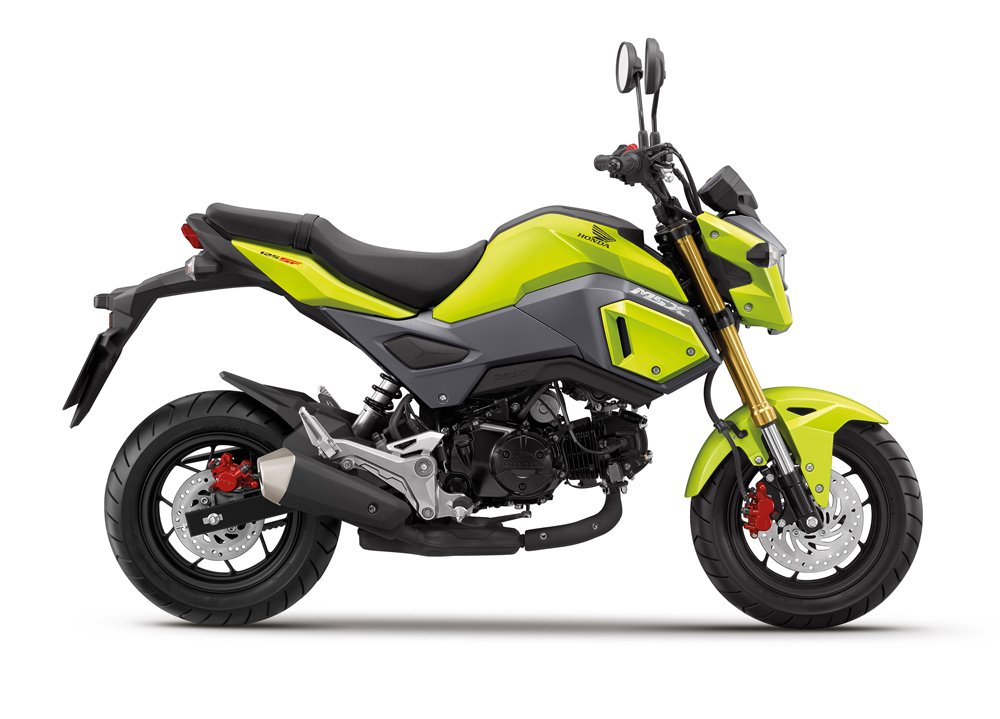 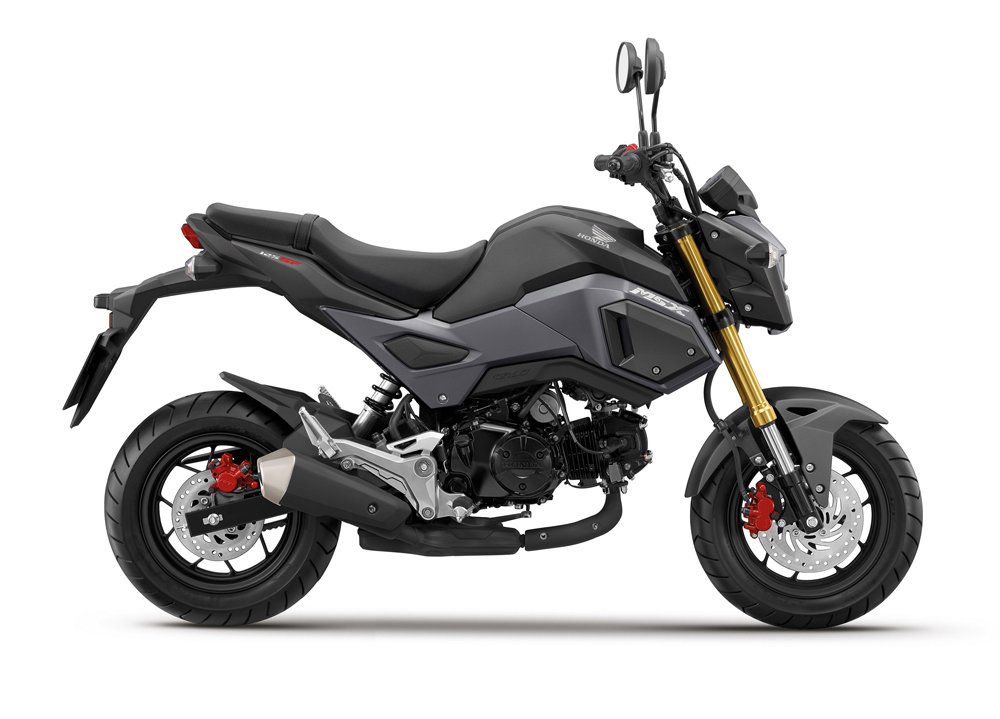 2016 looks as though it’s a year commanded by cosmetics and shrewd mechanical tweaks for Honda. Africa Twin aside, the Big H’s focus has clearly been on budget middleweights and A2 derivatives (bikes that sell and make money), with a medley of aesthetical updates bossing the MY16 headlines.

On being notified of the press release entitled, ‘MSX comes out fighting for 2016,’ we got fairly excited about the prospect of an all-new Grom. But, like many of its models, Honda has lavished a heap of styling changes on the mini-streetfighter.

The crux of the original MSX remains for this season – initially launched in 2013 – and hardcore fans have already vented their displeasure at the underslung exhaust, which kinda softens its lines (let’s blame Euro4, or something). Along with the exhaust, there’s a new fuel tank which flows into fresher, sharper visuals, and new stacked LED headlights for 2016.

The steel mono-backbone frame uses square section tubing and is controlled by fairly decent suspension, and its 101kg kerb weight (with juices) ensures it handles like a crisp bogey. Remaining unchanged from the previous model, the 125cc two-valve, air-cooled motor is based on Honda’s generic and well-used powerplant. Although we’ve seen bonfires with more technology, it’s still provides epic thrills – especially with the barrage of big bore mods offered. 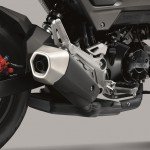 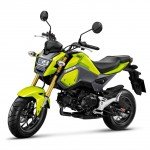 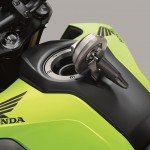 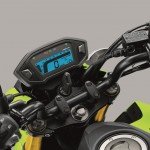 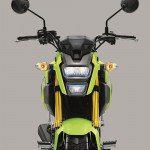 Braced swingarms, pukka suspension, race exhausts: if you can imagine it, there’s more than likely a mod available for the MSX, including a 1299 Panigale engine transplant. I can’t think of another learner steed that’s caused such a global frenzy, and been so universally accepted as the MSX. With 12” rims and a 765mm seat height, the Grom isn’t solely designed for bona fide dwarfs: fully-grown adults, old enough to buy/insure/crash adult-sized motorcycles, have whipped the MSX into a marvel originally designed for the learner market, and over 250,000 units have been sold in Thailand alone – its place of manufacture.

I know a mate acquaintance that drives his Citroen Berlingo into the suburbs of London, whips out his Grom, and rips up the rest of his commute into the city. Tiresome at speed, the MSX was intended to cause havoc in urban surroundings. It’s almost as if Honda thought, ‘that Suzuki VanVan is a bit shit, let’s build a proper one.’ MSX = Mini Street X-treme.

Get your Grom out. Show us yer Grom. Grom it to us. Grom.