Dakar13
Pics: Red Bull/KTM As the 2015 Dakar draws to a close for another year, the toughest race on earth has been another toughie. The... 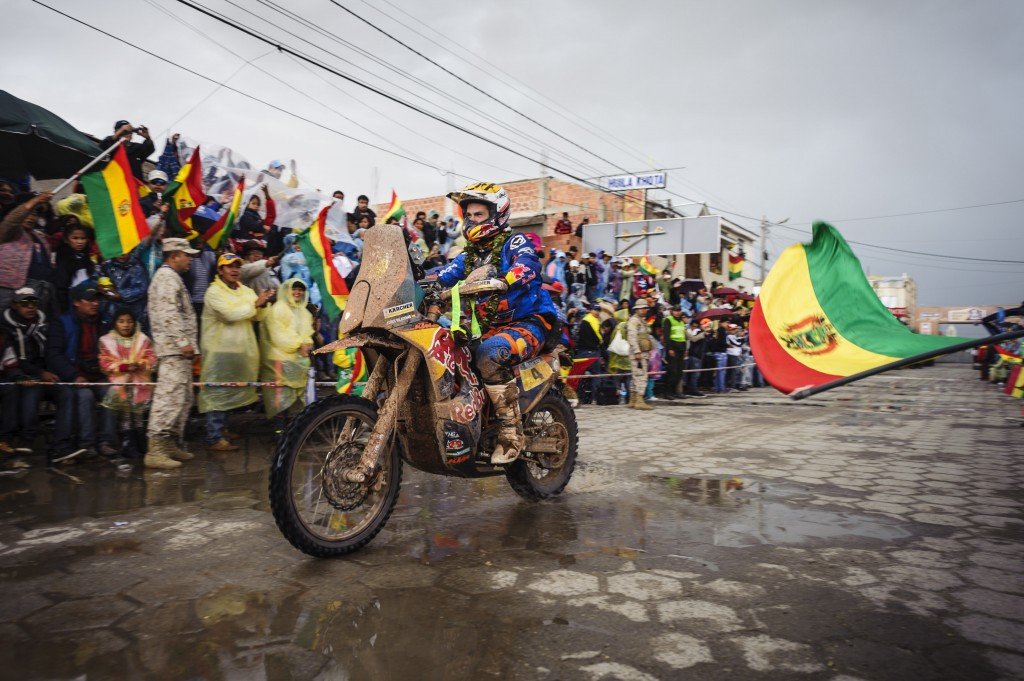 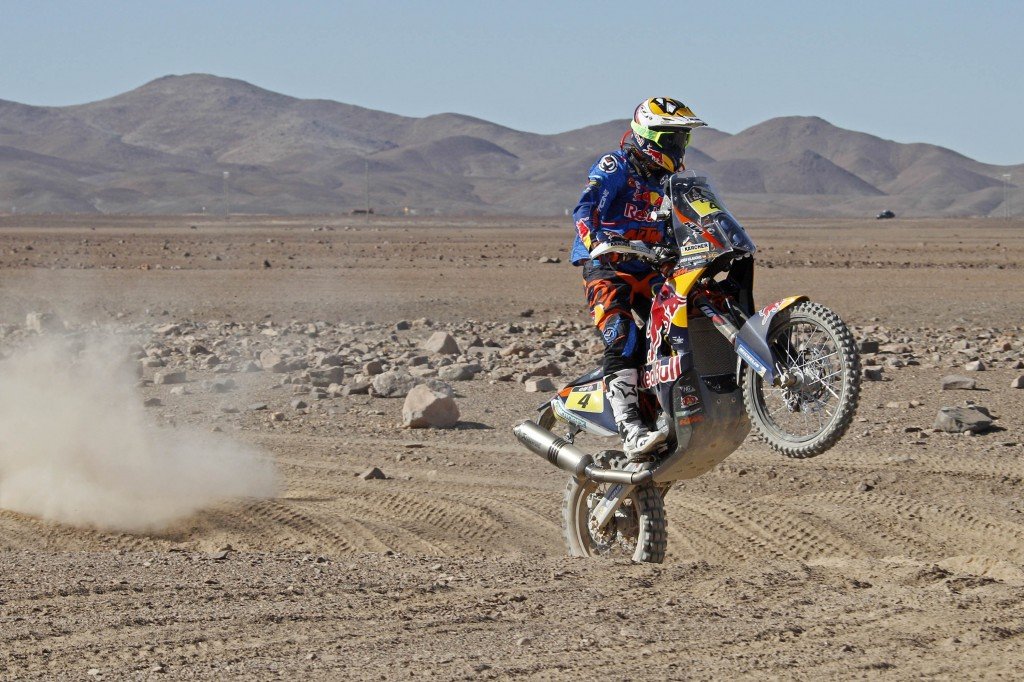 As the 2015 Dakar draws to a close for another year, the toughest race on earth has been another toughie. The extent of its exertion and harsh reality hits home with loss of life, huge crashes and numerous injuries. This isn’t a glamorous tour of South America – excuse the cliché, but it’s the ultimate test of man and machine.

While daily coverage can be found on Eurosport, the race doesn’t get the exposure it deserves and bikes usually play second best. Thanks to the digital age and social media, accessibility has been improved and highlights are often shared across the globe.

Jon Pearson is a freelance journalist, off-road expert, and annoyingly decent on any motorcycle you can throw at him. JP has been keeping the world up to date on SP FiFTYONE’s Dakar progress – the father and son team of Simon and Llewelyn Pavey. 44Teeth grabbed ten minutes with JP to better understand the marathon event, rather than simply compile a wanky race report.

Tackling the best (and worst) that Argentina, Bolivia and Chile can throw at the riders, this isn’t a race for anyone. The entry process has been revised, so it’s trickier to get a spot: not just any Tom, Dick or Fanny can rock up and play sand castles in the desert. It’s almost the opposite of the TT, where you had to do the Manx and prove your worth, but now any geezer can enter (within reason). 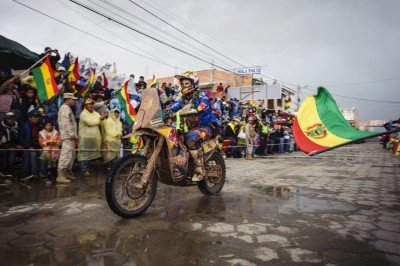 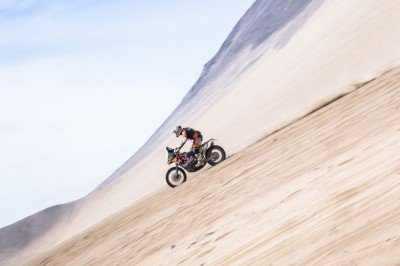 “The Dakar organisers want you to have proved yourself with results in other major off-road events on your C.V, and rightly so,” says JP. “It’s a dangerous sport and very easy to crash in top gear as the bike kicks out. The speeds are high for long periods of time, the days are long, and it’s physically and mentally tiring.”

Sure, it’s not the same as top gear on a S 1000 RR, but the terrain is bordering on lethal sometimes and everything comes as a surprise. It’s not like WRC rallying, where you have detailed pace notes. You’re riding on routes without any prior knowledge at all. You get a daily route card, although the organisers ensure that anything clearly dangerous is marked out.

“It’s hard to imagine what it’s like without ever doing it, but I’m getting a good picture of it from talking to Simon and Lel every other day,” reckons JP “Some days they’re laying in till 6am, but most days they’re up at 4am in order to have breakfast and be on the road before 6ish. It depends if the start is where the team’s bivouac is (transported by two helpers in a support truck) and there might be a 20km liaison on a road to the start area.”

I don’t know about you, but food is an essential part of my day. These lads and lasses don’t eat whilst riding. “Perhaps they’ll have an energy bar in the bum bag and a drink in the Camelbak, and at fuel stops they get water. But you don’t sit down hallway through and have your lunch.

“They try and have a decent breakfast before setting off. The organisers put on a catering tent at the end of every stage, so there’s food available pretty much 24hrs a day. When you get to the end of a long day like that, sometimes riding for 12 hours, you have to eat, and you can’t help yourself. You turn into a bit of an animal, as it’s the instinctive thing to do. Your body wants to consume anything,”

And those energy drinks and recovery gels are massively effective. When Simon and Lel get back every night, they’ll have a few pints – of strawberry shake to revive and reinstall the lost salts. 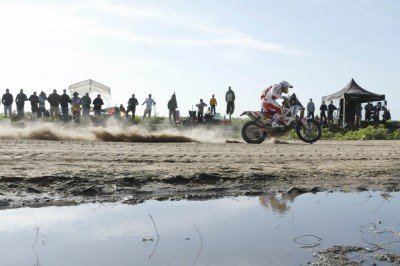 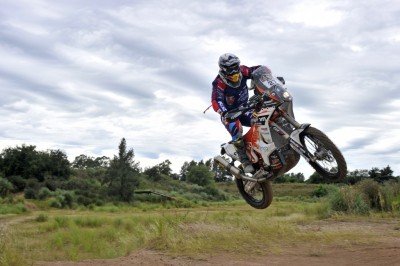 Simon and Lel, and most other competitors get back after a stage, where someone works on their bikes while they sit and relax. Meanwhile, ex-MotoGP rider, Jurgen Van Der Goorburgh is on his own – no mechanic, no helpers, no fluffers, no Uccios. He’s joined by 20 others who are doing the entire Dakar totally solo. There’s a space in an articulated lorry, your four aluminium boxes with name and number, and you crack on. It doesn’t bear thinking about.

“Times have changed, it’s more organised, better put together as a sport and an event, but it’s also more expensive, more serious, and the riders have to train harder.”

The entry to the Dakar alone is hugely expensive – around £50,000. You can double that to pay for other stuff to make sure the job is done properly, such as enough tyres for 14 days riding (they change every night to ensure the moose lasts).

Another Brit rider, Chris Cork sold his house to compete in this year’s Dakar. He’s got a partner and kids, but retired after day 4 of the event. That’s the definition of commitment to a dream. 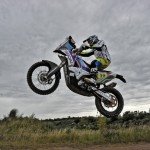 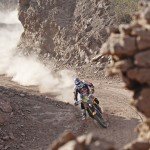 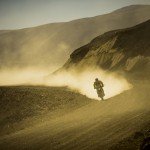 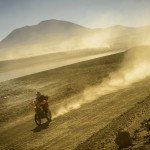